The Black Farmer Story: Wilfred Emmanuel-Jones Embracing Uncertainty in Farming and Beyond 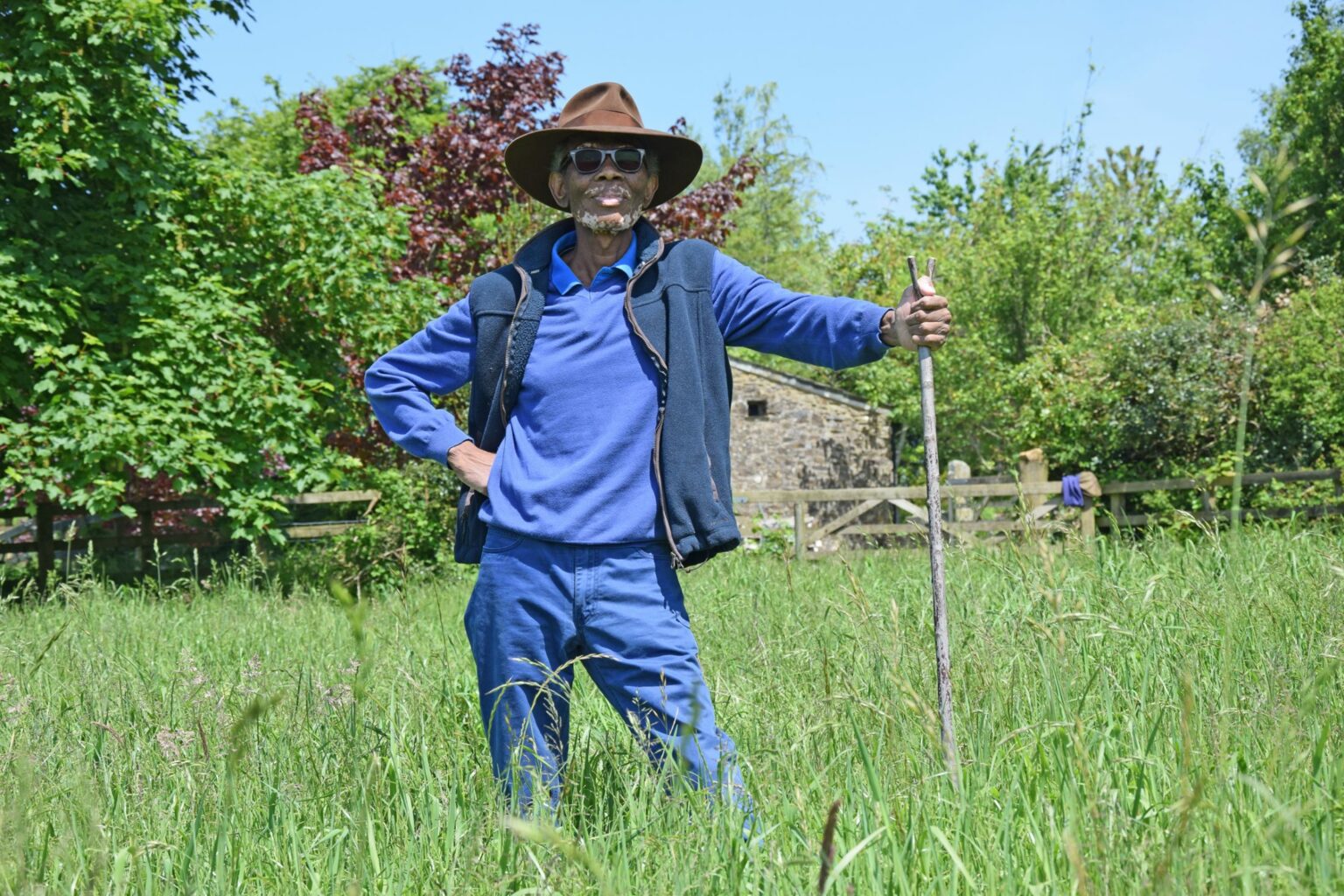 The Afro-Caribbean British businessman shares his motivational journey to success.

Childhood aspirations are often the fodder for success in adulthood, but many well-intentioned individuals go astray as life happens. For Devon-based Wilfred Emmanuel-Jones, also known famously as The Black Farmer in the United Kingdom, a promise to himself as a 10-year-old boy tending to his father’s little plot of land helped him stay the course. Despite the curveballs thrown his way, the entrepreneur and author has persevered on his path to success.

Emmanuel-Jones’ love of caring for his father’s land allotment translated into a lifelong pursuit, one he eventually attained. The 30-acre piece of farmland that he has owned for about 25 years now is used primarily for dairy and as grazing grounds for beef cattle. It provided the gateway to his brand, The Black Farmer, that since around 2005 has sold award-winning food products such as cheese, sausages, burgers, chicken, pork, eggs, crisps, teas and coffees.

None of that occurred by happenstance. Born in Jamaica and raised in the U.K., Emmanuel-Jones came from humble beginnings. His parents moved for work and together with his nine siblings, they lived in a small home in a not-so-desirable neighborhood. From dropping out of school to getting kicked out of the Army and eventually working in the food and drink space in different capacities, his journey has been filled with unexpected twists.

“I was brought up in a place deprived of all opportunity, but everything I experienced was all designed for me to own my farm,” he says. “It took me 40 years, but that is everything that I did.” The only member of his family involved in farming, he is quick to admit he is not a hands-on farmer. “I am more of a gentleman farmer. I go all around the country pontificating about it and my neighbor does all the work,” he shares.

Diagnosed with acute myeloid leukemia about six years ago, Emmanuel-Jones is glad to have survived after having a stem cell transplant. “There’s nothing like nearly dying to help give perspective in life. We fill our lives with a lot of the white noise of living, but when it comes down to it, it really doesn’t matter,” he says. “When you’re on death’s door, it helps you to absolutely focus on what really matters. That then inspired me to write the book.”

He is referring to his book released last year, “Jeopardy: The Danger of Playing It Safe on the Path to Success.” “I am trying to say to people you can do anything that you want if you are able to make a friend of uncertainty. That is the key to achieving anything,” he says. “I know what it’s like to live with uncertainty. And life is pretty good when you can come to terms with it. The real devil is this need for certainty.”

It’s this appetite for risk-taking that Emmanuel-Jones choose to stick with The Black Farmer for his brand name despite many naysayers. He has gone on to be featured widely in British media for his work in the local food sector as well as his diverse product range. The brand also specializes in gluten-free products aimed at the mainstream yet acceptable for people with gluten intolerances. He has plans to expand to other markets and is hoping to launch his product line in the United States in early 2021.

His market-savviness introduced The Hatchery, where he works with entrepreneurs launching food and drink ventures. He helps develop their brands and visions with the prime focus being that they are mission-driven businesses. Another effort is The Black Farmer Scholarship Scheme to get young people to come to his farm to teach them where their food comes from that aired as a national television documentary feature.

Emmanuel-Jones acknowledges farming is not an industry that people of color tend to enter in the U.K. He has been spending much of his energies in the recent past trying to get people to connect with rural Britain, especially people of color. For the positive impact he has made in his field, he was recognized with the Member of the Order of the British Empire on the Queen’s Honours list earlier this year. “I had a good start to the year, I am touched and overwhelmed,” he says.

But his work isn’t done. He continues to advocate to bring more awareness about food and farming to urban communities. According to Emmanuel-Jones, farming or food production is not seen as a noble profession and that needs to change. He compares it to the culinary world where cooking was once viewed through a similarly unfavorable lens but underwent a dramatic change in perception with the rise of celebrity chefs.

“We need to sex up the farming industry just like the food industry has been sexed up with people like Gordon Ramsey. Young people aspire to that,” he says. “You don’t get young people aspiring to be a farmer or food producers and that’s one of the challenges I have set myself in the U.K. is to become a face of sexing up farming and food producing for people to see that there are some new and exciting ideas going into it.”

Be sure to check out this video which highlights the work of The Black Farmer. 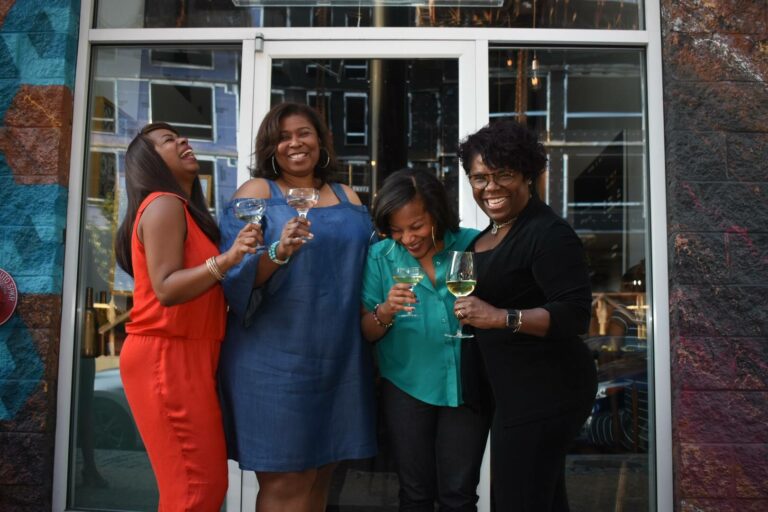 The Swirl Suite: More Than Just a Wine Podcast, It's About Community 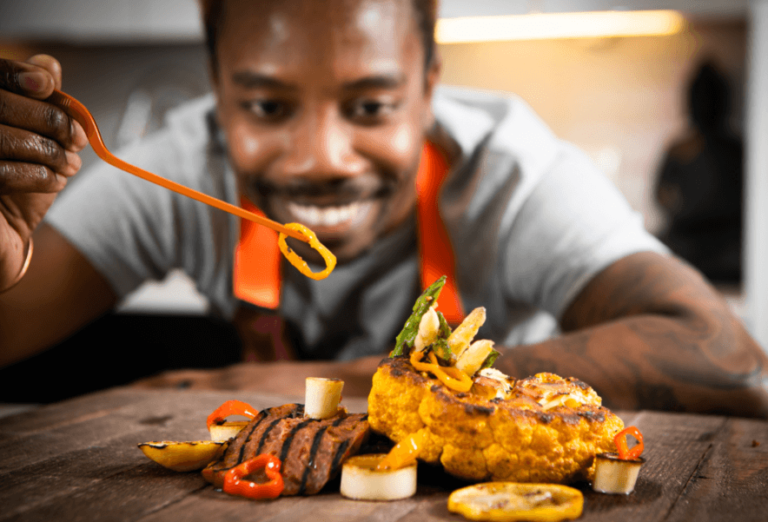 Enhance Your Palate with Vegan Cuisine From Ed Harris 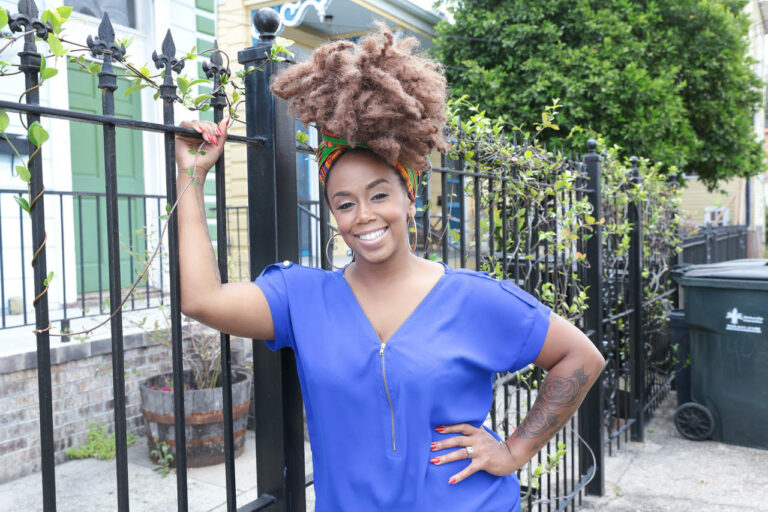