Tinashe Nyamudoka’s Discovery of Wine Leads to the World Stage 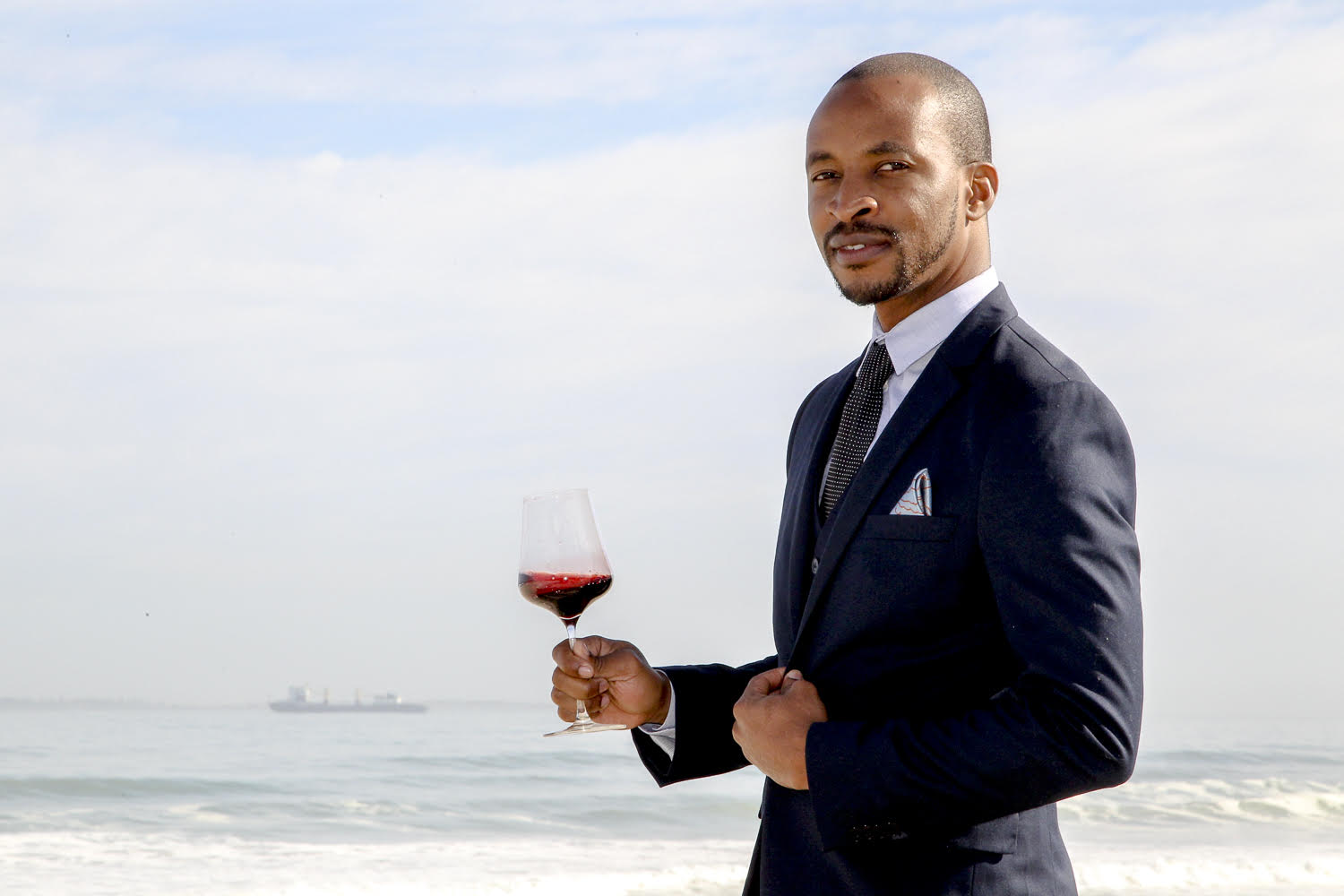 As head sommelier at The Test Kitchen, 2019’s best restaurant in South Africa, Tinashe Nyamudoka has been tasting his way through the wine world for more than a decade. But as with any tale of triumph, Nyamudoka’s success wasn’t linear and he’s got a few more tricks up his sleeve.

Entry Into the World of Wine

After escaping civil unrest and hyperinflation in Zimbabwe in 2008, Nyamudoka set his sights on South Africa. There, he hoped to take his experience managing supermarkets and flip it into a profitable career. But once he landed in South Africa, he faced a brutal reality check when he realized supermarket jobs weren’t readily available to Black people like they were to white and biracial people.

He was soon hired in a bakery where he learned the ins and outs of baking bread, but after some time, Nyamudoka was eager to increase his earning potential and upon hearing whisperings of a booming restaurant industry, he decided to switch career paths.

RELATED: Pardon Taguzu’s Wine Legs: From Zimbabwe via South Africa to the Netherlands

The search began with Nyamudoka fudging his CV, adding experience he didn’t have and blurring some details to land a coveted restaurant job. But on a few of the resumes he’d distributed, he told the truth about his bakery experience. And it was that honest resume that landed Nyamudoka his first restaurant job in South Africa. In late 2008, during the interview process, they asked what he knew about wine, to which he replied, “I know there’s white wine and red wine.” The restaurant had a program called “Let’s Sell Lobster,” where they accepted individuals without prior experience and taught them hospitality and wines.

There was an extensive training period, with plenty of material but Nyamudoka took to the bookish parts of the curriculum. “They likened wine grape varieties to animals; cabernet was like the elephant, thick skin, the king of the jungle, big and powerful. You’ve got chardonnay like a fish eagle – colorful, king of the birds. It was very interesting.”

Growth as a Sommelier

While the responsibilities of this first restaurant position were mainly polishing cutlery and clearing tables, Nyamudoka had no doubt where he wanted to be. “I’ve always accepted what I have and what I don’t know… but I could say, ‘How do I get to be the waiter?’”

He made his way to the One and Only hotel group in 2009 where he would work at world-class restaurants such as NOBU and Maze by Gordan Ramsey moving from wine butler to assistant sommelier and then sommelier over his five-year tenure. His gained knowledge and experience would eventually help him enter and win the Inter-Hotel challenge—a competition where restaurants team up one chef and one sommelier to compose pairings that were subject to rigorous judging.

Along the way, Nyamudoka grappled with his desire to finish his undergraduate accounting degree. He was ascending the ranks from wine waiter to wine butler and eventually junior sommelier, but still wanted to explore his accounting studies and accepted an open finance position within the company. It didn’t take long for him to realize that this pivot was not as fulfilling as he thought and it was at that point that Nyamudoka decided to make wine his career.

After a sommelier stint that lasted a year and a half at a hotel in Durban, Nyamudoka was introduced to the team behind The Test Kitchen and has been there since managing the wine and beverage program. He’s won a number of awards including best wine service in the Eat Out Guide.

The Birth of Kumusha Wines

In between a full-time sommelier role and wine judging, Nyamudoka wanted to dig deeper into the wine world and explore his entrepreneurial side. The original goal was to create a wine society for Zimbabweans, but after enrolling in a wine business program he was instead encouraged to create a wine brand. Kumusha Wines was born.

To the Shona people of Zimbabwe, kumusha means “one’s home, roots, or origins.” And the Kumusha wine label has Nyamudoka’s grandfather’s rural home wrapped around it. “When I was doing wine studies, one of the focuses was to associate oneself with these European fruits. I’d never seen a currant, I’d never seen a blueberry.” So to Nyamudoka, creating his own wine was a way to bring a familiarity of scents to people who didn’t know them. He associated indigenous fruits with the more widely promoted European fruits. He might pick up an indigenous fruit in a cabernet and get a whiff of a familiar herb in a shiraz. By associating wine notes with foods he grew up eating, Nyamudoka was able to easily teach himself and hopes to share that intel with others through his own bottles.

He blends Kumusha Wines to his own tastes and according to foods or what excites him and hopes to change wine culture by integrating his home and encouraging more Africans to pick up a bottle. “Wine is sold to us as a commodity. There’s not that feel of culture or socialization with wine or incorporating with food.” He wants to see the experience and culture in a way that wasn’t part of his culture growing up. For now, his current red and white offerings are sold in Europe at Africanwines.nl.

Nyamudoka has tried his hand at growing grapes and making the wine himself, but opted to partner with winemakers who are passionate about their product so he can focus his attention on the blending of the wines, a talent he’s turned into a consultation for other wineries as well.

The sommelier and winemaker also lends his talents as a wine judge, participating in competitions and tasting up to 160 wines a day. There no doubt his palate has a strong point of reference for how a quality wine should taste.

Wines have taken Nyamudoka around the world so far, but his roots will always be based in Africa. He wants his wines to go from “Cape to Cairo,” with a goal of growing bigger in Africa than anywhere else in the world.

Nyamudoka has a hefty challenge ahead of him. His target market isn’t frequenting restaurants, so he needs to get the wine directly in front of consumers. He hopes to bring representation to the entire supply chain – distribution, retail, production, and of course wine service. “My ambition and drive are to see if I can control my wine business from production until someone is opening the cork. And if I’m not doing that, I want to inspire someone to start it.”