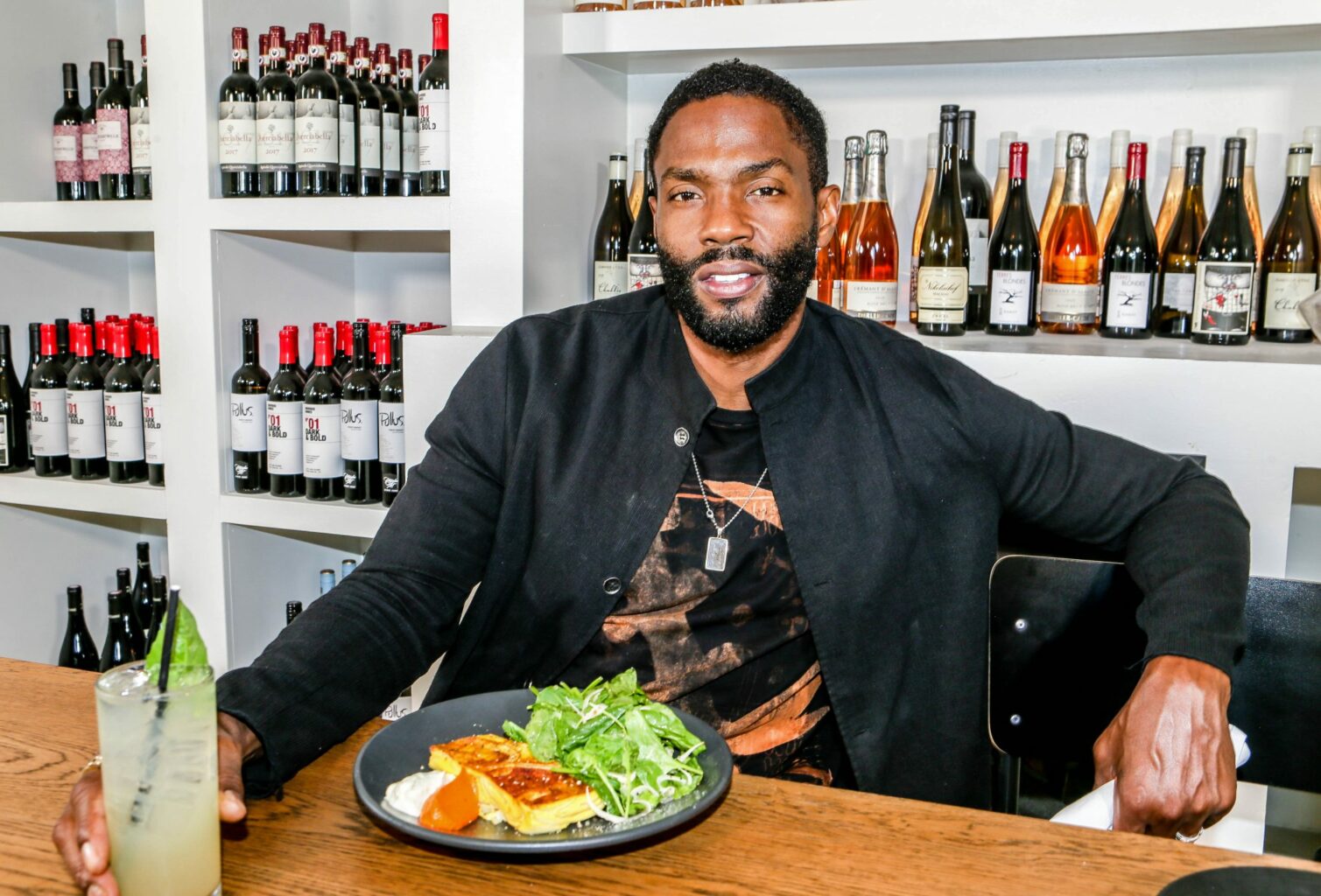 There's something extraordinary about Tobias Truvillion, an award-winning actor, model, film producer, philanthropist and entrepreneur. Truvillion is charismatic, gaining international attention for his acting, and you can count on this talented thespian being around for a long time.

Growing up in Queens, New York, Truvillion took advantage of the opportunity to explore a career in professional modeling and acting.  He started as a model for the Ford agency, and he was featured in fashion magazines in the mid to late 90s. While modeling, he dreamt of becoming an actor. Later, he would enroll in acting classes at the iconic National Black Theater in Harlem and nurture his craft by appearing in numerous plays in New York.

“Once I got the acting bug, it was no turning back.  Acting was something that chose me.  It was things in my life that pushed me in that direction. I had some really good people around me, and they embraced me and brought me inside Black theatre.  They guided me on the craft.  I learned the history about the people before me.  It intrigued me, and I definitely give a lot to Black theatre.  It molded me and helped establish my foundation,” says Truvillion.

Having a career that spans over two decades, he says,  “The most challenging part of acting I would say is preparation.  You have to stay prepared physically and mentally.  You have to stay ready, so you won't have to get ready.  Also, being able to work with rejection.  If you don't have tough skin, this isn't the game for you.”

Journey to a Healthy Lifestyle

Although Truvillion enjoys acting, he also knows his way around the kitchen, and he is passionate about cooking, eating healthy, exercising, yoga and taking care of his body.  The New York native indulges in a plant-based lifestyle and speaks highly of the rewards.

“I was eating meats and greens, and then I went plant-based about four years ago.  Making a lifestyle change wasn't easy at first, but I feel amazing, and that goes again to my platform about healthy eating. I love being a vegan. I love the results.  I love the effects on my body. I love food.  I love entertaining. I love cooking.  I enjoy sharing it with people,” he says.

You can hear it in his voice when he speaks, Truvillion is serious about healthy eating and people taking care of their bodies. When he is not acting or preparing for a role, you can find him in the kitchen creating his special dishes.

He also plans to publish a vegan cookbook in the near future. “Some of my favorite vegan dishes include morel mushrooms.  I love morel mushrooms.  They are a delicacy.  They have a good taste to them, and the mushroom is very versatile.  I love fruits. I love watermelon.  I just love the challenge of eating correctly.  My carbon fingerprint has gone down as a result of my choice to eat plants.”

He adds, “If I wasn't in entertainment, I would travel to different countries to try new food and do pop-ups to share my experiences with others. I kinda do it now with  my vegan pop-ups.”

“Health and fitness have always been a part of me.  I always ate lean meat and greens. My grandfather was a 5-star chef and my mentor was a good cook.  I've always tried my best to live a healthy lifestyle, taking care of myself physically, mentally and spiritually.”

To change from eating unhealthy to healthy, one may have to make some serious changes to the type of foods they are putting in their body and incorporate some kind of physical activity. “You have to unlearn everything you learned about food.  They get us hooked from birth on sugar. Instead of using white sugar, use dates. Instead of using milk, I make my own milk out of seeds and nuts,” he says.

He adds excitedly, “I love my tuna fish that I make out of chickpeas.  I make eggplant zucchini.  I make alkaline milkshakes and desserts that's real good.  I eat ice cream that has a coconut base.  I make smoothies with sea moss, different nuts and seeds, coconut water, dates and natural cinnamon. I can eat on the hour, every hour and be fine. It won't do your body wrong.  You can eat to live versus living to eat.”

Not only can Truvillion give great advice about cooking and eating better, but he has also started two companies, Tru to the Cor and Tru Food Academy, to help people and to educate one on starting and enjoying a plant-based lifestyle.

Tru to the Cor teaches one to stay honest with yourself and to always check with yourself before you make any decisions. Truvillion also has his own line of wild-crafted sea moss from the island of St. Vincent that he swears by. Wild-crafted sea moss is the best, according to the accomplished actor.  “I think everyone should put sea moss in their system. I think 2-3 times per year, people should do some type of detox for ten days to allow the body to rejuvenate and detox,” he says.  “There's so much going on in your body, so you need to fast 2-3 times per year.  You should give your body a chance to rejuvenate and replenish.”

Truvillion is passionate about being a positive role model and reaching back and teaching drama to kids.  It only seems natural since he met tons of people in the Harlem theatre that constantly supported, nurtured and schooled him.

Truvillion and his wife, Michelle Morgan-Truvillion, work closely with artist director Rodney Gilbert of the Advantage Arts Program for Youth at the Dr. Marion A. Bolden Student Center in Newark, New Jersey.  Since 2009, they've been an inspiration to hundreds of inner-city high school students. They teach acting, video production and editing, and film storyline production.  The students also have an opportunity to create short films, music videos, perform theatrical plays and musicals and take courses at Drew University and earn college credits.

When asked what legacy he’s leaving behind, he says, “I think my legacy is breaking all the generational curses.  I think we've been lied to about food.  We have backward ways of eating. We've adapted to a certain way of eating.  It's actually killing us. Your health is your wealth. And how we treat people. Of course, we want to talk about financial security and breaking the chains, but we aren't eating correctly. All for naught, but we fall into that space because we are misguided.

“When you think about my artistry and my work, my message is love and how to treat people.  My legacy is also about teaching people about who we are as Nubians, learning and unlearning some of the spells that we cast on ourselves.”

What's next for Tobias Truvillion? He is currently filming a Christmas movie and is slated to star in several upcoming films.

Atlanta-based Angela P. Moore is a writer, journalist, photographer and soon-to-be author. She is the founder and owner of APM Public Relations & Co., and Angela P Moore Photography. She lived abroad for several years and loves traveling and cooking and is on a mission to experience the entire world. 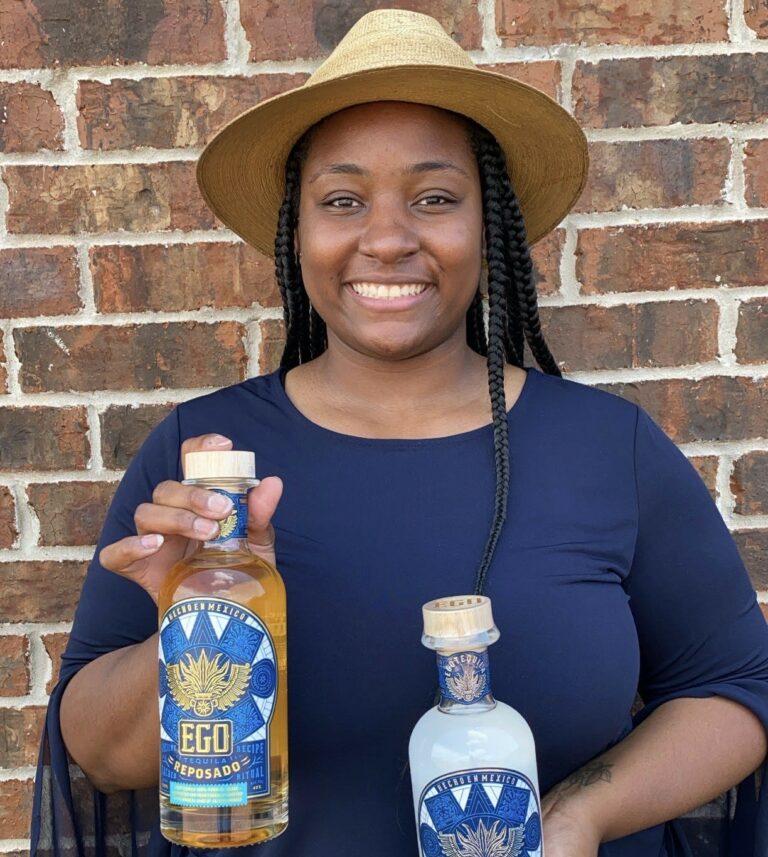