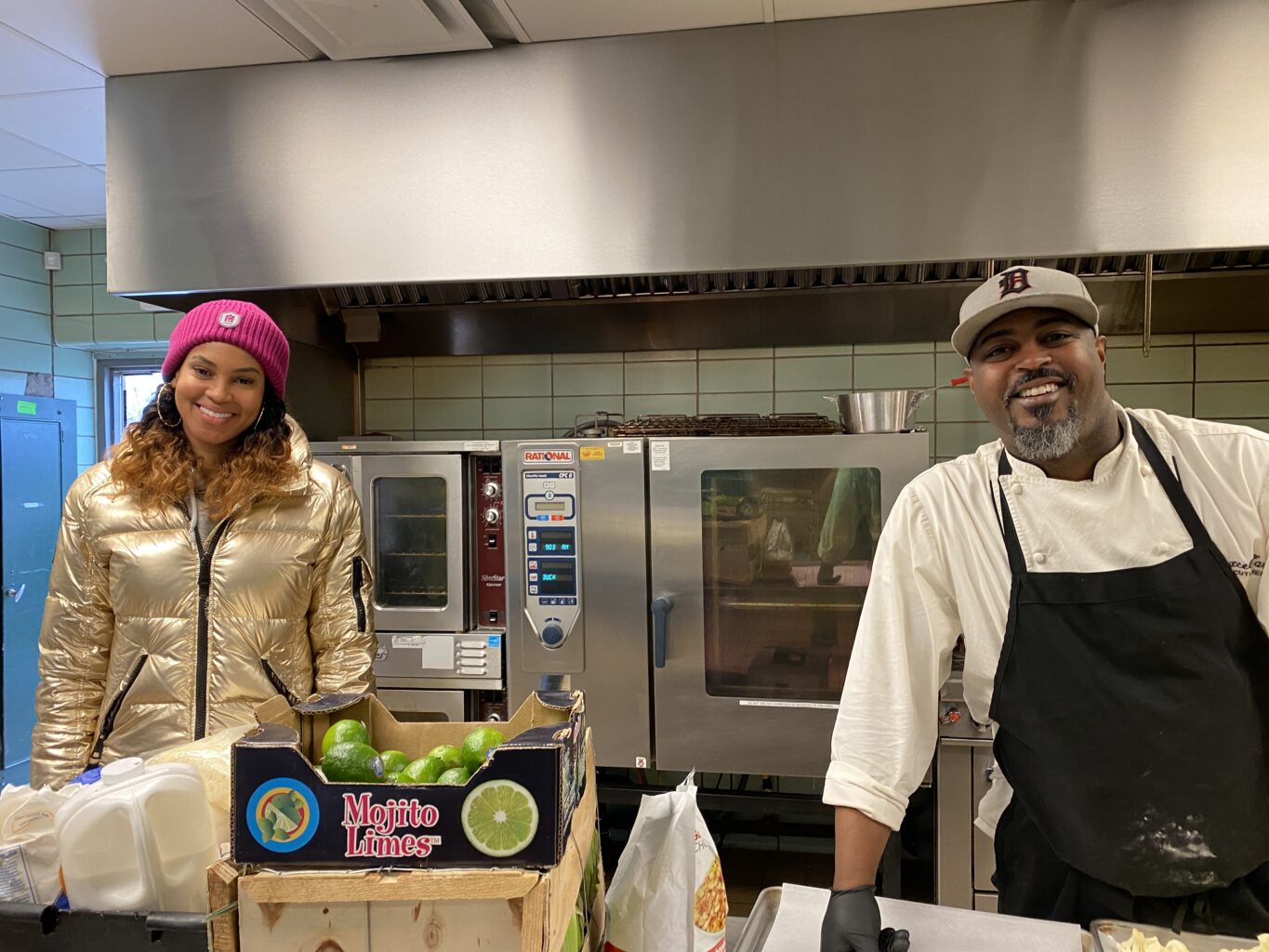 It’s the middle of March in Michigan and Governor Gretchen Whitmer has just enforced the stay-at-home order. Detroit, known as the “Comeback City,” has become a ghost town overnight. The thriving small businesses and multitude of diverse consumers have disappeared. No one is cruising down the infamous Woodward Avenue in a locally made automobile.

What was once a vibrant city is now at a standstill. The atmosphere is disturbingly familiar to what it was two decades ago. But where some people may see defeat and despair, Detroiters see opportunity. We see an opportunity to help others in need.

I had the esteemed pleasure of chatting with chef Phil Jones about one opportunity in particular. Jones and I have cooked together for events in Detroit on numerous occasions over the past six years, so I knew I was in for an inspiring conversation.

Can There Be Too Many Cooks in the Kitchen

Several Detroit chefs and restaurateurs have come together to help their community during these unforeseen times. They’ve successfully established an initiative that focuses on preparing and donating food during the coronavirus pandemic. They call themselves Too Many Cooks in the Kitchen for Good.

This effort has been extremely effective, providing food to approximately 450 people per day. “A lot of the preparation has been soldiered by Chef Max, as well as some culinary students,” says Jones. He continues, “Chef Genevieve and I have mainly been focusing on procuring products. At first, we were a little bit unsure about how to proceed, but now we have some protocols in place; and social distancing is extremely important.”

Hardy, who’s the head chef of the initiative, is mainly responsible for partnerships and food coordination. “The food is delivered by our food partners and then prepared by the stock we have. Our partner organizations come to pick it up, or we’ll go out into the communities and other front-line locations to deliver the prepared food,” shares Hardy. They also prepare healthy options for those with dietary restrictions.

To launch, each chef and restaurateur put in their own products. “I donated a couple hundred pounds of rice, as well as some prepared meals,” says Vang. Then they were finding food wherever they could, even purchasing necessary items at times, but it still wasn’t enough. Fortunately, it didn’t take much time before major suppliers started contributing to the cause. Cherry Capital Foods, Sysco and Del Bene Produce have all supported Too Many Cooks in the Kitchen for Good.

“It’s been coming from a lot of different places. Our community really has stepped up,” says Jones.  “I think our initiative with Too Many Cooks is a way forward because we’re teaming together and we’re working together. This is a collaborative initiative and this probably has to be our food future. So working as one in these circumstances will give us more power, will give us more say.

“I think that anybody would be hard-pressed to not listen to the five of us as a collective moving forward. This has garnered a lot of attention. Even CNN has picked up the story. It’s on TV, it’s in print and it’s being talked about on social media.”

Jones hopes the result of this exposure will educate people so they’ll understand the importance of local, fresh food.

How Did We Get Here

Did anyone catch that? Four hundred and fifty people a day served on average. That’s a lot of people in Detroit in need. The homeless and the hungry population is in quadruple digits. How did we get here? Why has it come to this? What would have happened to these people if Too Many Cooks hadn’t come together and stepped up? Is it responsible to move forward once the pandemic dwindles without addressing the issues or attempting to identify where the problems lie?

My answer is no.

I proceeded to inquire about the injustice of food insecurity with Jones to get his perspective on things. Before 2013, Detroit was considered to be a food desert. Was it true and is it still true today? “Well, I’ve always had a problem with the phrase ‘food desert’ because that means food is not available. A better phrase is a food swamp because we have food available, but it’s horrible in the sources.

“It’s actually pathetic. We have a broken system.  That much I can say. It’s changing, but it’s a slow change. This pandemic might even push that narrative forward,” says Jones sharing his culinary insights that expand over more than 20 years.

“Our initiative was the right thing to do because the homeless had no one else to help them at a desperate time like this,” Vang states.

Jones adds, “We really don’t know the plight of the homeless. We don’t know these issues affect them even more drastically than those of us who have resources. We had some poor policy decisions in the state of Michigan that created this issue, so now we need to address them.

“I remember when we didn’t have the number of homeless on the street because we had facilities and treatment centers and things like that. A certain governor wiped them out and so we’re here now. A lot of that is going to be addressed in the ballot box in November.”

What’s Next for Detroit After the Storm

This leads me to wonder what’ll happen as the initial impact of COVID-19 phases out and election season fades in. President Trump has already started the conversation about bringing the U.S. back online so that the country can get back to running again. The government has also implemented CARES Act 1 and 2 to help the American people get through these trying times, but many wonder if the money is getting to those who really need it.

“We already have funding issues and it looks like that’s going to be exacerbated. We’re seeing that happen, for small businesses in general, but it’s extremely bad for Blacks with small businesses,” says Jones. It’s really disturbing, but it’s an opportunity for us to actually highlight the fact that it exists.

Understandably so, but let’s not forget our history. Detroit has had a reputation for being the leader in a number of industries: music, automobiles, basketball, and so much more. Jones also reminds me that Detroit was once known as the Paris of the Midwest.

Can the “Comeback City” comeback again perhaps bigger and better? And will we add “leaders in the food industry” to our realm of popularity? It’s my prediction the collaborative culinary blueprint Hardy and his colleagues have developed will be adopted in other major cities across the U.S. “I’m hoping so,” Jones agrees.

In regards to where we go next, Jones says, “We need to re-examine what we’ve been doing because none of it makes sense. I mean, it didn’t work for me. I’ve been able to carve out some success, but it’s been a hard road. I’ve had to play the politics game. I’ve had opportunities given to other folks that were less deserving and didn’t work as hard. I think the big thing is we have a team now. We’re actually creating this continuity that could go forward and be helpful in a lot of ways.”

I think the outcome (or the silver lining, if you will) to this pandemic will be beneficial to those who not only deserve it but also have that true heart for other people and helping other people. Jones agrees adding, “Yeah, because you’re actually getting an opportunity to see what lies in the heart of man. You’ll see who’s really for you and with you and the motivations become obvious.”

For more information about Too Many Cooks in the Kitchen, please visit www.TooManyCooksInTheKitchenForGood.org.