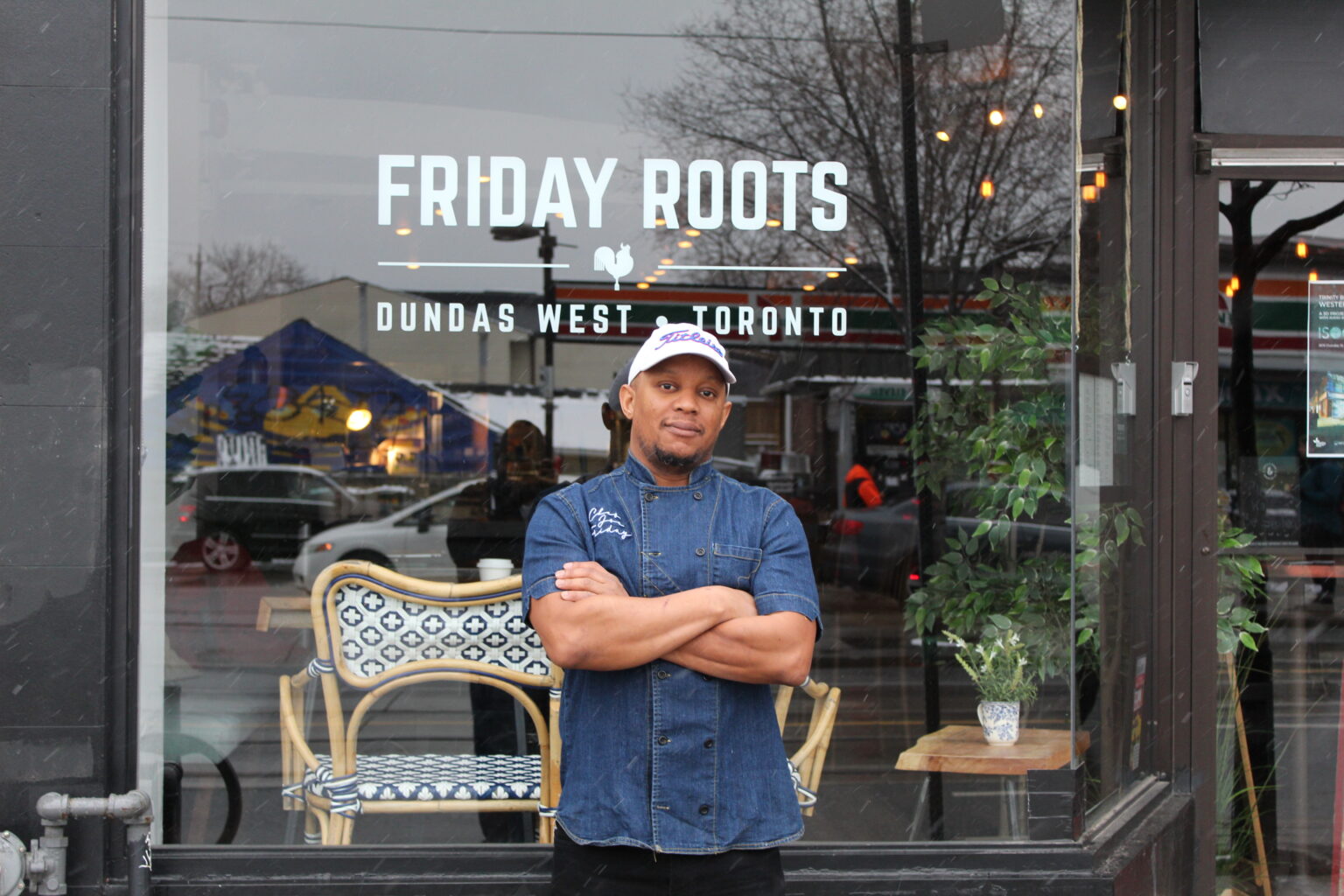 Chef Joe Friday was maybe always destined to a life in the kitchen, even though he didn’t always know it. His grandfather was a chef in the Navy at a time when, as an African American, it was rare to be allowed off the ship when it docked at ports. Perhaps his granddad’s lighter skin, being mixed Black and Native American, gave him an opportunity to get off the ship more to experience the food cultures from different parts of the world. Undoubtedly inspired by his Navy travels throughout Europe, when his grandfather retired in North Carolina, he opened a little Italian restaurant. Continuing in that culinary lineage, Friday’s father was a church pastor who was also an avid home baker, making pies and cakes for church gatherings. His mother was a home cook who even knew her way around a kitchen.

RELATED: Beko the Food Mixologist: Turning Up the Heat North of the Border

As a child growing up in a military family, his father was also in the military, Friday remembers traveling around the globe. He credits travel and his parent’s unsheltered style of parenting for introducing him to different cuisines. “We were allowed to explore different areas of Okinawa, Japan and the Philippines, which definitely helped spark my passion in food,” Friday says. Yakisoba, a traditional Japanese stir-fried noodle dish, became the base for his mother’s fried chicken version. “She would often merge her Southern food upbringing with traditional Japanese food, basically making what we call fusion food today before there was even a name for it,” Friday attests. Growing up in Okinawa as an African American child, Friday says, “I embraced the culture and I felt embraced.”

Friday studied martial arts there and notes, “though their culture is very different with its own class structure, as long as you stay in your lane and are respectful of their culture, you’ll be accepted.” His time in Asia and Europe would be extremely influential later in his professional career as a chef, even though he still wasn’t on that career path.

Let Travel Be Your Mentor

After moving back to the States, Friday pursued his dream of playing baseball for the major leagues which went sideways after a major sports injury. His lifetime of growing up around food culture influenced his next steps in becoming a chef. He landed at the Culinary Institute of America where, according to Friday, “I just put my head down and worked, which got me a whole lot of great opportunities as a younger chef.” These opportunities included working in kitchens around the world such as Nobu in Honolulu, Hawaii and with respected chefs such as Thomas Keller of The French Laundry.

When I ask him about experiencing barriers as a young African American chef in a traditionally vanilla industry, Friday says, “I just let my work ethic speak for me.” He adds, “There are Black chefs in America, like chef Edouardo Jordan of June Baby, who are crushing it with Michelin Stars and James Beard Awards and are who young Black chefs get to look up to today.”

When thinking about the change in the industry, Friday says, “When I was growing up, I was looking up to Escoffier and Marco Pierre White because there just weren’t any chefs who looked like me being represented on that level.”

“Travelling has allowed me to take any job,” Friday insists. “I’ve done some consulting for restaurants that do poke bowls which comes from my experience in Hawaii and while cooking in Norway and Japan. I’ve learned different ways to cook fish.” After a lifetime of travel, it was a romantic relationship that would bring him to his latest stop north of the border, Toronto, Canada. Since Friday’s arrival in 2010, he has launched and consulted on several restaurants to date. Friday’s most recent venture, however, Friday Roots, takes him back to his North Carolina roots and is a sort of love letter to the place where he was born. Friday Roots, which opened a year ago last February, is an introduction to Southern Low Country food. “To me, Carolina food is so beautiful and tasty,” says Friday.

There are restaurants that have done interpretations of Southern food in Toronto, but they’ve mostly been based on a mash-up of places. “I wanted to go with what I grew up eating in its simplest forms and one of the happiest moments of my life was when that project launched,” Friday beams.

To further make the point, Friday remembers learning to make a roux in culinary school, only to realize that his mother had already taught him how to make it, just without knowing the classical term for it. For Friday, who wants to take Southern food high end, this is just the beginning. “I feel like a lot of chefs in the past have been afraid to put fried chicken on their menu because of the unfortunate stigma,” Friday says. “I’m willing to embrace that part of my culture because really. Everybody loves fried chicken.”

Along with Friday Roots,  Friday also organizes chef-driven events through The Chef Collective, and operates a healthy meal prep delivery service named Grindz By Joe Friday. Be sure to follow on Instagram for more info.

Byron is a writer living in Toronto who has been published online and in print for local, national, and international publications. He writes essays, short stories, opinion pieces, and in-depth interviews. He also loves a good curry and mixes a decent old fashioned. Follow him on Twitter @ByronArmstrong6.