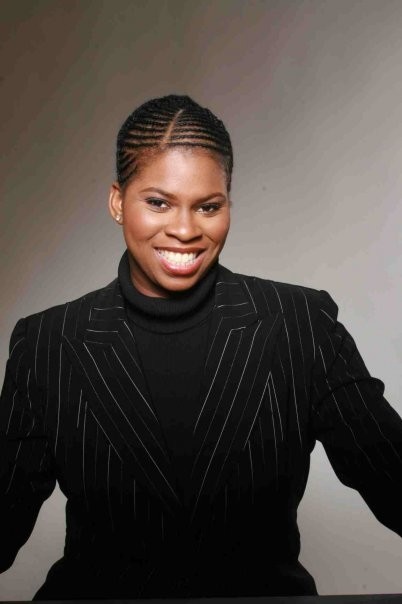 With roots that were four years in the making, the game has changed in the spirit industry since the release of Black Momma Vodka, an ultra-premium vodka developed and created by Vanessa Braxton.  Launched in 2013, the brand has quickly become a favorite among vodka fans as well as celebrities.

“In actuality, I have always wanted to do a spirit. My grandmother used to make a homemade wine, wasn’t a fan of it.   When you are in the engineering field you learn and know how to do specific things and you want to make products better.  So for me, I have always been a Ketel One drinker and I always knew I could make a formula if not better than Ketel One,” says Braxton.  At times, she suffered from headaches which prompted her to think about a formula that would eliminate this issue based on the choice of ingredients and the process.

Making History in the Spirits Industry

Born and raised in Brooklyn, New York, Braxton has an extensive background in the Corporate and Government industry.  Her experience working with the government eliminated all if any red tape for entry and provided invaluable connections that would eventually come into play as she planned to create one of the best vodka brands on the market. “For me, my journey of working in government and dealing with engineering led me to this path of doing this,” Braxton shares.

As the first African-American woman-owned and operator of a nationally distributed vodka brand in the U.S., Braxton is not only making history but paving the way for others behind her to create a product that they also love. “What I am doing is trying to open up doors for others and for also myself because I know the different avenues that I can navigate through my journey in life of working.”

With the name symbolizing strength and empowerment, Braxton says, “God honest truth I just woke up one morning and told my husband I am going to call this vodka Black Momma Vodka and he just said ‘Okay.’  It wasn’t a long thinking process. It was about me and that’s what it is.  100 woman, black-owned. But I also just relate it to other women of empowerment.  It is about mothers and women and what we do on a day to day and just having a product that is very good and that I am proud of too,” says Braxton who wrote each formula

for her game-changing vodkas and is licensed to write formulas for others as well as take it to any distributor in her national distribution network.  She is also a licensed exporter with plans to distribute throughout Asia.

Not All Vodkas Are the Same

Black Momma Vodka is distilled and filtered five times from corn through crushed diamond lava rocks and fused with Cascade Mountains Spring Water from Oregon for a gluten-free, sultry taste.  This year, true lovers of vodka in more 30 states will enjoy selections that include a Chai Tea, Green Tea, Pomegranate Tea, Peach Tea and Sour Sop Tea.  “I am the only one that is doing teas, period. Not flavored, all-natural. People are more health conscious of what they put into their bodies.  I know I am,” says Braxton.  In addition, she notes, “People want something that is new, different and also as close as possible to natural to pair with their food.”  You can enjoy Black Momma Vodka warm or cold, neat or on the rocks.

If the last name sounds familiar, that is because it is and Braxton, who is the first generation born in the U.S. whose family hails from the Caribbean country of Guyana, married into the talented family of the famed show, “Braxton Family Values,” with Toni, Towanda, Traci, Trina and Tamar.

Look for future collaborations between Black Momma Vodka and Trina Braxton who is a master mixologist and recently launched a company called Bar Chix that will work with women who have impressive bartending skills at parties and events.

For more information about Vanessa Braxton and Black Momma Vodka as well as purchase information, visit www.blackmommavodka.com.  You can also follow her on Twitter.