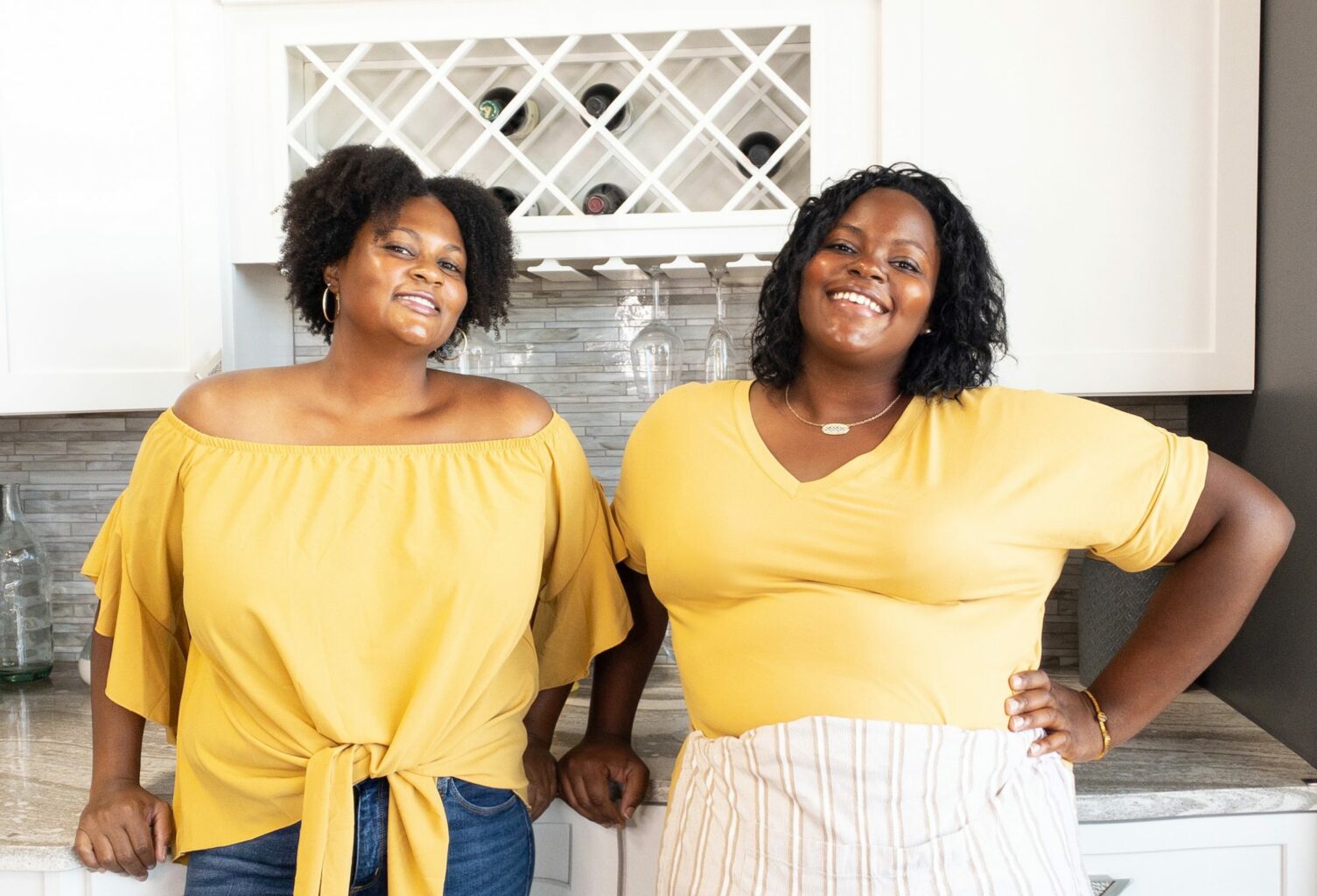 Mama Jannie's yellow home was the inspiration for the name of their burgeoning business. The Macklin sisters describe their grandmother's house as one that was hospitable and welcoming to all with a cake on the table or a pot of greens and neck bones on the stove ready to be devoured.

Like their grandmother, they aim to create recipes accessible to cooks of all levels. The goal is to provide advice and nuance for people to feel confident while creating these works of love.

“Hospitality is not your house; it's your vibe” – Ricca Macklin

Using their faith as a guide, the sisters believe that a positive spirit is the core of hospitality. “We embody the spirit of Christ to uphold these examples. He fed His disciples and people, and we want to walk in those same footsteps,” says Ricca. Believing that the spirit is at the center of hospitality, they strive to weave that into every recipe, seasoning blend and cooking class.

Their mother, Bettye Macklin, ran the kitchen of a local restaurant called Poochie's, owned by her late brother James “Poochie” Macklin. A popular spot in Shelbyville, Poochie's claim to fame was its pulled pork barbecue nachos. It was also the number one restaurant in town on Restauranteur in the mid-1990s.  It was here where the sisters started their food journey. The pair recalls spending time at the restaurant and their grandmother’s after school, where they honed their culinary skills.

Ricca would cook in several kitchens over the years that included a stint at the CuisinArt Golf Resort & Spa in Anguilla. She started Your Box Catering in 2015 that was voted Best Caterer in Shelbyville from 2017-2019. She announced the new direction on her company’s Facebook page to focus on Yellow House Vibes.

The transition from catering to the online space was challenging while finding Yellow House Vibes' voice. “We have to make sure we entice our readers with more than just a good picture; the recipe has to be good too,” says Ricca.

She is excited to start a new chapter in life by channeling her talents and energy to spread the values of Yellow House Vibes. The hope is to continue focusing on the company’s seasonal cookbooks and online cooking school. “There's so much knowledge out there, and I haven't even begun to scratch the surface.”

For the Macklin sisters, they aim to break the stereotype that Black cooks and chefs only prepare soul food. “Our food expands beyond that. There is this assumption that's what we're going to do. Anything we cook, we would call soul food because we're cooking from the soul. While our cookbooks are traditional, our food stems from the essence of soul food but not in the commercialized sense,” says Keyen, the baker of the two and the keeper of her grandmother's pie recipes.

“Documenting unwritten family recipes with obscure measurements, such as a pinch, a dash or eyeballing things was one of the biggest obstacles,” Keyen recalls as she was recreating the recipes. “Cultural learning is important, and we hope to pass that on to others with Yellow House Vibes.”

In this new chapter Ricca and Keyen plan to continue incorporating sustainability into their work. In their winter cookbook available online, the duo encourages reinterpreting leftovers or using the bonus recipes to create new dishes from other foods in the book. 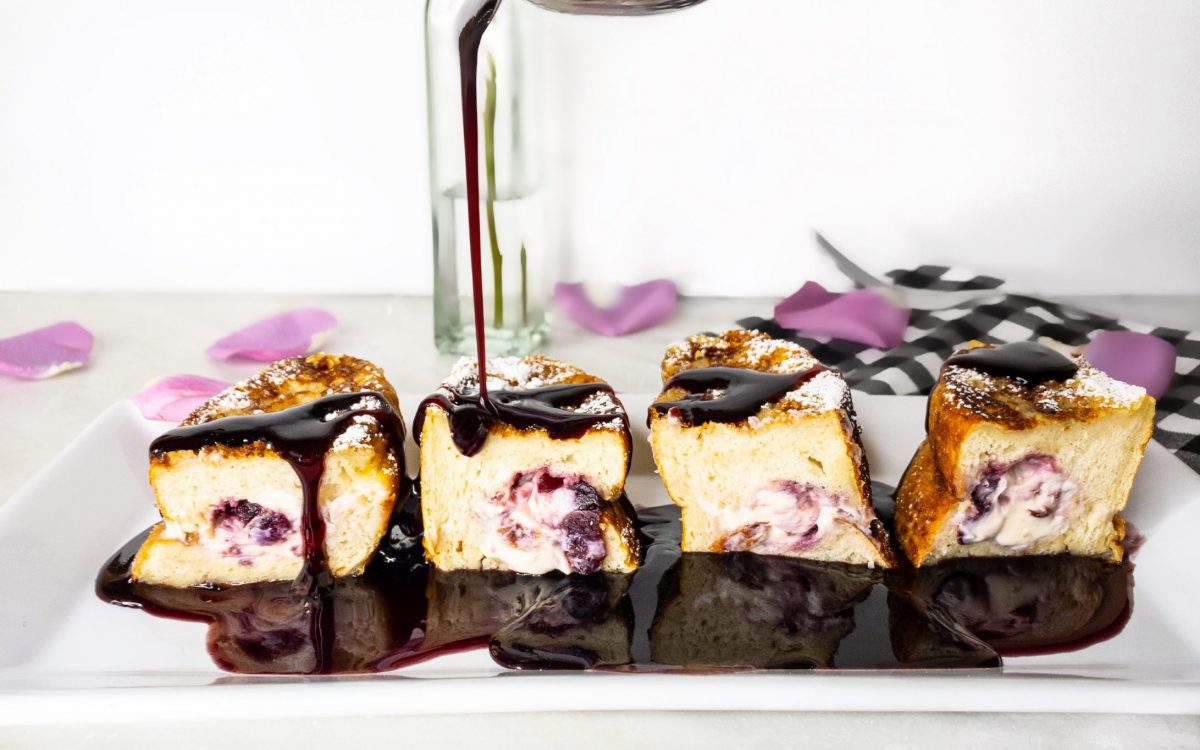 “That comes from our grandmother who would repurpose food like fried chicken as smothered chicken the next day,” says Keyen, a graduate of  Indiana University’s food sustainability program. “Much of what we do is influenced by the history of Black people in this country.”

Ricca adds, “When you think of yellow, you think of positivity, love, vibes, talking to strangers. Being a follower of Christ, it's important we spread that message of Christ's love. There are so many different ways to reach people without using our faith to shove the message down their throat. We rather practice love and hospitality to translate those values. We want to lead through example, despite the challenges but remain rooted in our grandmother’s legacy. It's not always easy as a business owner.”

In spirituality and beyond, the color yellow represents joy, optimism, and courage, three characteristics that the Macklin sisters exude. These are also words that describe their family lineage in and out of the kitchen. There isn't a neighbor who hasn't visited Mama Jannie's famed yellow house.

In her later years, there wasn't a day that didn't go by where children weren't at the house while she sat on the front porch. She was the heart of the neighborhood, often keeping a maternal eye out for them while they played. A young neighbor who recently moved into the house next door told Ricca and Keyen, “We just want to live wherever the Macklins are.”

The Best of Both Worlds: Sweet and Savory

Sweet and savory is the best way to describe the budding entrepreneurs. Ricca is more akin to the turkey with white wine gravy. “My chef thing is sauces. And being able to put that in the book and give people tips on how to make it right. It's one of those things that once you get it down, you can do so many other things because it's so easy.”

Keyen says if she had to choose a recipe to describe herself, it would be the sugar cream pie. “The sweetness isn't overpowering. I think it's well balanced with flavor. It has a nice caramelized top. The sweetness is subtle with just enough nutmeg.” Ricca says this is the one recipe in the winter cookbook she wishes their grandmother could taste.


The pair is up for the challenge to reach their communities in any way possible while also supporting others. They have paired up with other businesses owned by Black people and people of color. They recently hosted a virtual Holiday Cheeseboard and Wine Class pairing with wine consultant Amber Candis of Wineshop at Home.

The future looks bright for the two. Knowing that the road ahead for fellow chefs, restauranteurs, and caters is rocky, the Macklins hope that the pivot to the online space will create new opportunities just as it did for them.

Keeping their principles of faith, hospitality, and sustainability at the forefront, the Macklin sisters are poised to continue making their mark in the culinary industry while carrying their family legacy. Hopefully, the world will also see and acknowledge the welcoming warmth and comfort emanating from the Yellow House Vibes.

Nia-Raquelle is an independent scholar studying the intersection of food, race, gender, policy and Black and Latinx pop culture. Her current research primarily focuses on the role of food in Black and Latinx pop culture, specifically in music and television. A native of Brooklyn, New York, she completed her graduate studies at Drexel University and her undergraduate studies at Hunter College.