The State of Black Travel During a World Pandemic – Part 2 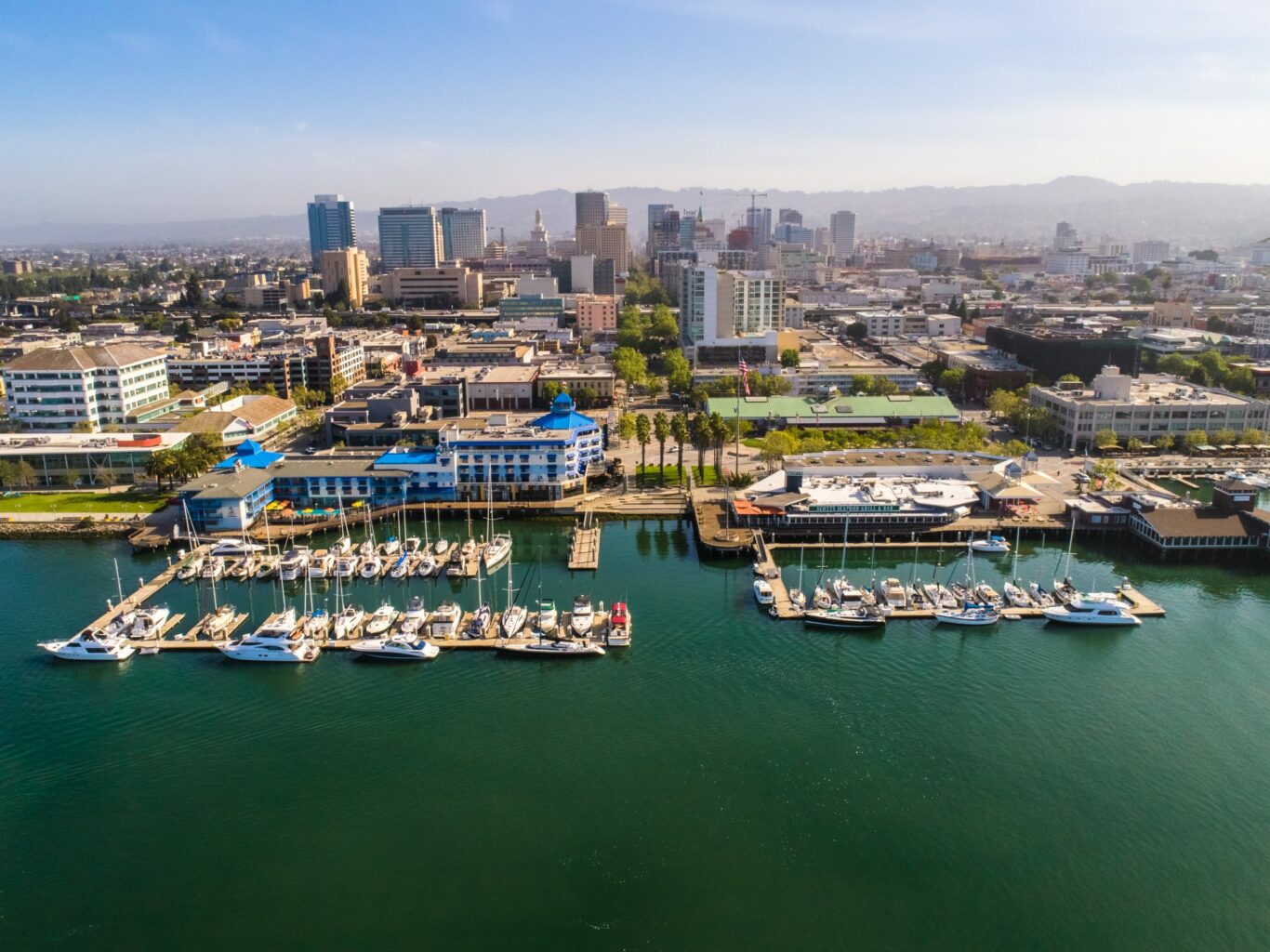 “We were completely collapsed!” exclaims Jai Ferrell, assistant general manager of commercial development for Hartsfield-Jackson International Atlanta Airport. “We were down 61.1 percent in annual traffic in 2020, compared to 2019,” she continues. “Hartsfield-Jackson is the region’s largest employer. We [normally] have more than 63,000 employees who are either directly employed by the airport or our stakeholders, so everybody was affected.”

Atlanta’s airport is situated near a city that is 60 percent African American and, as the busiest airport in the United States and second busiest in the world, it’s a hub for Black travelers from all over the globe. But the massive decrease in air travel trickled down to all other divisions of the travel industry, including hotels and convention and visitors bureaus.


“At Visit Baltimore, our budget was cut 41 percent, so we had to let 42 part-time people go,” laments Al Hutchinson, president and CEO of Visit Baltimore. “We closed our visitor’s center located at the Inner Harbor, and we had a center in New York City that we closed down as well,” he continues. “We’ve had to cut back on our sales initiatives and our marketing story, so it’s been tough for us to get that message out since we had to cut back on our expenses.”

According to MMGY Global, African Americans spent more than $109 billion on leisure travel in 2019.  The National Coalition of Black Meeting Planners says its members spend about $900,000 annually on business meeting travel. But the pandemic turned a lot of that travel into Zoom meetings.

“We saw a dramatic increase in cancellations and postponements of meetings and conventions,” says Sara Hamlin, vice president of tourism for Visit Birmingham, which is popular with African American travelers for its civil rights heritage. She adds, “We adjusted our digital advertising plans to address outdoor activities, which included a free cell phone tour of Historic Kelly Ingram Park, known as a gathering site for civil rights demonstrations and rallies.”

Visit Baltimore also lost several Black meetings for 2021-2022, including the Pentecostal Assemblies of the World Annual Summer Convention, which has been re-booked for 2024; the National Conference of Black Political Scientists Annual Conference and the Central Intercollegiate Athletic Association Basketball Tournament. But they are expecting at least five conferences to happen in 2021-2022, including the Association of Black Estate Planning Professionals Annual Conference, Alpha Kappa Alpha Sorority, Inc. North Atlantic Regional Conference and The Links, Inc. National Assembly.


With the loss of meetings and conventions came a loss of hotel room sales. “For most hoteliers, particularly Black hoteliers, we had to make the decision that most people did, and that was to cut the expenses and hold on until the market begins to come back,” says National Association of Black Hotel Owners, Operators and Developers (NABHOOD) president and CEO Andy Ingraham. “Some hotels switched to housing first responders, some became COVID testing or vaccination centers and some even housed the homeless,” he adds.

Black hoteliers and other businesses were also struggling with getting their fair share of pandemic relief. “When disaster relief loans came out, particularly the Paycheck Protection Program, our participation in getting those loans was lower than it should have been percentage-wise,” says Michael LeBlanc, interim president and CEO of Visit Oakland. He adds, “A lot of Black businesses in the service industry only make it month to month, so there are not a lot of cash reserves.” LeBlanc, himself, even closed his restaurant Playt for good, saying that he didn’t want to spend the nearly two years it would take to get it back to where it was before the pandemic.

Ingraham says NABHOOD has been trying to correct that disparity. “We’ve been lobbying the Senate to provide more low-interest loans and grants to help our employees get back on their feet. We want to put our people back to work!”

A letter sent to the Senate on March 23, 2020, ended with this: “The hotel industry provides individuals with the opportunity to live the American Dream. Many hotel owners started their journey toward ownership working as housekeepers and front desk clerks…The potential loss of business due to bankruptcy or lender foreclosure will ruin the livelihoods of not just the hotel owners but the millions of Americans employed in the industry.”

Solomon Herbert, with his wife Gloria, writes about the hotel and conventions industry as founder/publisher of Black Meetings and Tourism Magazine. “As soon as the pandemic started, all of our magazine advertisers canceled everything for 2020, so it put a hurting on us,” he says. “But, thankfully, we had a little cushion, so we continued to operate digitally. We missed a few issues, but we’re back on track in putting out an issue bi-monthly.”

He continues, “Everything is built on relationships, so during the pandemic, we reached out to all the people we’ve worked with to let them know we’re still here and asked what we could do to support them.”

Hutchinson says supporting each other is important to Visit Baltimore. “We’re a city with a 63 percent African American population, so about 47 percent of our small businesses are Black-owned,” he says. “So with our Cares Act money, we partnered with six African American-owned manufacturing companies for them to produce PPE like masks and hand sanitizer. Then we distributed them to small business owners, hoteliers and museums who could not afford them. That was our way of showing love and support to these businesses.”

Visit Baltimore was also creative in helping its African American historical sites. “We were able to create what we call a BOP Pass, which is Baltimore slang for a long walk,” Hutchinson explains. “And through the BOP Pass we were able to partner with Black heritage sites like the National Great Blacks in Wax Museum, the Frederick Douglass-Isaac Myers Maritime Park Museum and the Reginald Lewis Museum of Maryland African American History and Culture. So folks could go visit those museums at a discount, as well as get some additional discounts at some of the restaurants and businesses in the city,” he says with pride.

LeBlanc, who is also on the Oakland African American Chamber of Commerce board, says they also helped Black businesses. “Since we weren’t getting the relief loans we needed, our Chamber president and board members got together to create a resiliency fund. We raised a million dollars that we gave out specifically to businesses of color,” he boasts. That kind of help was good for Oakland’s institutions such as Lois The Pie Queen and Everett & Jones BBQ, as well as its newer Black-owned restaurants like Oeste Bar & Cafe.

Hope for the Future

“Breaking Bread, in our Pigtown neighborhood, and Urban Oyster, that was in our Locust Point neighborhood, are two African American, women-owned restaurants that had to shut their doors,” shares Hutchinson. “But they were embraced by our downtown hotels, so now Breaking Bread has a [pop up] at the Hyatt Regency Hotel and Urban Oyster has created a space at the Hotel Revival. So we’re very excited about those partnerships.”

He adds, “And Baltimore has such a robust culinary scene that a number of new restaurants are opening, like The Black Swan, which has a great cocktail menu and an area that exhibits local artwork from our great arts and culture scene.”

Visit Birmingham is also excited about the future. “We are seeing a revived interest in group tours that want to visit our civil rights historic sites,” says Hamlin. “Also, the Alabama Tourism Department is on the verge of launching a U.S. Civil Rights Trail podcast, and we’re enthusiastic about being a part of that project.”


Atlanta’s Hartsfield-Jackson airport is already preparing for when air travel returns to the “new normal.” “We had a full campaign entitled ‘ATL Strong’ where we were keeping our resumption of operations that included whatever shuttering and collapses we did on the concourses, the plexiglass installations, the masks mandates and issuances we had,” says Ferrell. “We have a comprehensive plan on ATL.com that we are very proud of and keep updated frequently.”

She continues, “We’re also proud that we just won a hygiene award for being clean from Airport Council International, which is our governing body of airports. It includes the signage telling passengers where to go to the restroom and how to wash your hands and the antimicrobial lenses and films we’re putting on door handles. So the airport is safe and clean, and we’re ready for people to come back and return to flying when they’re ready.”

And how do other industry leaders see the new normal? “We partner with NABHOOD, which is hosting their annual summit and trade show in Miami in October, and they’re going to do it in-person and virtually this year,” says Herbert. “I think even after the pandemic, we’ll see a portion of meeting planners still offering virtual options for those who can’t travel.”

“I think you’re going to see a more slimmed-down model in the hotel business,” notes Ingraham. “The industry is discussing things like, ‘Do you need room service every night’ and ‘do you need your room cleaned every day.’”  He adds, “But as a result of the Black Lives Matter movement, I also see major hotel brands beefing up their diversity, promoting African American employees, and creating diversity initiatives to help employees become hotel owners. But they have to do better with spending more money with Black vendors. And those are the types of things NABHOOD has been working on for years.” 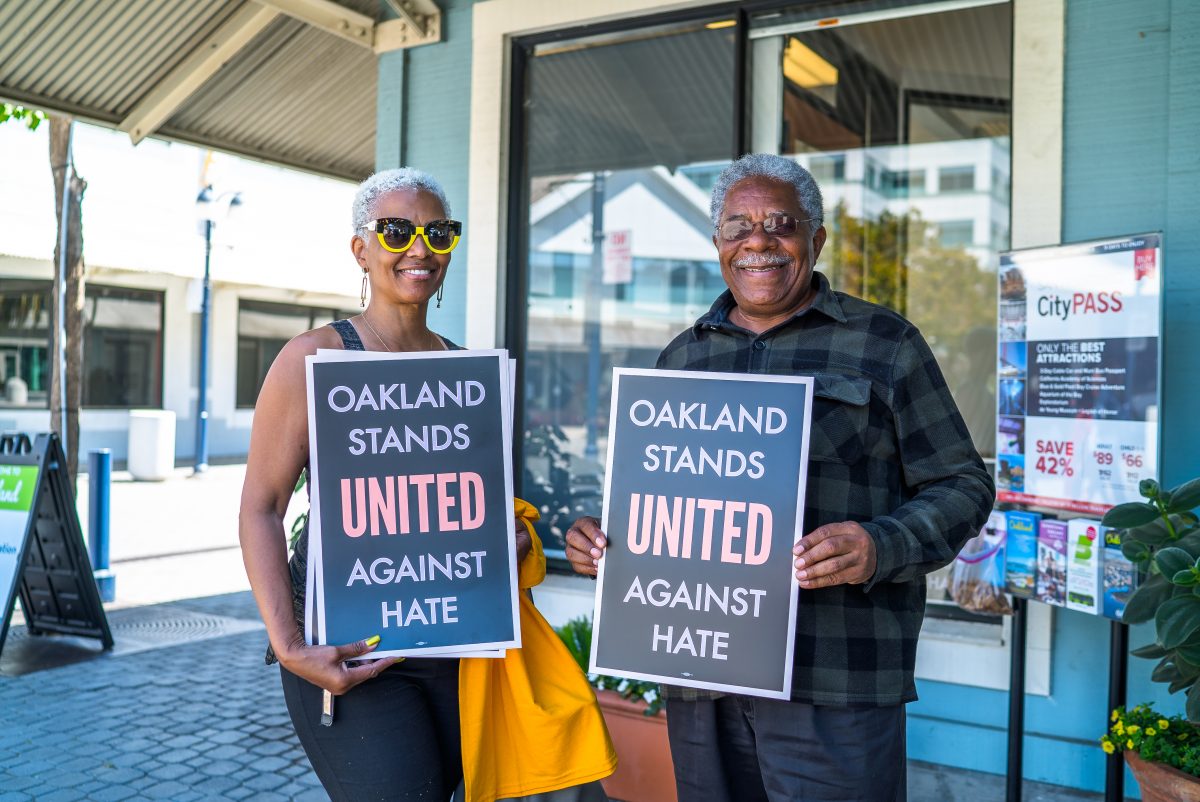 Hutchinson agrees that the Black Lives Matter movement has affected the tourism industry. “The communities that are able to demonstrate their ability to welcome ALL people are going to be the destinations that win in the future,” he states.

“We want to help eliminate hate in America, and Baltimore City is getting in position for that as we prepare to launch our Warm Welcome pledge program later this spring.” Hutchinson adds with a sense of hope, “We’ll be inviting restaurants, hotels and other businesses to join us by putting our Warm Welcome seal in their window, to let our visitors and residents know that they are a business that believes in eliminating hate in ‘Charm City’ and welcoming all people.” 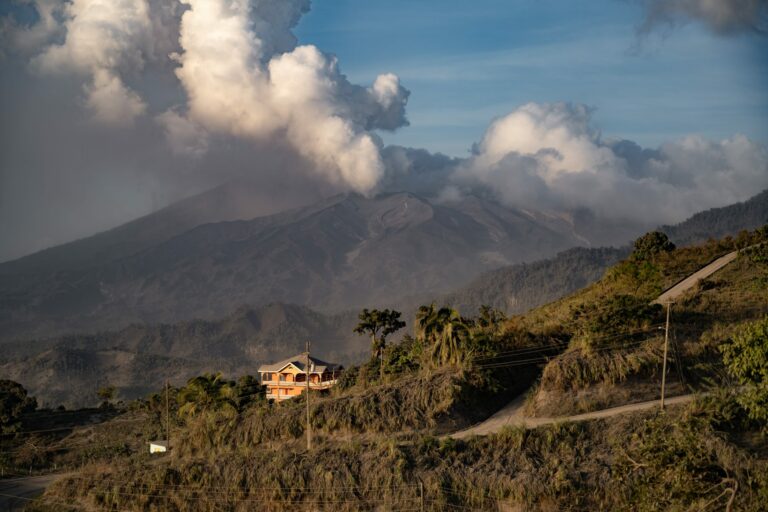 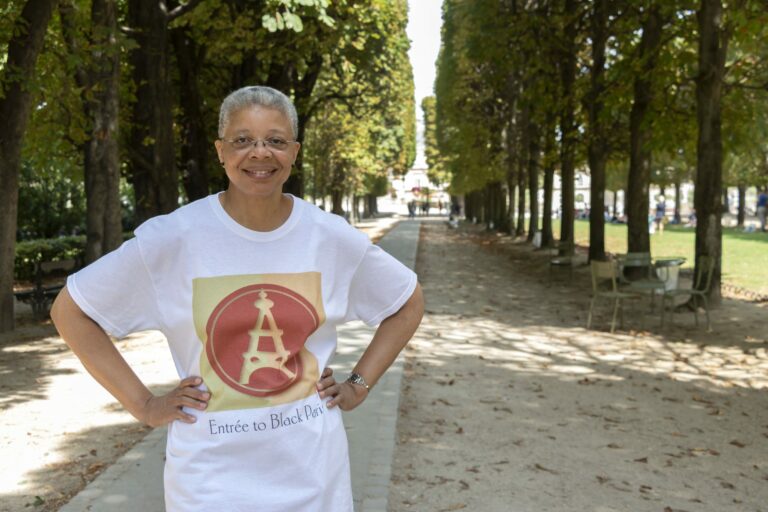 The State of Black Travel During a World Pandemic – Part 1 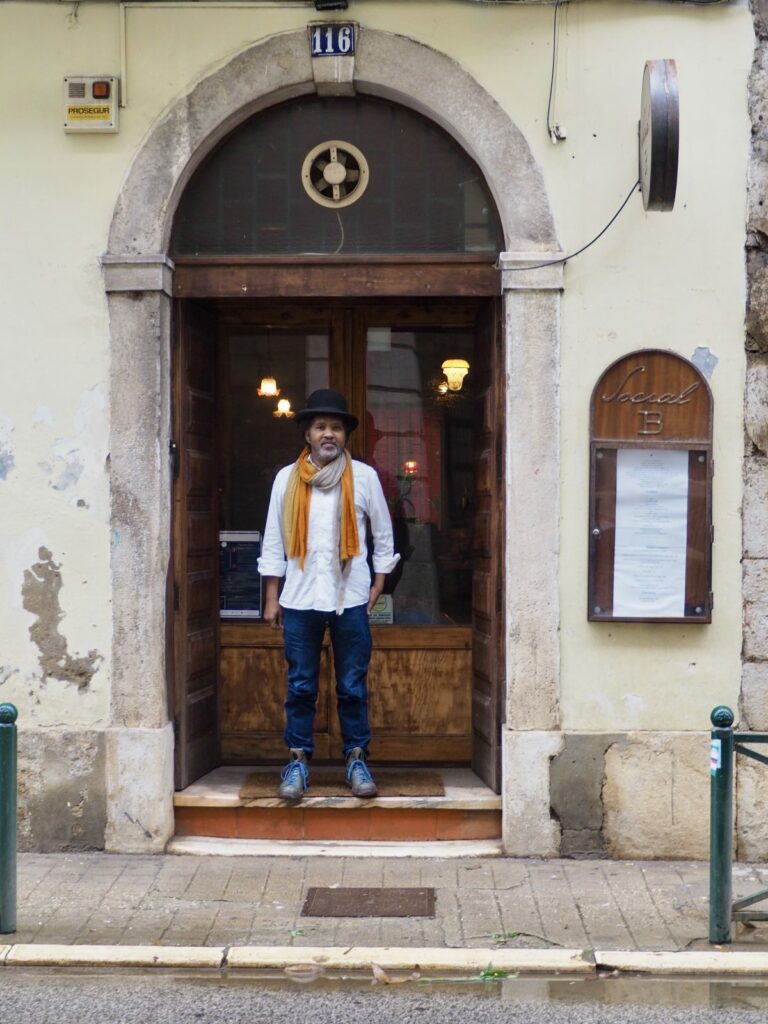