Wine Spencer Will Quench Your Thirst For Wine Education 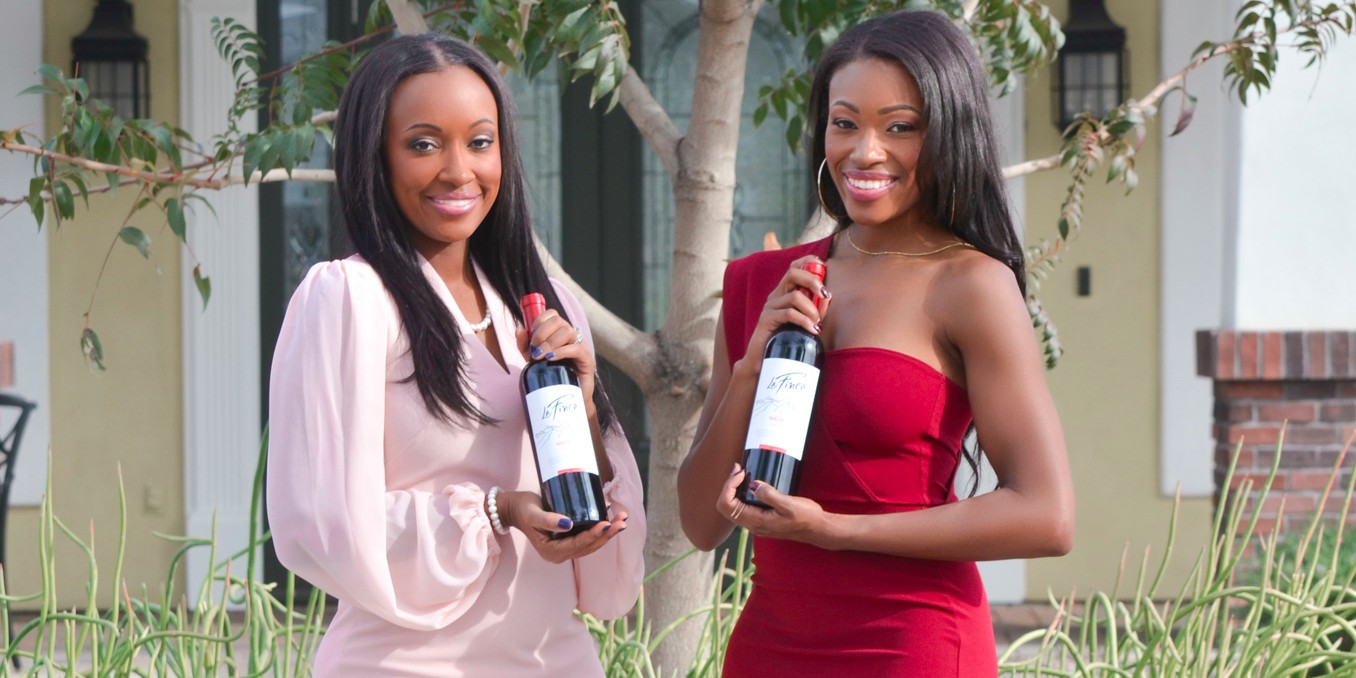 “We are not a winery, but provide wine education,” Shaunna Cooper says. Together with her sister, Shayla Smith, they founded Wine Spencer to bridge the wine education gap and widen the space of inclusivity. They offer a variety of wine tasting classes, from a beginner’s introduction to wine, two separate classes for red and white wine and a classroom that highlights Black winemakers.

“I believe what sets us apart are the various classes we offer,” says Cooper.  Smith agrees, sharing, “Wine is a sensory experience, so going through the five s’s — see, swirl, sniff, sip, savor — [is] sort of like the Museum of Ice Cream but for wine.”

The sister duo launched their company right before the pandemic’s impact took hold of the world.  They continue to see an interest among wine lovers taking their time at home to expand their thirst for wine education.

Providing wine education was an obvious passion for Cooper and Smith; both women also have a head for business. It took less than a year for Wine Spencer to come to fruition. “We began discussions about it in June 2019 and completed our website in February 2020 to launch publicly in March,” Smith says. “One of my goals in January was to have a wine tasting per week by mid-year and I’m happy to say that’s what we’re doing.”

Last summer,  Cooper and Smith earned their level 2 Wine & Spirit Education Trust (WSET) certification, which was followed by the completion of the certified sommelier examination (CMS II). With both being no easy task, it was the sommelier certification that would really test their passion for starting a business around wine education consisting of a theory paper, blind tasting and practical wine service test highlighting variety in palates, complexities of tastes and in-depth knowledge of wine.

Completing both programs allows the sisters to build upon the wine experiences they have had throughout their lives, which ultimately inspired Wine Spencer.

Before there was a wine business, tests and certifications, Smith and Cooper were on different educational paths.

Cooper went to Loyola Marymount University and majored in business administration with an emphasis in marketing.  “I received my MBA from Ottawa University with an emphasis in Human Resources,” she says. “I was intrigued by marketing at the time and really wanted to get into brand management for a consumer goods company.” She worked at a car rental company and a bank while in college, and after graduating, she got a job selling medical devices. It was at her first meeting with her new employer that she tried wine for the first time.

“It was at the JW Marriott in Scottsdale. It was recommended by a colleague because I was not sure what to order,” Cooper says, who is based in Arizona. “I also didn’t know how to describe what type of wine I liked so they suggested something sweet, white zinfandel.”

Cooper's introduction into wine expanded after she was laid off from her medical sales job and she began working at Carrabba’s Italian Grill. “My plan was to only work there for six months and it turned into seven years.” While Carrabba’s did not offer wine training, Cooper’s curiosity grew and she began to explore different varieties of wines in other ways. “In talking with customers, some would share that they went wine tasting at the winery for the brands the restaurant carried.”

Younger sister Smith majored in Stanford University’s science, technology and society program with a focus on environmental engineering. She would later join the Peace Corps and Peace Corps and then pursued a master’s in public health at Columbia University in New York. Her introduction to wine came during her time at Stanford when she began cooking with wine.

Traveling was a major influence in Cooper and Smith’s childhood that shaped their lives as adults and as owners of a wine business. Both recall road trips and vacations with their parents and relatives while growing up in Southern California.  “One thing that stands out is our road trips for summer vacation. We visited San Francisco, Palm Springs, Las Vegas, San Diego, etc. As we got older and able to pay for ourselves, we enjoyed a few cruises, trips to Disney World, New York, and Montreal,” says Cooper.

“I remember getting the book ‘It’s a Big Big World,’ which is a super-sized children’s atlas,” says Smith. “With each page having the different continents. I would sit and look at the different countries I wanted to visit. My paternal grandmother and my dad’s sister did a lot of traveling so I would love to hear about their stories to Paris, Japan and South Africa. That developed in me a love of travel, a love of food from different countries and that brought me to wine.”

Combining school, travel and wine while doing a research program during her studies at Columbia in KwaZulu Natal, South Africa, Smith says she would tour wineries with a favorite being Remhoogte.  “The grapevines are planted on a mountain side in a neat row, so driving in, it looks like artwork from a distance and is beautiful.”

Cooper says that any time she took a vacation, whether it was domestic or international, she incorporated wine tasting into it. “So far, I have been wine tasting in Napa, Temecula, Santa Barbara, Greece, Italy, Long Island and locally here in Arizona.” Her favorite? “Wine tasting in the Chianti region in Italy was amazing,” she says. “Loved the countryside and learning all about the Chianti region. This was especially intriguing for me since I worked in an Italian restaurant. We had a traditional Italian dinner in a Tuscan winery that made the experience exquisite.”

After years of learning about and appreciating wine, Smith was ready to take her thirst for wine a step further. “I was thinking of starting a wine bar,” she says and asked Cooper to partner. However, Cooper had recently given birth and had her hands full with a newborn, but was also looking to make changes in her career.

Cooper took a trip to visit Smith in New York during the summer of 2019.  A visit to Long Island wineries was the push she needed and afterward, she told Smith she wanted in.

Their separate paths in life worked out in favor of their business. Smith is the chief wine pairing officer for Wine Spencer which brings into play her engineering studies during her undergrad years. “I like the science behind what pairs well with different sauces and meats based on the structure of the wine.”  Cooper is the chief wine taster.  The business name pays homage to their family and upbringing, as Spencer is a paternal familial name passed down generations from their great-grandfather to their grandfather and father.

Wine Spencer offers a variety of classes in wine education that include Wine 101, Old World versus New World, All White Everything, All Red Everything, Let’s Get Bubbly, South African Wine Tour, Rosé All Day and Black Winemakers which is their most popular class.

“I’m really excited about our Black Winemakers class because they are high-quality wines that should be getting more recognition and distribution,” Smith says.  “When people go to a store or wine shop, there are so many wines, people get overwhelmed and don’t know what to ask for. We want more Black wine brands to become household names.”

Planning for the Future

Smith agrees, saying, “I’d like to partner with chefs to curate wine dinners. I love food and wine, so offering that experience to people to see how food and wine interact together would be great.”

Cooper and Smith also have an interest in providing international wine tasting trips. “My sister and I have done a lot of traveling and planning those trips for other people would be fun,” Smith says. “I like preparing my itinerary and get excited about the daytime and nighttime activities I will participate in. Other people hate planning trips, so Wine Spencer can do it for them.”

Cooper is making plans to take the next level in the certified sommelier examination. Smith says she wants to expand her knowledge about Spanish wine sharing, “We aspire to advise,” Smith says. “I’d love to do more large-scale wine events (after COVID) that are full sensory experiences for people.”

Wine Spencer offers custom classes for special events and occasions. Clients can also customize courses for specific wines and tastes. A portion of proceeds from each virtual wine tasting will go to BET Saving Our Selves Relief Effort with United Way.

For upcoming virtual classes or to schedule one for upcoming events and the holidays, check out Wine Spencer on their website and on Facebook and Instagram.