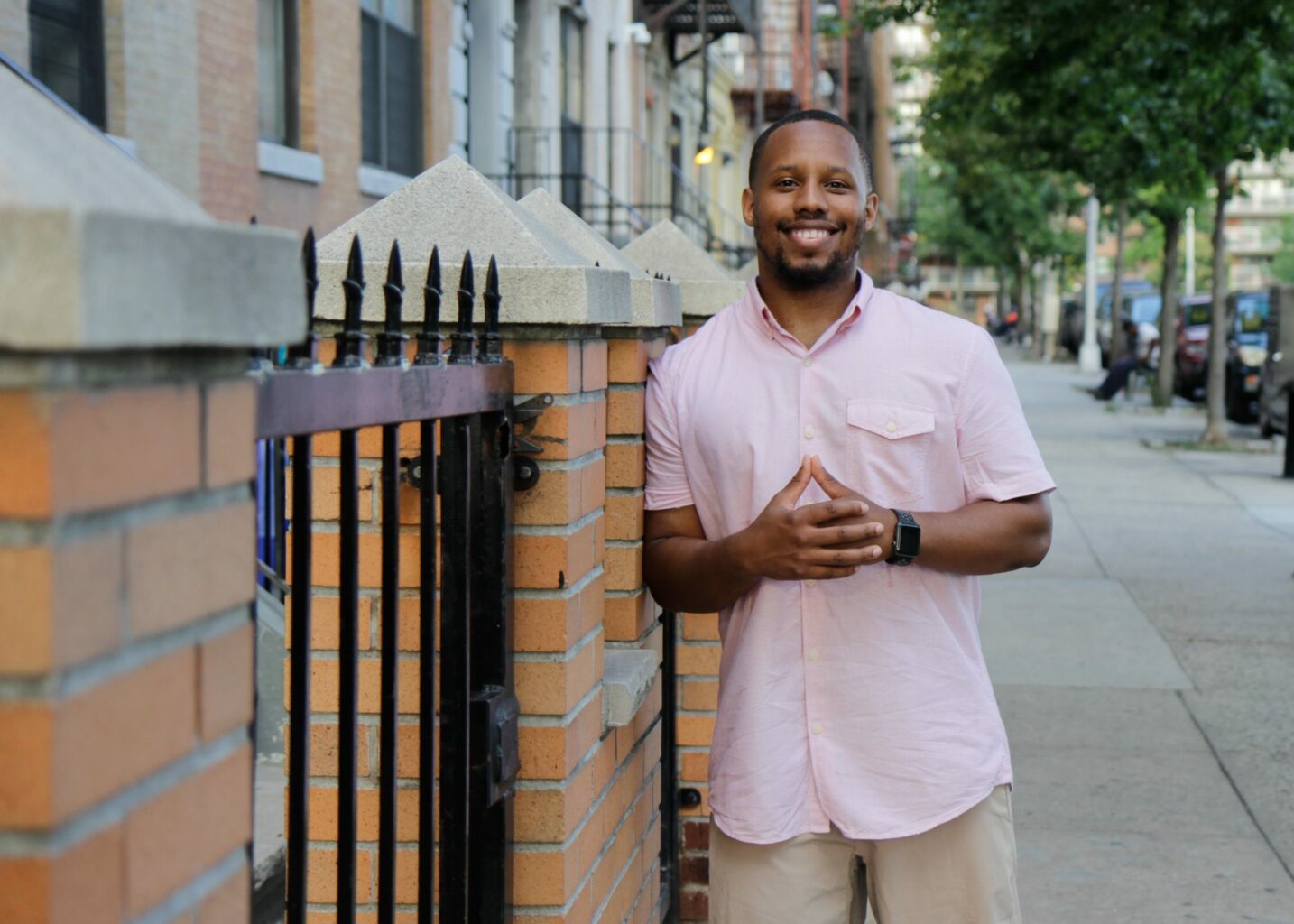 Jennifer and Jerome Johnson were preparing for their first trip to San Francisco to attend a conference. Noting that they would have some downtime, the couple searched for black-owned restaurants online but were overwhelmed. A friend told Jennifer about an app, eatOkra, which made it simple for the Johnsons to locate eateries near their Union Square hotel.

“In less than 10 minutes I was able to find several places to eat, whereas looking online took what seems like forever. Choosing the type of cuisine was the hardest part of the search,” laughed Jennifer.

RELATED: The Essence of Essie’s Restaurant in the Hudson Valley

RELATED: Great Fried Chicken Road Trip: Where to Stop for the Best in America

Jennifer’s experience is similar to eatOkra’s founder, Anthony Edwards, Jr. The difference was Edwards, a web developer, decided to create what he needed. Edwards thought that if he was researching black-owned restaurants, he should make a smartphone application that he could reference during his travels and in his Brooklyn neighborhood.

“Never once, in the beginning, did I believe my interests would be so widely shared,” says Edwards.  He was wrong. Downloads of the app increased beyond the family and friends recruited to test the first iteration, causing the military veteran to tweak eatOkra and develop it for both iPhone and Android users. Without marketing, he noticed an organic growth of users that not only confirmed he was not alone but also that he and his partners, fiancé Janique Bradley and friend Justin Johnson were on to something bigger than themselves.

The trio would manually enter restaurants and other food businesses that included coffee houses and bars that served food into their database until they loaded the app with more than 800 black-owned enterprises.

The founder considers eatOkra more than a learning curve for him; he views the app as a happy yet necessary accident. Increases in downloads occurred whenever there was an incident involving racial profiling or denial of access to white-owned food businesses. He wanted people to, like the Johnsons, enjoy their travels without concern for their safety or comfort. 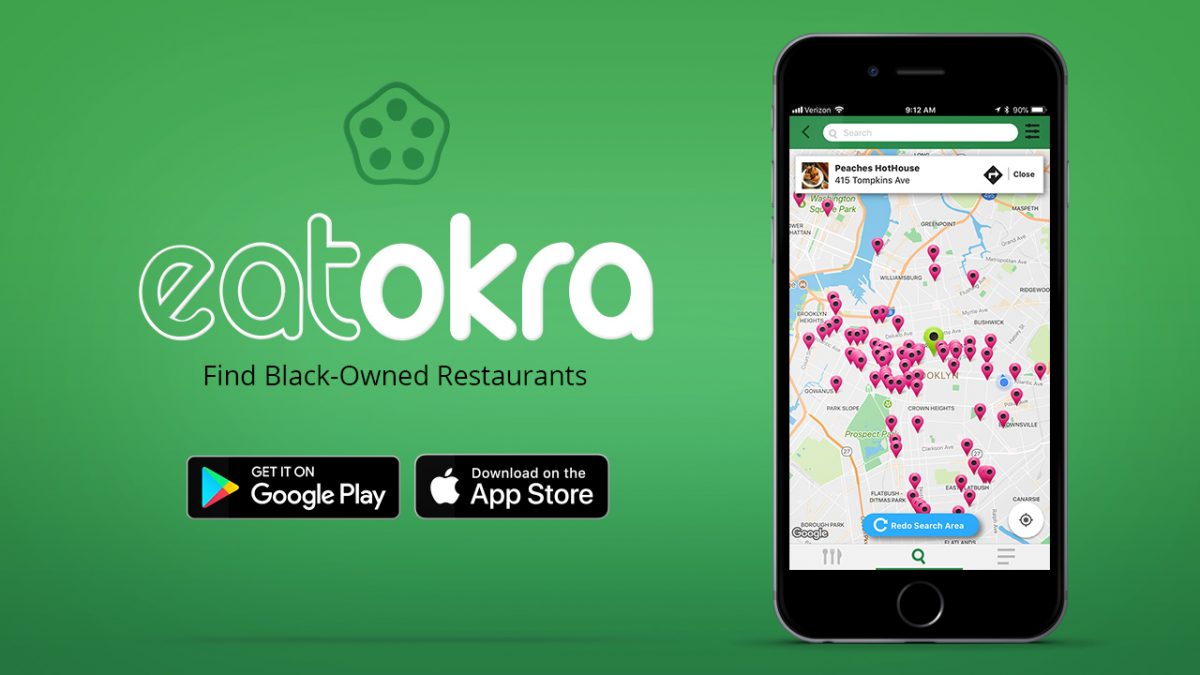 Edwards likens his app to The Negro Motorist Green Book, a guide that identified black-friendly restaurants and other public accommodations for black travelers over the span of thirty years. The Green Book was published by mail carrier, Victor H. Green, with its first issue published in 1936. Green began his venture during an American social climate that included segregation, Jim Crow laws, and violence. The entries were researched by Green and user-generated as the guide’s popularity grew. Black proprietors used the book to market their businesses nationwide.

Edwards is offering the same to black culinary entrepreneurs. Mom and pop restaurants receive equal billing with those offering tonier fare. Also, there is another group in the directory worth noting.

“Some eateries are hard to identify as black-owned. For example, there are Italian cuisine restaurants owned by Ethiopian-Americans. Users can expect more than BBQ and soul food,” says Edwards.

Breakfast and brunch lovers will be happy to know that each city has a designated category for restaurants and coffee houses accommodating the mimosa, grits, and fresh fruit crowd. Karima Sorel’s Le Petit Zinc, a creperie and café in Detroit is in the directory as is David Kirkland’s Turn in St. Louis.

Delivering More Than Meets the Eye

Though users can expect more than BBQ and soul food, that category is the most popular. In the Midwest, visitors to St. Louis will find Bennie Welch (father) and son chef Ben Welch’s Big Baby Q, a restaurant offering smokehouse foods such as burned ends and brisket while travelers to Memphis can head over to Elvis Presley Boulevard to Andrew and Rose Pollard’s A&R Bar-B-Que.

Edwards and team have enabled the app to allow calls directly to vendors, orders when applicable, and a “Go” feature that can activate Uber or Google Maps. There is even a rating system that includes a fire emoji if a user loves the food.

One of the pluses for the eatOkra team is the interaction with both users and owners. “I’ve kept myself open to what works best for the businesses and our consumers. Changes in the interface and functionality are often a direct result of their feedback,” says Edwards. It is also the sense of community that motivates the app team to have personal interactions.

The founder adds, “Food is about community and sharing. If this app helps businesses grow and black people gather where they are welcomed, then we have created a winner.”

As for the Johnsons, they now have a personal stake in eatOkra. They found their restaurants in San Francisco (FarmerBrown and Queen’s Louisiana Po-Boys) but also an app that will draw diners to their son and daughter-in-law’s restaurant, Good Family Foods in Cleveland, Ohio. Jennifer says, “It is so good to know that our kids’ business has a way to be found and their food enjoyed.”

That is precisely what Anthony Edwards endeavored.

To download the eatOkra app, visit www.eatokra.com.  Businesses wishing to be added to the app can submit directly from the app by searching for their city and tapping on a category that accesses an “ADD” feature. They can also submit their business online in the Leads Section of the company’s site or e-mail team@eatokra.com to submit a new eatery or updated information.