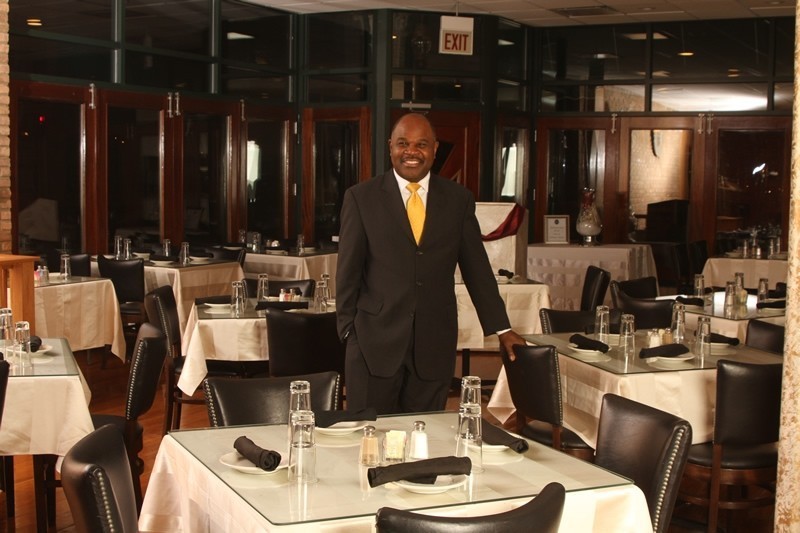 Just the mere mention of the city Chicago elicits sounds of oohs and ahhs as the home to some of the country’s top chefs and restaurants.  One restaurant that is sure to have patrons saying just that is Norman’s Bistro, located in the city’s Kenwood neighborhood.

Owned by Norman Bolden, the visionary behind Norman’s Bistro with an infectious smile, definitely saw a need in the community for good food and entertainment when he purchased the building in 2010.  “I have experienced some of the finest hospitality and dining from Africa to the bistros in European districts and I wanted to bring that experience to the place where I was born and raised, Kenwood.”

For Bolden, the namesake restaurant is a dream come true.  As a child, he worked in his father’s record shop, The Royal Flush, and in high school secured an internship at the radio station WGCI 107.5 FM. He eventually worked his way up to become a top salesperson and went on to have a successful career with the station in various roles for 25 years.  During this time, he traveled extensively, nationally and internationally, catering to his passion for food, entertainment, and the arts.   He decided to leave WGCI and revisit his roots of entrepreneurship by purchasing the commercial strip where his father’s business was once located and opened Norman’s Bistro and Room 43, a venue for intimate upscale events.  “I have always had a mindset for servitude and really enjoy entertaining and seeing people have a good time,” says Bolden.

RELATED: Shaquille's: Southern-Style Cuisine in the Heart of Los Angeles

Bolden’s vision of bringing his international experiences home inspired the restaurant’s cuisine which is American Creole with a Brazilian flair created by chef Robert Blanchard.  On any given night, Norman’s Bistro welcomes everyone from local residents to celebrities, entertainers, prominent entrepreneurs and Chicago’s power players.

Opened Wednesday – Sunday, Norman’s Bistro has received numerous accolades for its food and drinks, but it’s the praises patrons sing after having Blanchard’s gumbo that tops them all.  Known as some of the best gumbo in the city, Blanchard takes a non-traditional approach to the classic Creole dish using chicken chipotle sausage instead of Andouille and adds corn, whiskey and chardonnay to create his signature recipe and as a result, it is one of the restaurant’s top-selling menu items.

Extend your experience in the lounge where there is a full bar that includes an extensive wine list, a host of domestic beers, traditional cocktails, signature martinis, and Norman’s Bistro’s unforgettable umbrella drinks.

Norman’s Bistro is located at 1001 E. 43rd Street at the corner of 43rd and Ellis in Chicago.  For more information, visit www.normansbistro.com.  Walk-ins are welcome and you can also call 773.996.5821 for reservations.