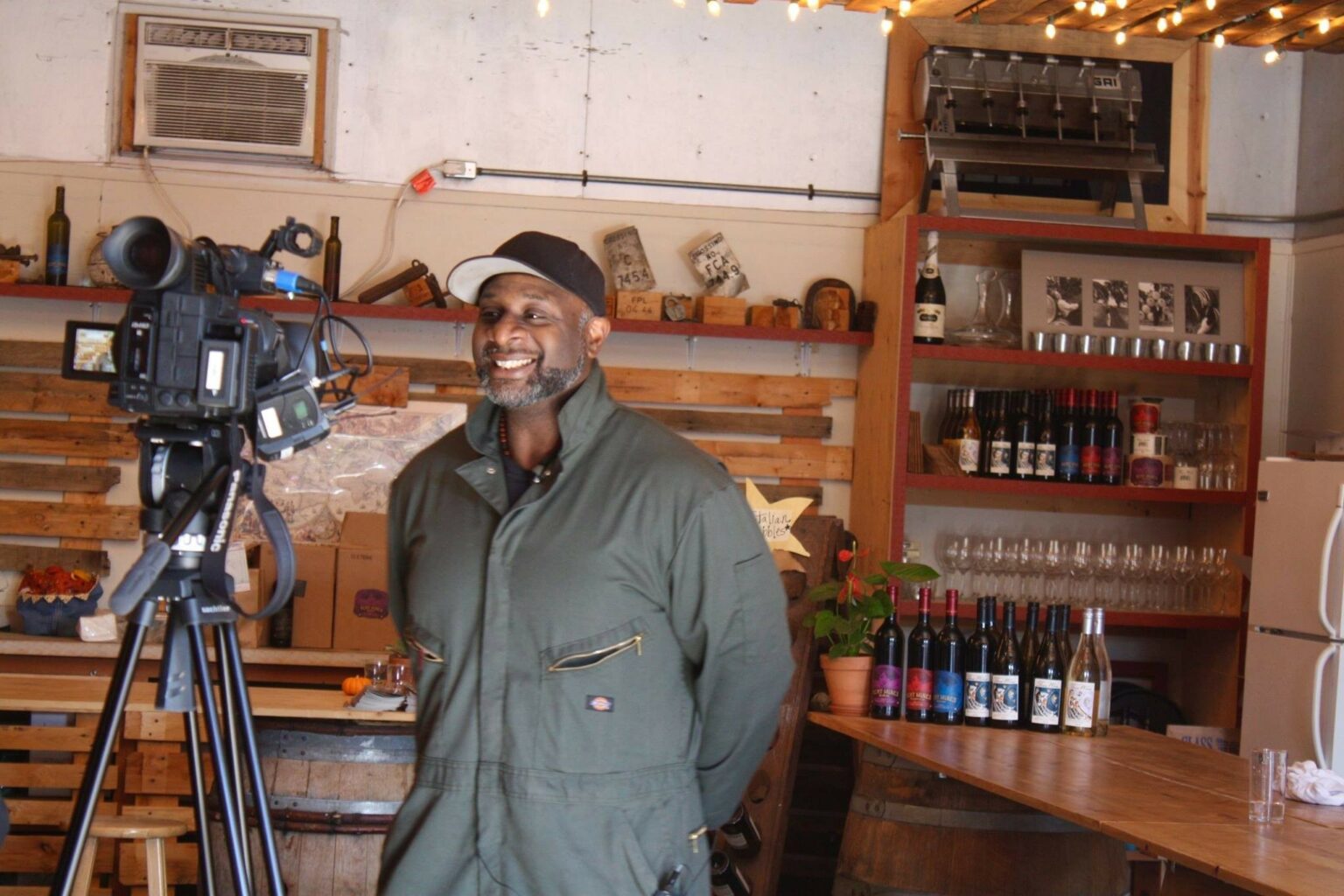 When fitness trainer turned winemaker Bertony Faustin stopped in Oregon, he didn’t think he would stay there let alone become the state’s first Black winemaker. The New York native of Haitian descent came out west for a career opportunity and never made it to The Golden State. “I was trying to get to California but first stopped in Oregon and never made it there,” says Faustin. That was in 1999.

A workaholic, in 2008 Faustin decided to quit his job and change career paths after returning back to Oregon from his father’s funeral. Solving his own equation that working a lot plus having a lot of money, doesn’t equal happiness, he told his family that he was going to make wine with the fruit his in-laws grew on a property they owned.

“I just saw some grapes there so I said I will just go ahead and flip this and see what I can make out of it,” says Faustin who didn’t drink wine prior to making it. Today, he is the winemaker and owner of Abbey Creek Vineyard that will be featured in the upcoming documentary, “Red, White & Black,” due out this summer about minority winemakers in Oregon.

No Training. No Problem.

Named after the creek that runs through the property, Abbey Creek Vineyard produces “transparent wines” where Mother Nature is in control. Last year Faustin introduced a sparkling wine for the first time making a sparkling pinot gris. Other offerings include a chardonnay, pinot gris, pinot noir and mélange noir and red blend.

With no formal training and a few mentors, Faustin is changing the industry’s perception of winemakers one bottle at a time. With his hustle and make-it-happen attitude, he is proving that you don’t have to come from a certain pedigree or start with a lot of money to be successful in this industry.  Two misperceptions that irritate him greatly.

Just looking to produce a great bottle of wine, he had to do some convincing when customers showed signs of disbelief when they found out he was the winemaker in the beginning.   That game got tired. “It is just some grapes in a bottle and it is more about the experience and moments that people are enjoying,” says Faustin.

And it will truly come down to the grapes in the bottle as he prepares to start filming as a contestant on the reality show, “Best Bottle,” this August. Faustin will be on the Oregon team that will be competing against a team in California. Each week teams will face a series of challenges that reward top performers and eliminate those performing the worst. We’ll get to watch the show and see who wins in 2017.

Screenings are being planned for the upcoming documentary that also includes Andre Mack of Mouton Noir Wines.   To stay in the loop about the release and viewing opportunities, visit www.abbeycreekvineyard.com.   Stop by the tasting room located at 31441 NW Commercial Street in North Plains, OR on Saturdays and Sundays from 12 – 5 pm. Follow Abbey Creek Vineyard on Twitter and Facebook.