Blacktoberfest is Changing the Narrative of Blackness in Beer 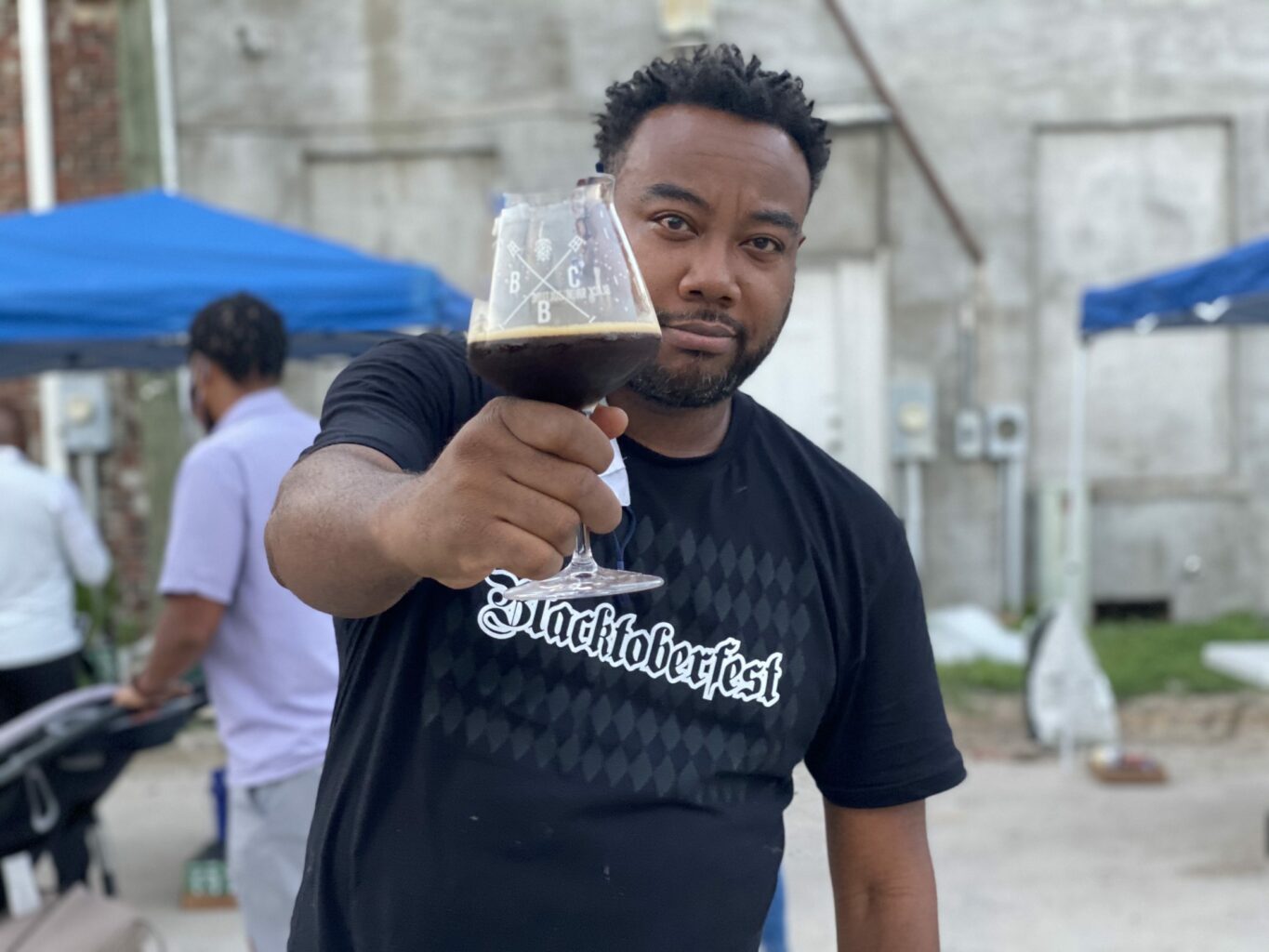 The year 2020 has been a year full of canceled and revamped events but serves as the inaugural year of the Blacktoberfest beer festival held in Rocky Mountain, North Carolina. The festival featured beers from eight Black-owned breweries and a Märzen-style beer featuring three different types of squash on which they all collaborated.

The idea for the festival originated from a discussion among Black Brew Culture’s founder Mike Potter and members Sheena Lester and Royce Shockley.

“We wanted to create a tradition and venue that would allow people of all cultures to enjoy food and beer that was created by Black people,” says Potter. “We have a deep rich cultural connection to brewing and cooking, and there are not enough opportunities for us to showcase the results of these amazing skills.”

Building a Table For Black Brewers

While many beer festivals focus solely on the beverage, Potter and his team see beer as a way for Black folks to take their collective destiny of equity in the industry into their own hands. This was the approach taken with the Blacktoberfest Märzen-style beer collaboration featured at the festival.

“We wanted to create a template for what a circular economy would look like within the craft beer industry. Many of us as Black brewers and industry professionals often talk about not having a ‘seat at the table,’ and rightfully so,” says Potter.

From Potter’s perspective, taking ownership of brewing and distribution of the Blacktoberfest beer at the festival is a way for Black beer professionals to build and sit at the table on their own terms. “The beer was created exclusively by Black brewers, made at a Black-owned brewery, distributed by a Black-owned distribution company,” Potter says, which makes this a first in the United States.

This approach resulted in a successful event that also allowed Black-owned breweries the opportunity to showcase some of their year-round beer offerings. Harlem Brewing Company’s 125 IPA, an India Pale Ale celebrating 125th Street in New York City, and Spaceway Brewing’s Don Dada Cardamom Stout, which is described by the brewery as “an old fashioned in a beer,” were featured along with beers from the other six brewery participants.

The festival also featured Black food vendors like Mama Nem’s Food Truck, which serves Cajun soul food. Despite pandemic-driven restrictions, Potter was pleased with Blacktoberfest’s outcome. “The event was amazing! We were able to do well with COVID protocols and social distancing, and everyone that came out had a really nice time,” he says.

In addition to an expanded festival in 2021, there are plans for a documentary. The film “Evolution 2020” produced by Say Red Studios will document the collaboration that led to the emergence of the Blacktoberfest beer festival and emphasize the importance of circular economics in the Black community.

Potter hopes to shift the focus of the industry past a mere conversation. “Many of us are coming to the realization that the diversity and inclusion conversation is just that, a conversation. The narrative has to shift to one of ownership, equity and leverage, and I think we are primed to make big strides in 2021.”

“Evolution 2020” is set to be released in Spring 2021, and the Blacktoberfest beer festival is planned for late October. Look for updates on their website,  Facebook, and Instagram.

Toni is the co-founder of BlaQ & Soul, a beer industry equity activist, and a former beer industry analytical chemist. They hold a Master of Science in Chemical Engineering and the designations of Certified Cicerone® and BJCP Judge. Their passion for beer and community drives their work in creating a more equitable and just experience for marginalized people in the beverage industry.