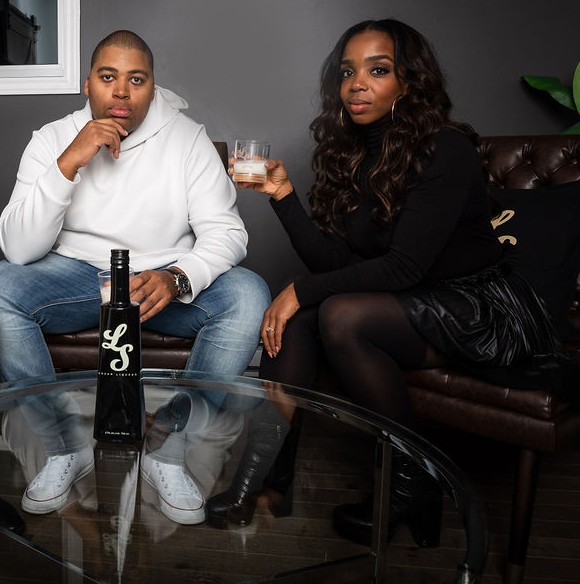 For Haitian-Canadians Myriam Jean-Baptiste and Stevens Charles, kremas was a holiday staple. Each Haitian household had its signature recipe, passed down and perfected over time. With a coconut cream or milk base blended with a spirit and spices, it’s a hearty drink that families would sip when temperatures dropped. It was only available in Haitian communities, but when Jean-Baptiste and Charles launched their brand, LS Cream, in 2014, they hoped to change that.

One Christmas party several years ago, husband and wife duo Charles and Jean-Baptiste witnessed someone gift a homemade bottle of kremas. This act set off a light-bulb moment for the pair. They wondered why they weren’t able to go to the store and buy this drink. It was something friends of all backgrounds requested each holiday. They knew they had to bring a packaged version of this product to market, but the details on how they’d pull this off were still fuzzy.

Fast forward to today, LS Cream Liqueur is currently available in over 200 locations in Quebec and the United States, including Florida, New York, New Jersey and Connecticut. They’re also able to ship 37 states within the U.S.

But before they could distribute across North America, their first step was nailing down the recipe, which is derived from Charles’ grandmother’s. His grandmother put the drink in a bag and jotted down the recipe. Charles and Jean-Baptiste sent the sample to a lab and received a full breakdown of the ingredients. After confirming they were able to recreate it, family members taste tested and approved the drink.

There were a few tweaks along the way; homemade kremas is quite thick and often leaves a residue around the glass. For the ready-to-buy version of the beverage, the duo opted for a thinner consistency and a luscious fresh cream and neutral grain spirit blended with coconut, vanilla, cinnamon and nutmeg.

With the recipe established, Charles and Jean-Baptiste knew they had something special on their hands. Before the product was rolled out to consumers, they entered LS Cream in the 2014 WSWA wine and spirit tasting competition in Las Vegas. They woke up to countless text messages and voicemails letting them know they had won the gold in the competition,  a surprising feat for an unheard-of brand that was competing against Baileys Irish Cream and other large players.

The initials in the brand’s name are for Charles’ grandmother’s first initial and Stevens. They decline to share her name to protect her privacy and maintain a bit of mystery.

The Ups and Downs

After successful careers in the corporate world, Charles in banking and Jean-Baptiste in sales, they’re both relieved to have a more fulfilling role and work toward something tangible to hand down to their two children. The two find balance with Jean-Baptiste’s grounded sensibility, while her husband Charles has the ideas.

It’s this balance that has helped them surmount the challenges of starting a new liqueur brand. The Société des alcools du Québec, Quebec’s notoriously challenging-to-break-into liquor board, originally suggested they try to break into the U.S. market first. Once they won the WSWA gold medal, the liquor board called them and asked to stock their product.

The U.S.’s unique three-tiered distribution system is packed with daunting regulations that vary by each state, so the duo gradually became experts at the research and paperwork required to launch their brand.

The hard work has proven fruitful and the feedback thus far has been resounding. Their first Quebec launch sold out in two weeks.

The Art of Giving Back

One of Jean-Baptiste’s favorite things about the liqueur is its versatility. While it’s typically consumed on ice, she pours it over ice cream for an added kick. And after experimenting during a night in with friends, she’s discovered that it works as a wonderful coffee substitute in tiramisu.

Between their ideas and partnering with a team of mixologists, they have created brilliant recipes to share like the LS Marble, an espresso-driven cocktail with notes of cream and vodka.

With meticulously curated details such as the slick packaging and a sleek online presence, LS Cream is creating a lifestyle brand that conveys “premium” and appeals to young professionals of all backgrounds.

Charles and Jean-Baptiste want to ensure their product pays homage to their ancestry. The nutmeg they use is sourced from Haiti, but they’re currently searching for additional distributors.

“We’ve actually partnered with Hope for Haiti, which is based in Florida and we’ll be providing clean water for 250 families in the south of Haiti. That’s something that’s absolutely important for us to be able to give back in any way that we can to Haiti,” Jean-Baptiste explains.

With plans to expand to Europe and Africa, the LS Cream team is testing some new flavors to introduce. They’re thrilled to throw themselves into something they love, but while the success of bringing a new product to market is rewarding, at the end of the day they just want to spread the joy of their culture with more people around the world.

“People say when they taste it they feel like they’re home.”

To learn more about LS Cream’s kremas liqueur and find a retailer near you visit, https://www.creamls.com/ or visit them on Instagram at https://www.instagram.com/lscreamliqueur/.