Hernâni Miguel Creates a Place for Culture, Music and Food at Lisbon’s Tabernáculo 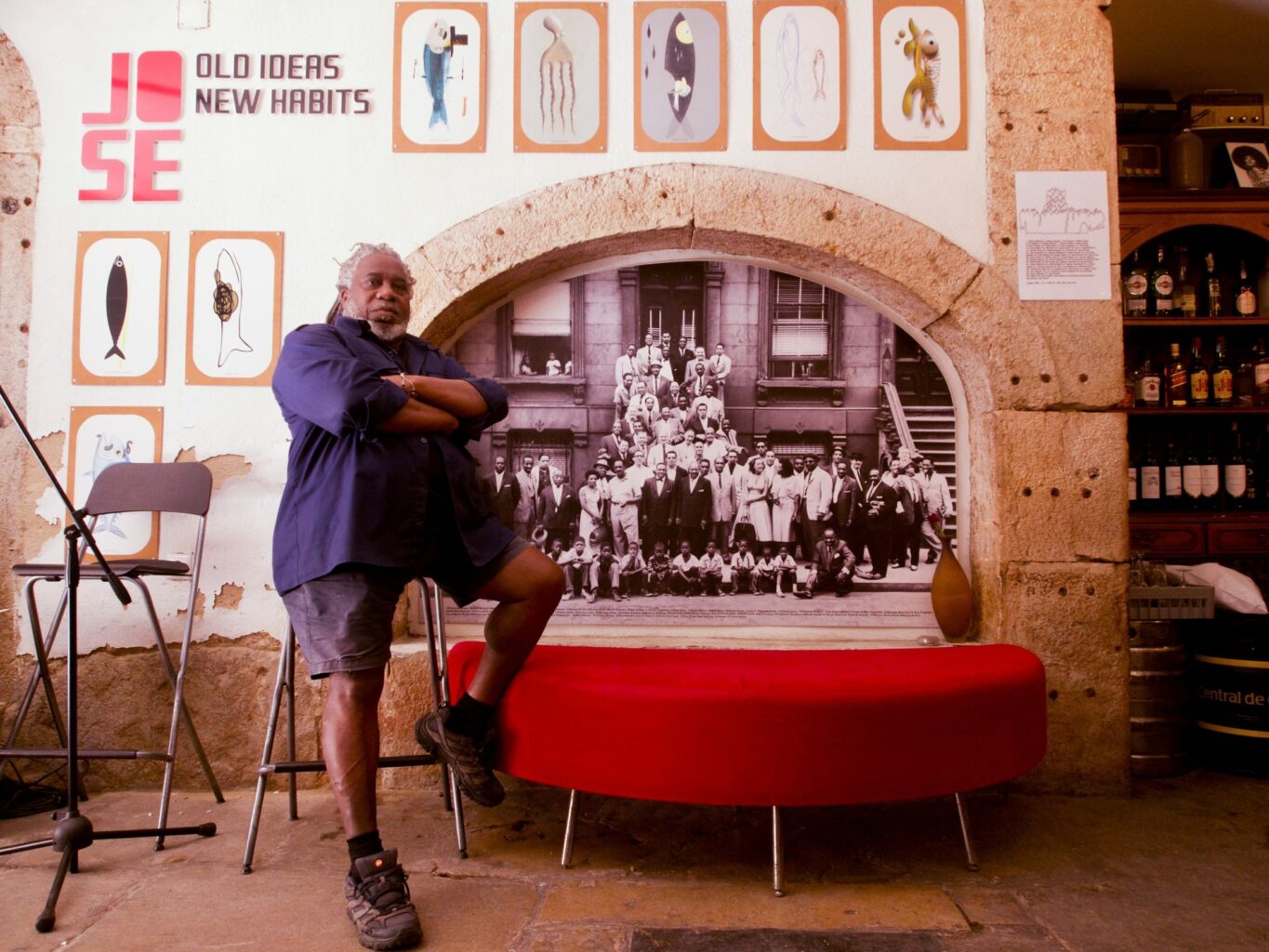 On any given night, Bossa nova bands, copious amounts of wine, African food that spans the diaspora, and a rotating guest list that includes all of Lisbon draw crowds to the wine bar Tabernáculo by Hernâni Miguel.

Miguel is a cultural steward of sorts and his career details his personal philosophy to bridge the African diaspora through art, culture, food and music.

For most people, Europe is a major travel destination, but for now, the global pandemic has halted most of our travel. Portugal has emerged as one of those destinations that have increasingly landed on many people’s radar. In central Lisbon’s Bica neighborhood, a wine bar with a 15th-century cave attracts many artists, musicians, intellectuals, expats, and locals each week.

The essence of community is a gift that Hernâni Miguel has created each night at his wine bar, Tabernáculo by Hernâni Miguel. On most nights at Tabernáculo, Bob Marley, Nina Simone, Nat King Cole, Marvin Gaye, and Stevie Wonder play over the music system after Udi Fagundis, a Brazilian musician, performs his set.

That was the scene when I stepped into Miguel’s wine bar two years ago. I bookmarked that evening in my mind and promised myself I would make it back to Lisbon for a seat at Tabernáculo by Hernâni Miguel.

Miguel was born in Guinea-Bissau, a country in West Africa, and moved to Portugal in his youth with his relatives. “I arrived in Lisbon in 1965. I came as a student, and I played soccer. I was very much into sports. I also grew up listening to music. Music is fantastic, and I love it very much. It was a large influence in my life. When I had the possibility to either continue my education or pursue music, I chose music. I hosted parties at school with my friends. Step by step music became my life. I wanted to be a DJ. I worked as a DJ in some bars in Lisbon,” he shares. A friend invited him to make an album after that.

He felt it was easy to have a bar of his own. “If you know how to create music, it’s easy to bring the crowds in. I loved hanging out with my friends. I made many, many friends in Lisbon, Black, white, and many other communities. I grew up with different social classes.”

Miguel knew he wanted to have a positive impact on his community. “I lived in the center of Lisbon. But I know the reality of Lisbon and surrounding the city. Sometimes we would go to the outskirts of the city and notice how hard life was for many people. I began questioning why so many people didn’t have access to resources. It’s very important for me and my friends to have a space, for everybody, but specifically for the Black community.”

Starting out as an African business owner in Lisbon was a challenge. “In this city, in the beginning it was not easy, but after many years, a few of my friends Zé Da Guiné and Mario Pilar, we changed Lisbon’s nightlife scene. We had new ideas and new projects, and then Lisbon started to change.”

Miguel’s hard work paid off as more entrepreneurs opened bars that featured diverse music in Lisbon. “If you go to Barrio Alto, that was the first place where that change began. Because Barrio Alto is very special. In Barrio Alto you can find the punks, back in the days, you could find different cultures. In the beginning, there were only three Black bar owners in the city.   This was very important. This was a real change in the music and cultural landscape in Lisbon. After a while, Zede Guinea and I parted ways.”

“I opened Tabernaculo by Hernani Miguel in 2015. Prior to that, I had a big space in Lisbon called Impossible Funky, a discotec in the city but eventually closed when the rent was too expensive. Around that time, I found the location of my current wine bar and loved the space. I wanted to create a space for African and Portuguese food and live music for the community.”

Miguel has a rotating list of African chefs who create delicious meals on the Tabernaculo menu. One afternoon Miguel, invited a talented chef of Cape Verdean heritage to prepare cachupa, a Cape Verdean national dish which is a stew of corn, beans, cassava, sweet potato and meat.

Miguel enjoys offering a wide variety of food from the diaspora. “Every year, on May 25, is Africa Day. I curate programming for over 18 hours of programming hosting, live music, art and handmade products for sale, and movie screening to celebrate African culture.”

Miguel is a conduit for connecting people and has demonstrated that throughout his career as a business owner in Portugal. “I opened many bars. Bars with attitude, with soul, jazz, blues, and open mics. I like meeting new people. I like feeling the vibe of the people. When you come here, you see different kinds of people. We must share and be honest with each other. Even if you don’t like a person, you must be gentle. I respect people and I have their respect.”

When asked why he loves what he does each week despite hard times, Miguel is candid. “I see the work that I am doing with Tabernáculo as if it’s my house. I invite people to come stay, eat, speak and to think and talk about what’s happening in the world —racism, religion, everything—to open the minds of the people. We speak about everything.”

He continues saying, “I am not rich. I work every day. I work a minimum of 12 hours a day. I like what I do. This kind of life, because I have the opportunity to read, speak with different kinds of people. This is culture. The culture is this—politics cannot understand this, that culture can change the world. If you have information, if you have culture, the world can change. One of the biggest problems in the world is people don’t have culture. Manipulation is easy when you don’t know anything.”

Miguel is eager to bridge the gap within the African diaspora from North America, Europe and the African continent. He hopes to inspire people to be open to new experiences and learn from one another. Opening Tabernaculo is part of his philosophy on the importance of creating spaces where an exchange of culture can take place.

COVID-19’s Impact on Businesses in Portugal

Miguel admits it has been a real challenge to stay open. Miguel’s wine bar was closed for five months and only recently reopened for business in the last three months. Business is slow, but he is determined to keep Tabernáculo open.

Not able to generate revenue in the five months he was closed due to the pandemic, Miguel was not able to pay his taxes to the government, which then led to not being able to qualify for financial support from the government.

Miguel is tapping into the community that calls Tabernaculo home each week to help bring in business. At the moment, lockdowns imposed by the Portuguese government prohibits restaurants and bars from operating past 10:30 pm. “I don’t worry. I am hopeful,” says Miguel.

Miguel welcomes guests who want a piece of authentic Lisbon experience. Keep up with Miguel on Facebook and Instagram, and if you’re in Lisbon, stop by and enjoy live music each week.

He has leveraged the connections he’s made in Lisbon to launch an arts and culture organization called Bokamundo. His plans now are to keep Tabernáculo by Hernâni Miguel going via a crowdfunding campaign on GoFund Me and turning the wine bar into a co-working space during the day for professionals and students.