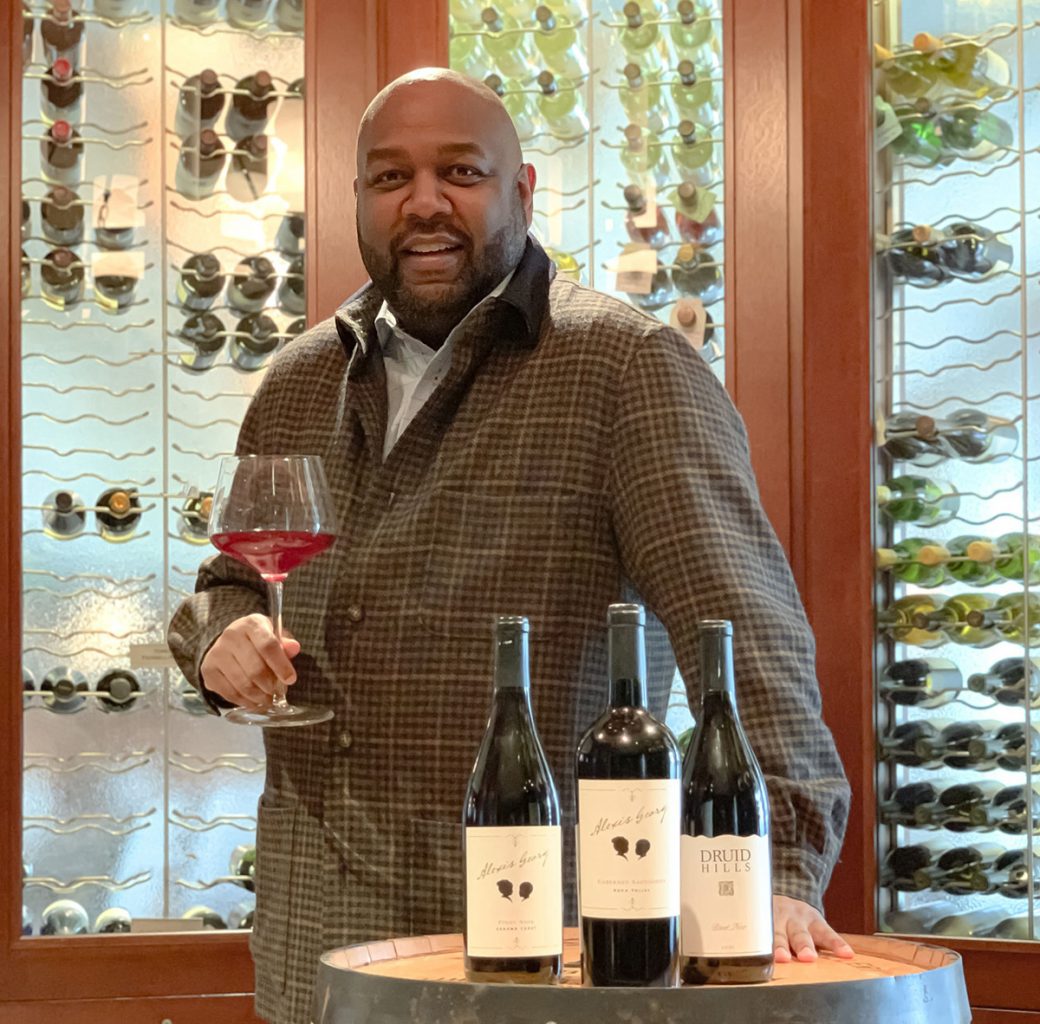 With exposure, opportunities are more likely to follow. That certainly is the case for Georgia-based winemaker George Brown.  Brown recalls his childhood days growing up in South Philadelphia, which he describes back then as being “tough” but also “close-knit” with the elders keeping the kids in the neighborhood in line. Being raised in a single-parent home, his mother worked for the Board Education and it would be the education throughout his youth and young adult years that would allow him to see what is possible.

“I was really fortunate to go to some really great schools,” Brown says pretty early in the interview.  He attended top-ranking schools: Julia R. Masterman (ranked first in the school district of Philadelphia and in the state of Pennsylvania) and Central High School (four-year university preparatory magnet school) and later studied at Howard University.  Each school along the way planted seeds of opportunities and a desire to pay it forward, which has become the cornerstone for his brand, Alexis George Wine Cellars.

At 15, Brown took a job at a local restaurant at the King of Prussia Mall as a busboy to help his mom with household bills due to a teachers’ strike. He later got a job at a hotel washing pans which would begin his career trajectory in the hotel hospitality industry as well as facilitate an introduction to wine.

Brown left for Howard University which he describes as life-changing. “Howard and college changed my life. It changed the way I looked at things. Changed the way I saw what was possible. It expanded my vision of the world,” says Brown. He changed his focus from medicine to business while in school and worked at a Hilton in Northern Virginia as an assistant executive steward before being promoted to department head. He later moved on to the Hyatt in D.C. in the same position and was promoted several times, including one promotion to a restaurant manager which took him to Fair Lakes, Virginia.

“Another point that was beneficial for me, that is where I first engaged and encountered the person who has been the most influential mentor I have ever had. He was a general manager of the hotel, a Black man.  The sense of mentoring people and the importance of it began to set it,” says Brown, who recalls how much he grew as a person because of this.

“The gentleman’s name is Robert Steele. The person who changed my life,” he says, stressing how much this meant to him as someone who did not grow up with a father.  Brown describes Steele as a professional gentleman who created opportunities for him as well as challenged him in a way he could relate. He also credits Steele with helping him gain a strong understanding of the financial aspects of business, which are proving to be invaluable as a business owner today.

The Hospitality of Wine

Moves around the country followed opportunities within the hotel companies he continued to work for over the years.  Hyatt properties in Florida, Kentucky, Louisiana, Maryland, Ohio, New Jersey and Virginia soon become part of his resume before he settled down in Atlanta, Georgia in 2007.

“Along the way having been a restaurant manager several times and understanding wine service, really growing wine knowledge, is when I really began to get into wine.  I was on the beverage committee for Hyatt as senior regional director and became a sommelier and really just continued to delve into wine.”

He also began organizing wine dinners, which allowed him to get into the nuts and bolts of pairing wine with food.

With his positions at Omni Hotels that started in 2012, he was able to travel to different wine regions which added to his wine journey.

In the later part of 2012, he met someone in Lodi, California who was building what is now Lodi City Winery and the two hit it off.  Brown shared that after a business deal they were working on that his interest extended over to the production side.

Brown began leasing space and producing wines under the company name Alexis George Wine Cellars, named after his son and daughter.  By 2016, he had added winemaker to his impressive resume as well.

Currently producing two labels under the company, Brown’s Druid Hills selections offer quality and a nice price point under $20.  Made with grapes from Lodi, you’re getting balanced wines that include a chardonnay, merlot, pinot noir and symphony moscato.

Alexis George wines start with cabernet and pinot noir grapes from Napa and Sonoma that offer smooth and rich mouthfeels and bold notes.  Both are under $30.

Reach One, Teach One

The next brand offering that will be available soon under Alexis George Wine Cellars is just as important as leaving a legacy for his family. He is calling it Reach. “Reach goes back to that foundation which we are all about—reaching back to help others. It is my belief that it is as important that we wrap our arms around our community and reach back and support our community just as intentionally as we want the community to reach out and support us,” says Brown.

Because Brown’s business model was created with the importance of giving back, he currently provides proceeds from sales twice a year to organizations that offer academic scholarships for students.  He plans to grow their contributions with the launch of Reach.

As Brown looks to inspire future generations through education and winemaking, the message of being open and as ready as one can be has been constant throughout his life.  Looking back, he says the George Brown growing up in South Philly didn’t know what wine was, let alone what it looked or should taste like. However, the George Brown who has emerged 40 years later, not only understands how to make it but also how to use it to do good.

For more information and to purchase Druid Hills and Alex George wines as well as the upcoming release of Reach, visit https://alexisgeorgewines.com/. You can also follow Brown and this brand on Facebook and Instagram.