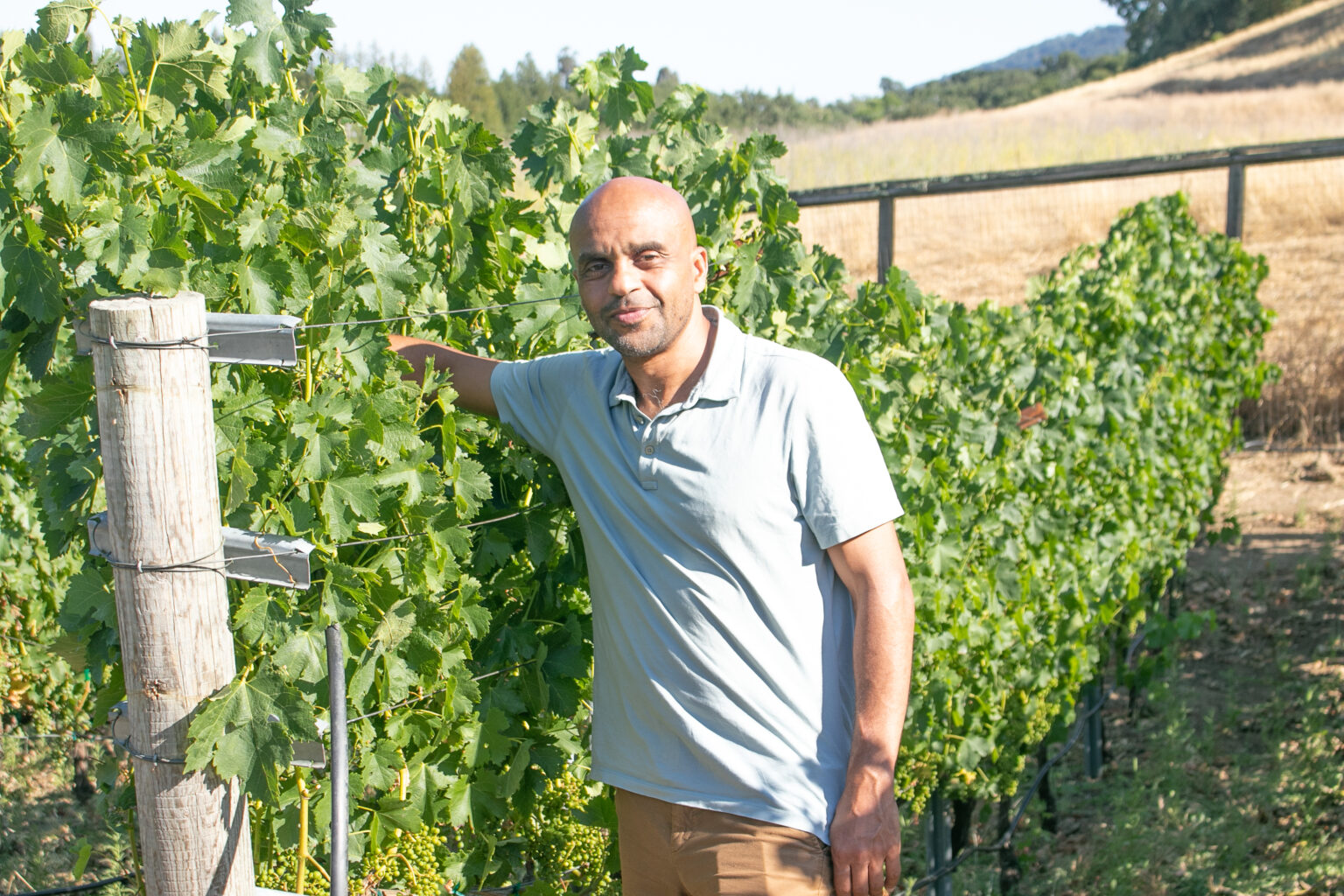 Changing the acceptance and perception of honey wine globally.

Often the smallest spark of an idea results in the pursuit of a magical dream. And for some, that dream turns to reality. In Ayele Solomon’s case, that moment transpired when he established the Honey Wine Company six years ago in Sonoma, California.  Inspired by the traditional t’ej honey wine from his native Ethiopia, he formulated a concoction that would cater to a broader audience of grape wine and craft beer lovers by applying new wine styles. The result is Bee d’Vine Honey Wine, which is available on the website, at select retail stores and shipped worldwide wherever legally permitted.

Just six weeks after launch, Bee d’Vine was featured on The Today Show on NBC and last year Solomon was recognized as a Tastemaker in Food and Wine Magazine. Contrary to popular sentiment, the honey wines made here are not overly sweet like mead or dessert wines but consist of some dry and semi-sweet versions too. “As far as I know, nobody else is taking it as seriously as we are in our approach, practices and ingredients,” says Solomon. “We have tried to apply the oenological science, so stylistically we are known as honey wine, but we are really made in a wine style on the philosophy of making grape wines.”

Where t’ej is homemade in a rather rudimentary manner with a bittering agent called gesho (a buckthorn used similarly to hops), Bee d’Vine offerings are all made with raw local honey and pure spring water, fermented with yeast, then aged in barrels and bottles before being made available for consumption. The demi sec is the light and fruity avatar, while the brut is the crisp and dry variation, both available in still and sparkling options. The former pairs well with spicy foods and barbecue and the latter is an apt partner for seafood and pasta. They come in 375ml and 750ml versions as well as a whopping 3-liter limited edition.

Solomon also offers a Brut X Reserve and a Dolce X Reserve. Additionally, available for sale on the website is the berelé drinking flask, modeled on the ancient round glasses that t’ej is sipped from.  A grape wine collection with no honey is available under the label Wancha (meaning horn cup or winner’s trophy in Amharic), featuring a cabernet sauvignon and a chardonnay starring grapes from certified organic or sustainably farmed vineyards. These were inspired by the traditional winemaking experience Solomon was exposed to at his father’s vineyard in Northern California.

The research and development phase for Solomon’s wines stretched a five-year period, during which much experimenting ensued. “I was also learning, so it was small batches, sometimes testing different parameters like honeys, yeast, temperatures, protocols, aging regimes, aging vessels,” he shares. “You can’t really change more than one parameter at a time, so that’s what took so long, especially the aging.”

All that work paid off and the response has been overwhelmingly positive. The wines are now also available in Japan, the Philippines and across Europe and were also available on Ethiopian Airlines’ business class until flights were reduced due to the coronavirus scenario. Solomon’s tasting room at downtown San Francisco’s Ferry Building, a bustling location with daily tourists and local footfall, also had to shut down just four months into operations due to the pandemic. Beyond the basic approvals and administrative formalities, he had to make the case for his honey wine being different, local and sustainable to bag the coveted spot.

Bee d’Vine was the first and only winery to have a tasting room allowed on the premises from among thousands of wineries across California. However, one of the advantages as a result of COVID-19 is that people are ordering a lot more wine online, which helps smaller winemakers such as himself. Building awareness around the brand and marketing honey wines that are different from the commercial wines more commonly found in restaurants has been challenging. In an effort to educate people on the topic, Solomon has authored a book, The Celebrated Story of Honey Wine, covering the history, process and other related aspects.

Until about two years ago, winemaking was a side gig for Solomon while he maintained a day job with a wildlife protection and forest conservation firm working on projects in Africa. Specializing in REDD+, created under the United Nations Framework Convention on Climate Change (UNFCCC), the focus was on reducing emissions from deforestation and degradation via conservation of forest carbon stocks, sustainable management of forests and enhancement of forest carbon stocks. Solomon’s work took him to Ethiopia’s Kafa forest in 2009, a UNESCO biosphere reserve, where he conceived honey harvesting as one manner of curbing deforestation resulting from local communities dependent on crop farming for their livelihoods.

With honey harvesting, there is no deforestation of land required for planting crops and no irrigation, chemicals or pesticides involved. Plus, the forests provide nectar and pollen for bees to thrive. Solomon transferred that idea to his home base in California, seeing that honey wine was more a homemade potion enjoyed with family in Ethiopia than one produced on a large scale for commercial consumption à la west coast wine country. That spark of an idea has helped bring his world full circle, given he opted for environmental economics and natural resource management at the graduate level.

As for zeroing in on Sonoma for this chapter of his business, “It’s the quality of winemaking,” says Solomon. “There is more attention to detail, better equipment and better oversight.” As honey wine can be made anywhere that honey is available and be easily transported or stored as honey doesn’t spoil quickly, the options for Bee d’Vine are many. Solomon is planning for more varietals in the future. He hopes to one day have honey from tropical rainforests be a part of his venture while also continuing to do good for the environment overall.

Visit The Honey Wine Company to shop at www.beedvine.com and follow along for the latest updates on Instagram.

Special offer for Cuisine Noir readers: Receive a berelé flask when you place an order and reference this article. Shop now.