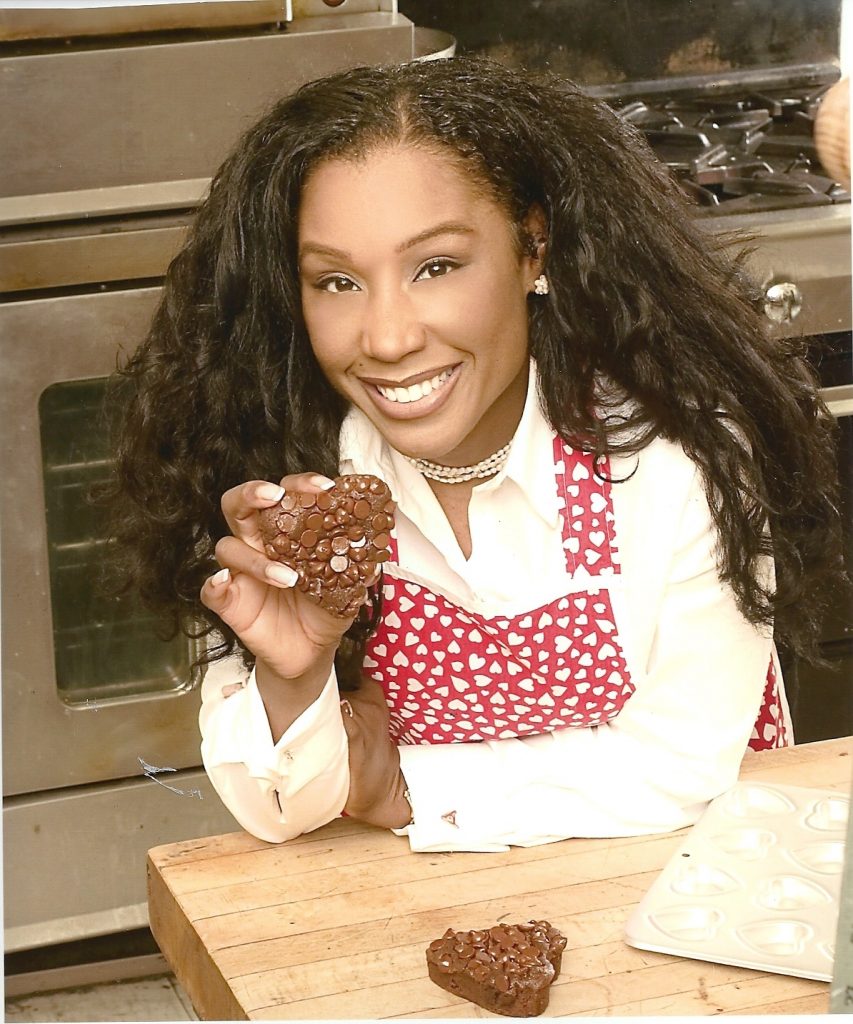 On Thursday, August 4 in San Jose, Calif., Aundrea Lacy will celebrate 20 years as an entrepreneur and founder of Luv’s Brownies, a business she started after a simple request for brownies by someone who helped her get a job at Hewlett Packard. Her brownies are made from scratch with a dose of double chocolate in the shape of a heart, but that is not the only reason they are so good. It’s also the story behind her accidental success that keeps customers coming back for more.

“It is my own recipe as I developed it by accident because I have dyslexia. What makes it so special is that I doubled the chocolate by accident so if you like chocolate they are for you,” says Lacy. The San Francisco native wasn’t diagnosed with the learning disability until she was in college.

While attending San Jose State University, Lacy wanted to major in business marketing but could never get pass the math requirements. “I was really struggling in college and I failed the same math class five times,” says Lacy. Soon she would discover why and decided to major in journalism instead. She credits the school for helping her graduate as a student with dyslexia by lifting some of the failing grades from her transcript which allowed her to get her degree. When she transposed the amount of chocolate in her brownie recipe, she would later learn that her challenges with dyslexia would have a silver lining after all.

Immediately the brownies were a hit and soon orders started coming in from what are now some of Silicon Valley’s tech giants such as Intel and Microsoft. She named her company and brownies after her childhood doll, Luv, and added the heart shape to make them stand out a little more. “The company started making money out the gate because I didn’t have any overhead,” says Lacy, who continued working at Hewlett Packard for 10 years until she was laid off in 2000. Luv’s Brownies was still going strong and this change in employment status only kicked her entrepreneurial spirit into full gear.

She began expanding her business by doing more events such as weddings and parties.   As word traveled, in 2006 she caught the attention of Black Enterprise magazine. Lacy would become the first black entrepreneur in Silicon Valley to be featured in the magazine.  The timing was perfect as Luv’s Brownies was about to celebrate 10 years by hosting a blow-out bash at Jay-Z’s New York 40/40 Club benefitting Elton John’s AIDS Foundation. The celebration ended with the announcement that Lacy would be on the cover of the magazine’s November 2006 print issue.

In the spring of 2007, she released her book, “Brownie Points,” which offers powerful resources and advice on how to grow a business through the ups and downs as well as changing times. “When I decided to start the business, I was putting all of my information in search engines. It was all a manual process. There was no one else online. So there was no Mrs. Fields, no Harry & David. I was the first online so when you typed in brownies, I would come up. This was in 1996.” How times have changed and now not having an online presence can be bad for business.

Fast forward to 2016 and Lacy has met yet another milestone; 20 years of serving Luv’s Brownies to brownie enthusiasts around the world. Her anniversary celebration is scheduled for August 4 from 6 – 8 p.m. at the San Jose Municipal Stadium with the San Jose Giants, the minor league affiliate of the San Francisco Giants. “My community has supported my business for 20 years. I sincerely appreciate all of the ‘Luv’ and support.”

Lacy began selling her brownies at the stadium after they were given to the chief marketing officer as a birthday gift. That was six years ago and baseball fans catching a game can purchase them at concession stands and in the barbeque area.

The anniversary meet and greet will also host a clothing drive to benefit “Mission Possible,” a program by Maranatha Christian Center to help individuals re-entering the community and workplace.   Supporters coming out to the celebration are asked to bring gently worn clothing for donations and in appreciation will receive a free heart-shaped Luv’s brownie. Lacy is offering a limited number of free tickets to the game and celebration.

“It was something unintentional that turned into a beautiful story in the end,” says Lacy reflecting on her 20-year journey. She will be sharing more with entrepreneurs in September at Cuisine Noir’s Behind the Business Conference. “Never let any challenge stop you from making your dreams a reality,” are her final words and this statement has essentially been the mantra of her life.

To request tickets for the anniversary celebration, send an email to info@luvsbrownies.com and be sure to include your name and number of tickets being requested. For more information about Luv’s Brownies and to place your order, visit www.luvsbrownies.com. You can also follow Luv’s Brownies on Twitter, Facebook and Instagram.