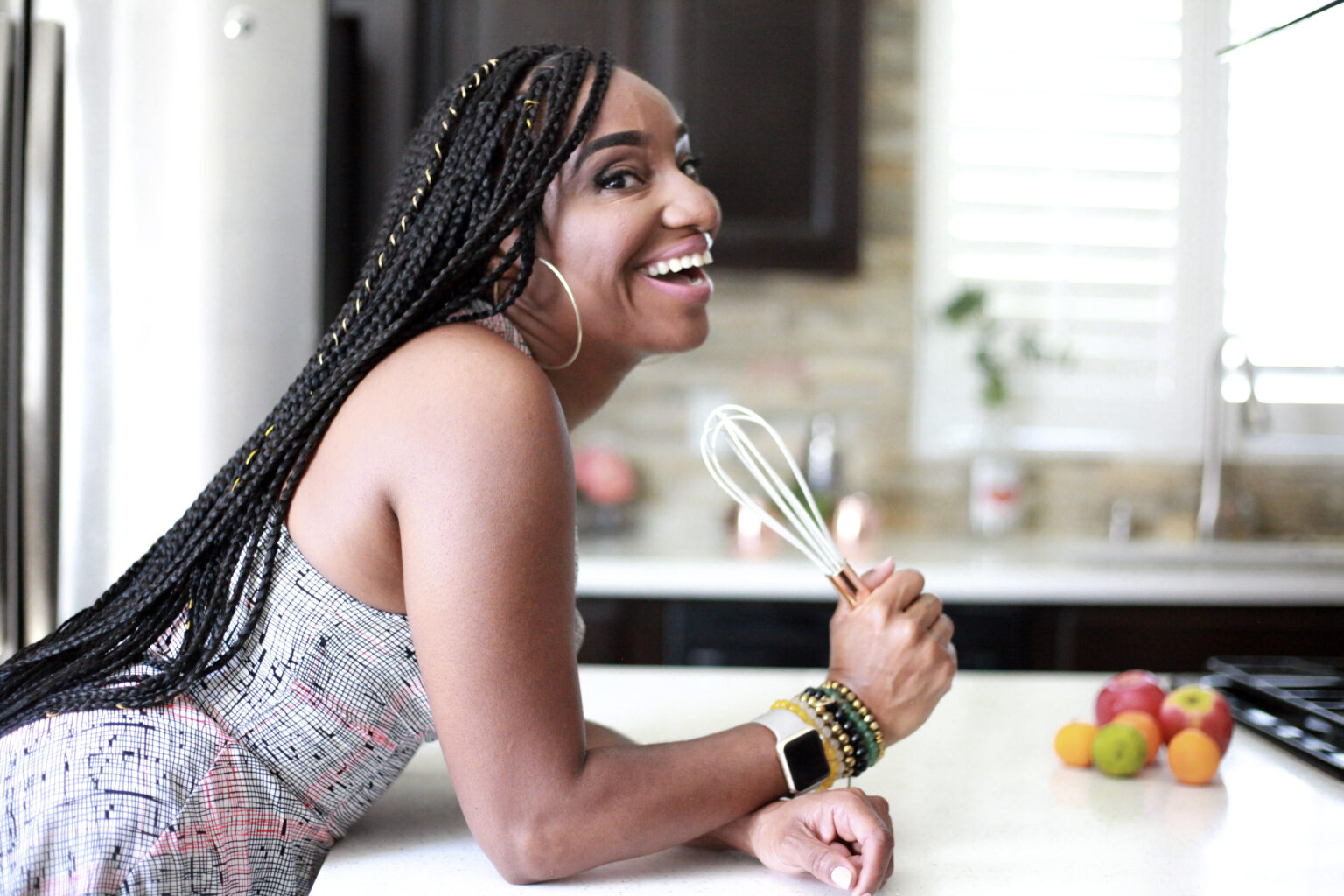 If you were told you had to give up cheese and ice cream for the rest of your life, would you do it? Could you do it? Bobbie Cheri Gobert is a millennial trailblazer who could and did. She was diagnosed with fibromyalgia seven years ago. It’s a chronic, complex and common disorder that causes pain throughout the body. She had an unbelievable life before her diagnosis. Even though she had to change some things after fibromyalgia reared its ugly head, Gobert continues to blaze trails, with no signs of slowing down.

Blazing Her Own Path

“I’ve never had a regular job,” Gobert says. She started braiding hair at the age of 15, became a licensed cosmetologist at 18 and started writing songs when she was 21. This wasn’t a big surprise since her dad is a musician. Gobert ended up going on tour as a backup singer for numerous acts. I promised I wouldn’t mention any names, but we’re talking popular Top 10 artists here.

Then, as luck would have it, Gobert landed a music publishing deal with the help of Tina Davis (Chris Brown’s ex-manager) and LaRonda Sutton, who at the time was the vice president of music, development and production for Foxx/King Entertainment.  That’s Foxx, as in Jamie Foxx.  Gobert also did a record for Frankie J, a Mexican-American singer, songwriter, and rapper who received a Grammy nomination in 2013 for Best Latin Pop Album. She was living her best life.

When the music publishing deal ended, Gobert and a business partner launched an accessory brand. They made hand-painted accessories from 2011 – 2016. She walked away from it all in 2016 and started her own company BCG Creative for vocal artists. It’s a full-service consulting company catering to entertainers and brands providing services for everything from artist development to event planning and production.

Back to Unfinished Business

Happy with her career and finally having her illness under control, Gobert still had some unfinished business. Back in 2015, she had the idea to write a cookbook but didn’t follow through with it. This too wasn’t a big surprise since her mom is a chef.  Gobert had a fear of putting herself out there, so the cookbook accumulated dust while sitting on the back burner. Then one day she realized, “Every day I waited was another day of not living out my true purpose.” It was this revelation that pushed her into high gear. She picked up her cookbook idea, blew the dust off, and started writing recipes. She spent one year developing and perfecting her recipes. All of that perseverance and hard work paid off in November of last year.  Gobert is now a self-published cookbook author.

Remarkably, Gobert’s fibromyalgia was the main influencer for her cookbook, “Don’t You Dairy.” Her doctor knew she didn’t want to be on drugs for the rest of her life and suggested she eliminate alcohol, dairy and stress. The bottom line, Gobert had to change her diet. “This was hard at first because everything has dairy in it,” Gobert says. Some things you would guess have dairy, including deli meats, tuna fish, and chewing gum. “I had to read labels.” Going to restaurants was an issue as well. “Dining out while avoiding dairy was a challenge in the beginning,” Gobert admits. “Then I realized it’s okay to ask questions and advocate for myself.”

“You have to take control of your health and not leave it up to others.” Did you know some people think mayonnaise has dairy?  A combination of frustrations led Gobert to produce 50 amazingly delicious recipes for her cookbook. Even though it took a year to pull everything together, it was worth it. “I wanted everybody to say, ‘Oh my God, this is the best thing I’ve ever tasted.’”

During the bonus round of my interview, we talked a little more about her book and the inspiration behind the recipes.

With your mom being a chef, did you “borrow” some of her recipes and the foods she loves to eat.

Yes I did. Her turkey ham and broccoli casserole (made with onions, rice, cheese, cream sauce, and toasted bread) and her BBQ spaghetti (made with cheese, barbeque sauce and noodles). I had to alter these recipes, but they still taste good.

You mentioned earlier placing an order from a restaurant menu can be challenging. What are some things anyone could do when dining out and attempting to avoid dairy?

Go to a steakhouse. You can tell them how you want your meat cooked [with olive oil] and you can order the vegetables plain (without the butter). Frequent places that have a specialized menu (i.e. Mediterranean or a menu with codes like V, GF, and DF).

My favorite meat dish is a short rib sandwich with vegan provolone cheese, chimichurri sauce, tomatoes and spinach. My favorite seafood dish would have to be shrimp and grits. It’s the best I’ve ever tasted.

What are your top 5 go-to vegan products?

Gobert is rocking it out at BCG Creative. She’s working on a new logo and she is in the continual movement of getting her brand out there. She says she plans on releasing another cookbook in the future, but for now she’s working on recipes for her blog.