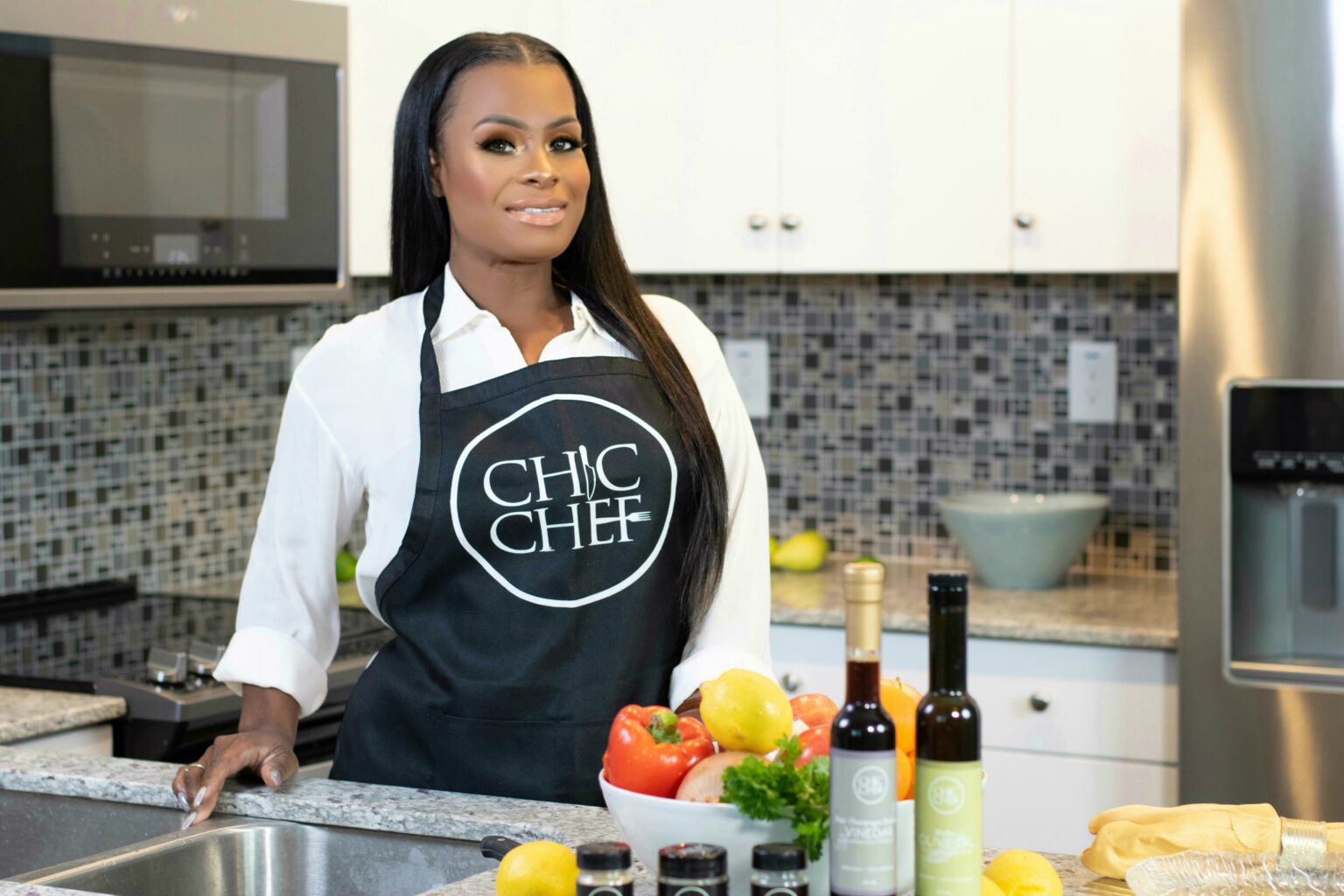 Chef Nik, better known as “Nik the Chic Chef “or “Foodie with a Cause,” has merged her passion for food and life.  Over the years, she has gained national recognition for her amazing culinary art skills having prepared cuisine for celebrities such as Jess Hilarious, Supa Cent, Angie Stone, Vivica Fox, Tisha Campbell, Tichina Arnold and Snoop Dogg. Fields is possibly the only Black chef with her own olive farm and a collection of infused olive oils and balsamic vinegars. In the past few months, she introduced a new line of syrups and is planning to open a retail store and café.

Fields grew up in Brooklyn, New York with her Caribbean-American parents who instilled a love for food in her since she was a little girl. She earned a culinary arts degree and traveled to Italy in search of culture and good food. However, her parents discouraged her from working in the culinary field as they did not consider it to be a glamorous career. Fields earned a master’s degree in finance instead, worked at a bank and excelled in her field. She had a family and continued to show her love for food by throwing parties and family dinners.

Create Your Own Path

At age 43, once her daughter graduated from college, Fields decided to pursue her life’s dream in the culinary arts. “I already had the skills and just needed to brush them[up]. I needed confidence to face the competitive environment,” she says.

Fields also wanted to use her business skills and create her own path in the culinary world. Instead of working from the ground up, she co-created Chic Chef Co. in 2016. She purchased olive groves in Italy, produced olive oil and introduced 15 organic, salt-free and hand-mixed seasonings. “Think of it as a healthier version of Goya. It’s easy, delicious and doesn’t require any cooking,” adds Fields. She recently introduced a line of honey-based organic simple syrups under Chic Chef Co. that come in flavors such as mango lime, jalapeno and lavender vanilla. The products are available online and in select retail stores. Next, Fields is working on a line of sorbets.

When asked what does it takes to create one’s own product line, Fields says, “It takes a lot of testing, trials and errors. You want to pick a product you can stand behind. I have an appreciation for Italian culture and add my spin on it with my Caribbean background. That’s new and unique.”

Fields plans to open a flagship culinary location in January of 2021 in downtown Phoenix, Arizona. The location will also feature a community garden, a restaurant called Chic Chef Co. Marketplace and Café and a private tasting room called Culinary Vibe where Fields will host cooking classes, private dinners and events.

Through her books, this culinary trailblazer also wants to teach others about reducing food waste, the importance of food sustainability and how food stimulates mood and sexual drive. Her third book, “The Chic Chef Approach Volume III: Waste Not Want Not,” releases in October 2020.

Fields continues to give back to her cultural background in the Caribbean. Every year, she travels with her team to the island of Hispaniola (an island divided into the nations of Haiti and the Dominican Republic), where they fund clean water programs and help villages build private wells. Her nonprofit organization, Waste Not Want Not (WNWN, Inc.), encourages households and restaurants in the U.S. to limit food waste. They hold seminars for kids and adults in Arizona to teach them about food waste and how to grow their own gardens. “My culture teaches me to help as many people as possible and not to discriminate among the community.” Fields says she plans to mitigate hunger by offering free meals to the homeless populations in Phoenix.

The pandemic has not slowed down Fields and her efforts to help everyone eat better, save money and drink clean water. She adds, “The downtime allowed me to have more focus than before. I learned more aspects about my business and [will] be ready for when the world opens up again.”

Learn more as well as shop with Fields at https://www.chicchefco.com  and follow her Instagram and Facebook for updates on new products and the opening of her flagship store.