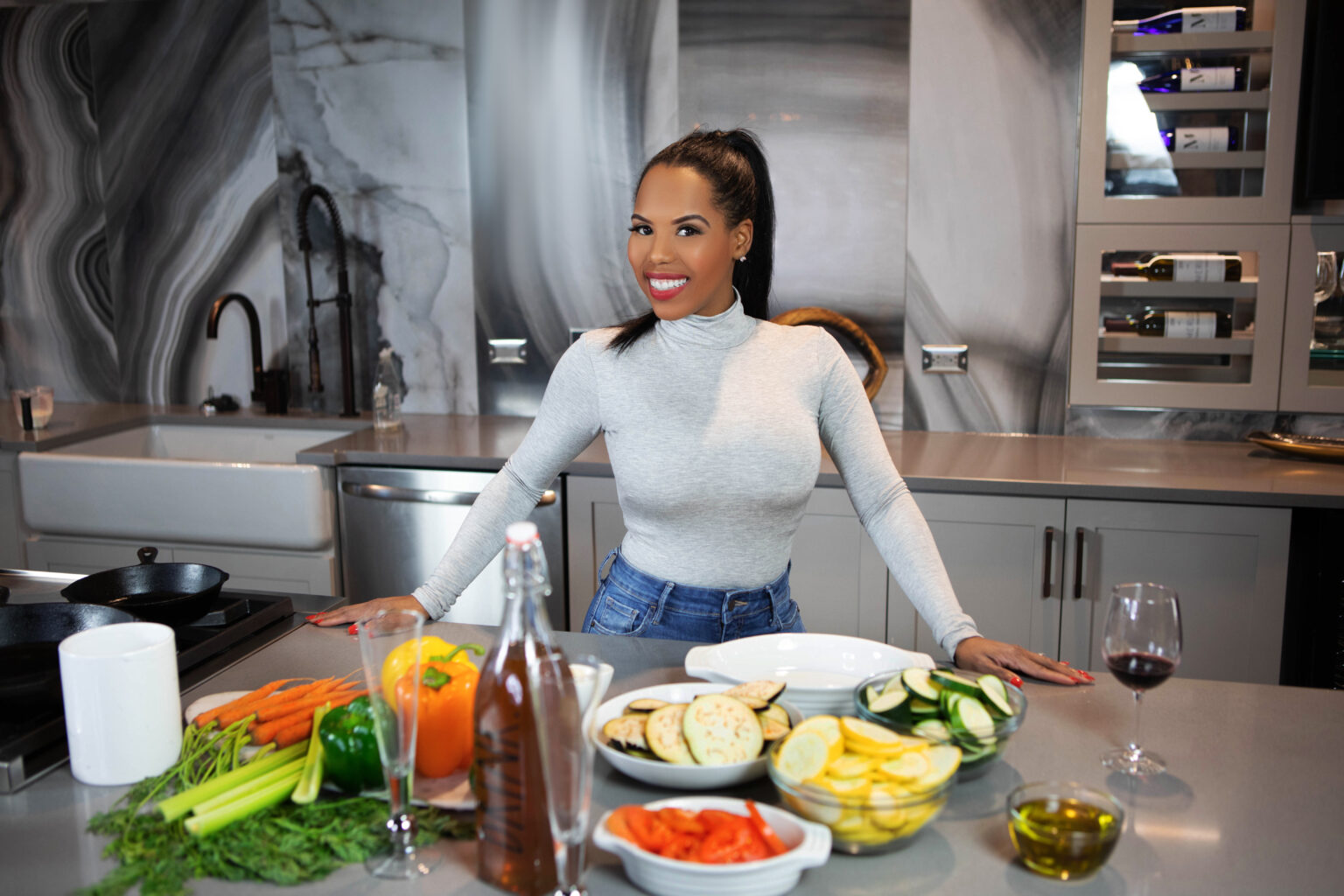 There is something to be said about the power of vision boards.  They motivate, inspire and most importantly, allow us to dream big.  That is exactly what it did for Georgia restauranteur Kelli Ferrell and her husband when they created their board with the dream of one day owning a restaurant. Today, family, friends and foodie fans know it as Nana’s Chicken-N-Waffles.

“My husband and I did a vision board a few years ago and we put a restaurant on that vision board and little did I know that would kind of come to life and it did. It is just one of those things that come naturally,” says Ferrell, a Baltimore native. Following the high-risk pregnancy of her twins, Ferrell decided to step back from a successful event planning career after six years. Not one to be a stay home mom, the vision board not only helped Ferrell plan her next professional move, but it also reconnected her to a lifetime of family recipes that are now the stars of the restaurant’s menu.

“I have been cooking all of my life. I come from a grandmother who cooks, I come from a mom who cooks, so it has always kind of been instilled in me.  But to be honest, a lot of people don’t know my background was in fashion merchandising and design, so I never wanted to professionally cook. It was just one of those things that truly came about,” says Ferrell.

Moving to Atlanta in 2003, Ferrell went to school to pursue fashion, eventually opening a boutique with friends. After fashion came event planning and then a break to focus on family.  Ferrell, a mother of five girls, was looking for something new.

A location that Ferrell and her husband noticed over the years had a history of restaurants opening and closing.  Since creating their vision board, it had become vacant again, which prompted them just to inquire about the space out of curiosity. To their surprise, they soon became the new occupants and the restaurant named after her grandmother was born.

First came the vision, next came the space and now it was time to get down to business. “We winged the whole thing. We took family recipes from his side and family recipes from my side and my uncle helped me out. We had no clue if it was going to work, but we said we would give it a try.  It is still on the board and it is still rocking and rolling,” says Ferrell.  That was 2016.  To be specific, they opened the day after Christmas on Dec. 26, 2016.

Sharing a Lifetime of Family Recipes

Open for breakfast, a late lunch or early dinner, Nana’s has quickly become the spot for when you want a meal that tastes as if your grandmother made it.  Shrimp and grits, fried green tomatoes, deep-fried catfish and of course, the signature chicken and waffles are menu staples cooked in family tradition.

Another critical piece of advice that she shares is to do what works best for you and your business. Not everyone is going to encourage and support you. “It was so many noes before it was so many yeses, that I always say, ‘If I would have listened to them, where would I be now?’”

The ample number of five-star ratings on Yelp! is a clear indication that Ferrell and her husband are indeed moving in the right direction.  But who are their fiercest critics?  Their 4-year-old twins. “They’ll come in and tell us what they want and create their own dishes.  It’s fun.”

Cooking Beyond the Restaurant

This past June, Ferrell released her first cookbook, “Kooking with Kelli: Kollection of Family Recipes from Nana’s Chicken-N-Waffles,” that not only transports the restaurant into people’s homes, but allows Ferrell to continue sharing family recipes that you may not get to experience at Nana’s. It is also another dream that come to life from her vision board. 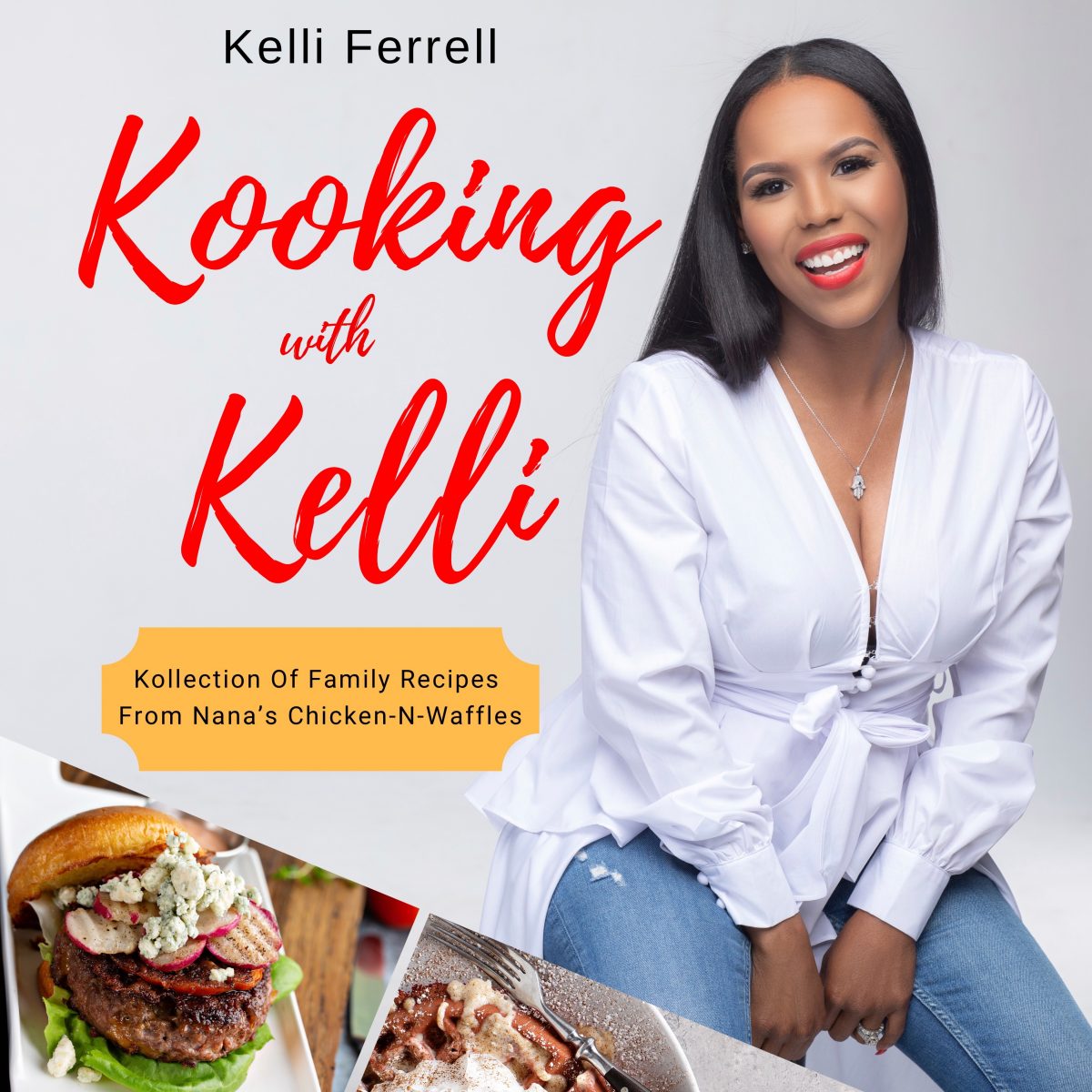 “I have always wanted to implement family recipes.  I am the first person in my family to write a book and I wanted to show my girls most importantly that you can do anything.”

If you don’t already have the book, Ferrell hints that the recipes are easy and simple with something for dinner with the family to lunch with friends. “I am not one of those chefs where you need twenty thousand things.  There are recipes where you have some of those things at home, where you don’t have to go out [to the store]. Things that you can just kind of throw together,” says Ferrell.  She adds, “It is not just a cookbook. Really, it is a lifestyle book where I give some tips on being a business owner, being a wife, being a mother and of course you have some food involved. It even has a little fashion in it.”

With a few cooking appearances under her belt, including one in her hometown back in Maryland and an upcoming anniversary around the corning, Ferrell may also be whipping up another surprise for her foodie fans. To learn about whatever that may be, you can follow her and the restaurant on Instagram and Facebook or visit them online at https://www.nanaschickenandwaffles.com/. Nana’s Chicken-N-Waffles is located at 1040 Flat Shoals Road SE in Conyers, Georgia.

For a cookbook spoiler alert, head over to our recipes for her Nana’s Banana Bread and Southern Sweet Potato Pie.

This article contains an affiliate link. Please see our disclosure for more information