Jamaican Cuisine Has a Bright Future in Berlin 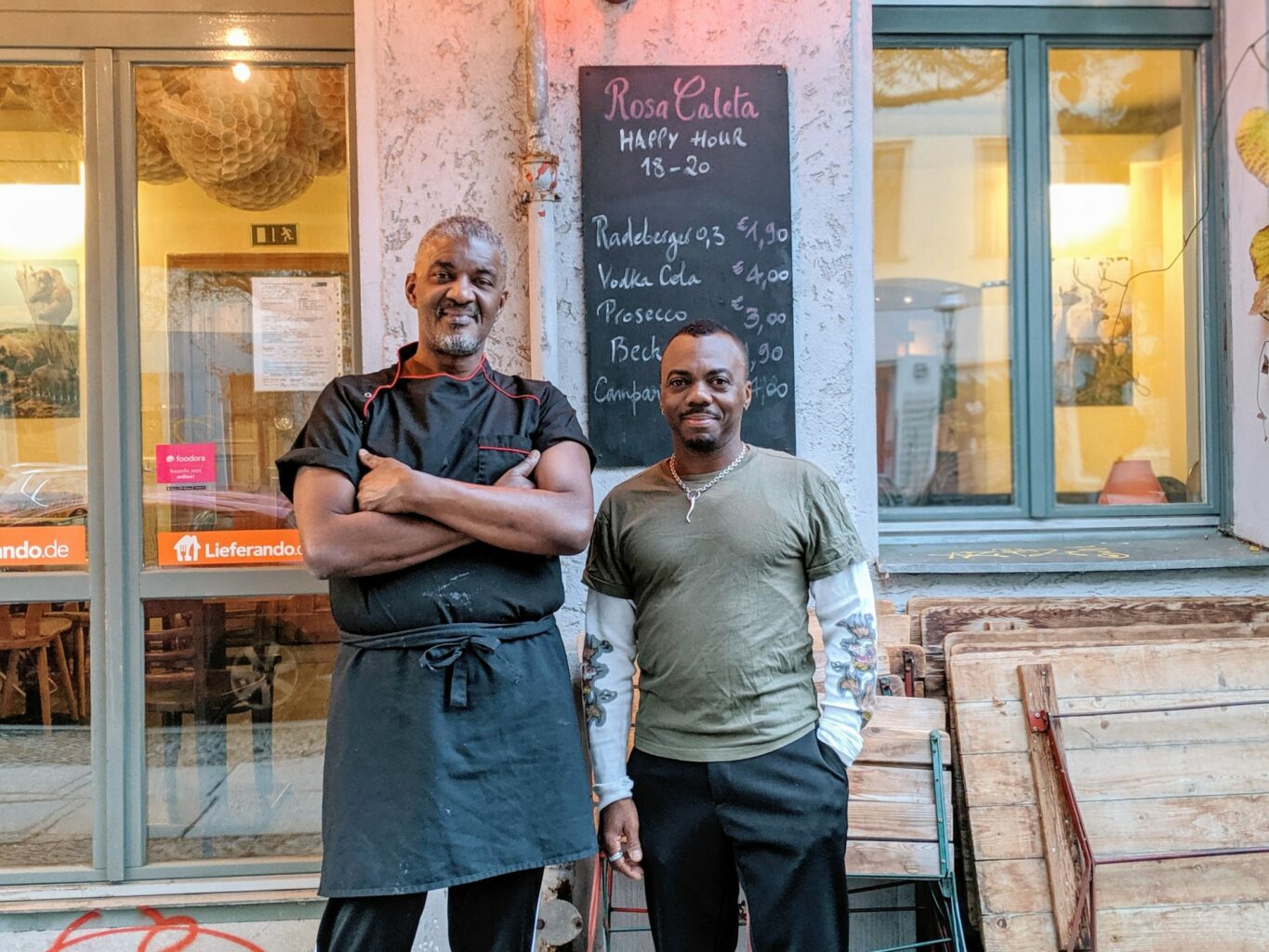 Ten years is a long time for any restaurant to keep its doors open. But for a Jamaican restaurant in the heart of a rapidly changing city such as Berlin, ten years feels like a lifetime.

RosaCaleta’s longevity is a testament to the fact that they’re doing many things right. With a decade under their belt, owners Kirk Henry and Troy Lopez have finally found the right balance — they’re able to remain competitive, which includes keeping a close pulse on what diners want, while pushing their palates forward with innovative fusion dishes. Based in the gritty-but-cool Berlin neighborhood of Kreuzberg, Henry and Lopez have seen the neighborhood transition from predominantly German-speaking to a robust community of Americans, Brits and people of the African Diaspora — all of whom flock to RosaCaleta for its exciting Jamaican-European fusion meals and dynamic social scene.

Co-owner and chef Lopez creates RosaCaleta’s menu with one simple concept in mind; Lopez doesn't serve anything he wouldn't eat. And Henry, the co-owner and manager, tastes each new recipe to ensure it's verified by someone with a palate calibrated to decipher the nuances of Jamaican food. The process of creating a new dish is a tedious one, requiring several iterations to land on a finished product that's reverent while still challenging norms.

And the dishes are made even more special with authentic ingredients brought directly from Jamaica. Henry makes frequent trips to the island, each time bringing back a key component of the restaurant's recipes such as curry powder and pimentos. These imports allow RosaCaleta to flex its imagination, yet always staying grounded in the fundamentals of Jamaican food.

German Cuisine Gets a Jamaican Twist

Though their experimental streak runs deep, the duo refuses to touch certain traditions. According to an unwritten rule, a Jamaican dish must contain thyme and scallions. A rule Lopez firmly honors. RosaCaleta’s curry goat, for example, is a perfectly executed homage to the Jamaican staple, with tender meat and spices such as thyme and scotch bonnet rounding out the dish.

But, according to Henry and Lopez, every other ingredient is fair game. They’ve taken this philosophy to heart by creating a menu that’s half classic Jamaican dishes and half European-fusion mashups that pay respect to the restaurant’s home in Berlin, Germany.

Spätzle is a traditional German noodle made of flour that’s usually served with a simple butter or mushroom sauce. However, RosaCaleta, which is named after both of their grandmothers, combines a gluten-free flour with a grated plantain to create its riff on the dish. It is served with vegetables cooked in a coconut cream to create something that is all at once, light and suitable for vegans, yet hearty.

“I always tell people, we’re not making spätzle, we’re making Jamaican spätzle. I want that to be clear. We’re taking your idea of one thing and turning it into our idea of what that should be. Any comparisons you make may just be in shape and in the idea, but we’re turning it into something else,” says Lopez.

On a recent trip to Jamaica, Henry tried a deboned oxtail tartlet that, he believes, is a prime example of the sign of Jamaican food’s evolution. “Jamaicans are world travelers. And they've gone places, they've seen things, they've tasted things. They always bring it home with them. And so what you see is Jamaica taking the world and using it as its base, adding Jamaican accents to it,” says Henry.

Becoming Part of a Community

The RosaCaleta team spent time at the 4th annual Cariforum-EU Business Forum in September and were in awe at the potential they saw from brands showcasing products such as banana ketchup and scallion powder. Henry believes the potential for vegan and gluten-free foods in Jamaican cuisine is one that could broaden its appeal. Jamaican food has yet to garner its full mainstream recognition, but Henry and Lopez believe the cuisine's innovation is a good sign.

One thing that hasn’t changed over the last ten years is RosaCaleta’s commitment to the community. On any given evening, Henry, who juggles the management and operations of the restaurant, is often spotted waving to neighbors and friends passing by. Friends frequent the restaurant and Henry always takes a minute to give them a genuine greeting.

With plans to open a second restaurant in Miami, the RosaCaleta team has their hands full. But they’re more than ready to accept whatever is coming with open arms, including staying ahead of trends while continuing to tweak existing traditional recipes. Noise restrictions prevent them from hosting regular parties at their current location, but in Miami, they’ll have a full sound system with a rotating roster of guest performances to help cement a reputation as a place that's known for gathering as much as it is for food.

“When we started construction [ten years ago], every day I would say ‘hi’ and people would wonder ‘why are you saying hi to me?’ I was not even trying to be their friend, just a polite neighbor, and I can tell you, it's infectious!” Henry says. This was Henry and Lopez’s goal from the beginning. The avid entertainers met in Paris and knew they wanted to eventually go into business together.

Through hosting annual New York City-style block parties and proudly displaying rainbow flags at their entrance, Henry wants all visitors to feel a sense of inclusion at their restaurant. “It was part of the whole concept that we would cross-pollinate and introduce people. It was a goal but it wasn't a hard and fast master plan. We just do what we do. And in doing what we do, this came about. It's organic,” Henry explains.

But when all else fails, RosaCaleta’s food does the talking. By creating a few smaller menu items, they hoped to extend their cuisine to anyone interested in trying it, regardless of budget. “We would do three pieces of [jerk] chicken legs with just creamy coconut potatoes and charge 8.50 Euros (approximately USD 9.41) … but the guests still went for the curry goat for EUR €19 (approximately USD 21). I tried to eliminate that excuse of ‘it's not in my budget,’” shares Henry.

With exciting plans swirling around them and maintaining a busy restaurant, Henry is fully aware of the impact he's having on Berlin. Maybe they didn't draw up a master plan, but their intentions have turned into the reality of a welcoming restaurant serving up stunning food.

As he waves to passersby, Henry says, “It was at the block party three years ago that I realized this place means something. These people really get something from what's going on here. They have us in mind and we mean something to the community.”