How The Spice Suite is Inspiring Good Food and Business 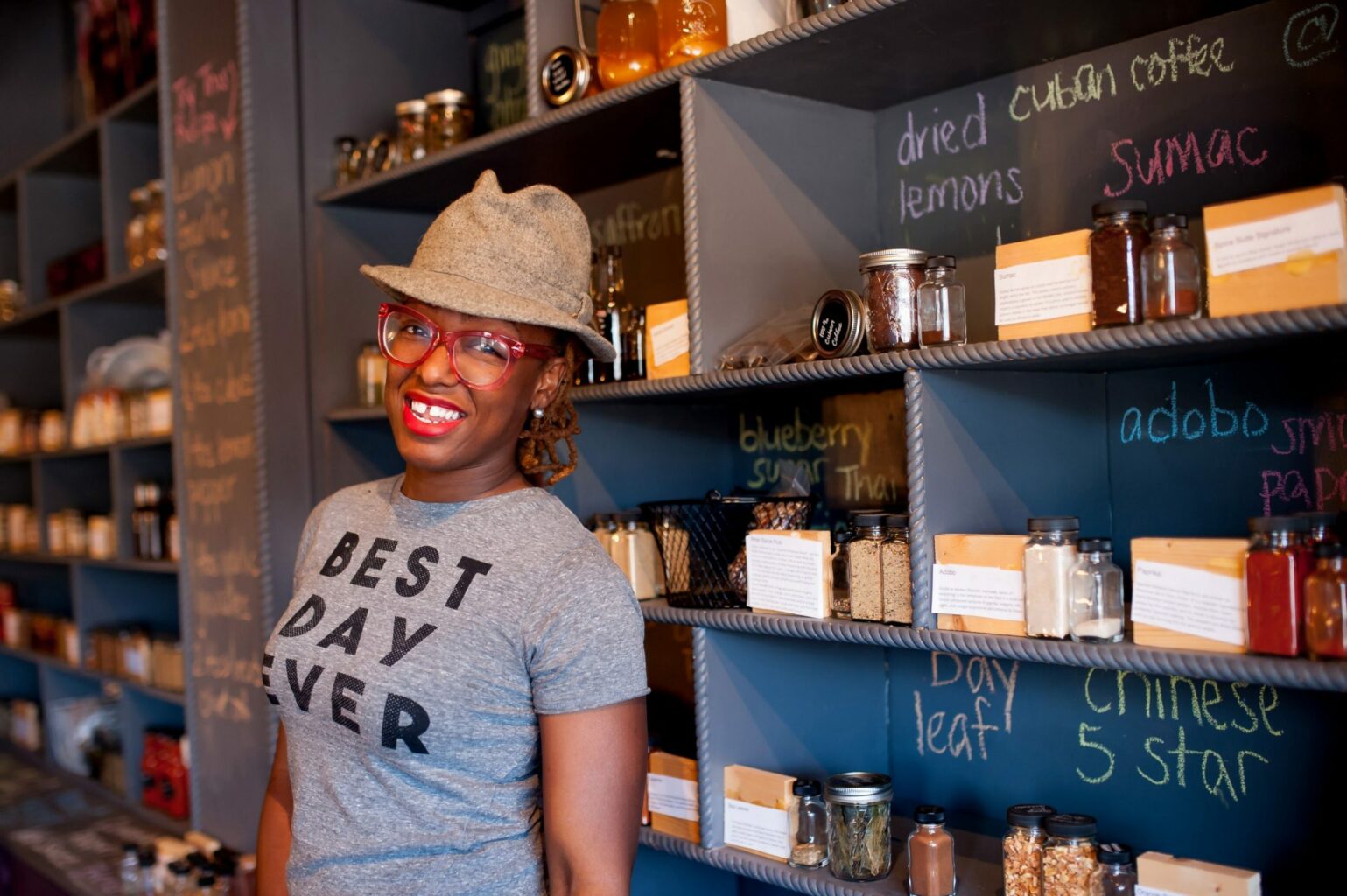 When life deals children challenging hands, it is not unusual to see them eventually throw in their cards and give up. That was never going to be Angel Anderson’s fate. She grabs opportunities with both hands and leaps into unchartered waters with a can-do attitude. “My attitude has always been why not? What could get in the way of me doing what I want to do,” says the owner of The Spice Suite in D.C.’s Takoma neighborhood.

Keep in mind that the 32-year-old opened her shop in three and a half weeks, without a detailed business plan. She owned three residential properties but had no experience as a store proprietor. What the native Washingtonian has an unlimited supply is confidence in her ability to succeed. “I feel like most of the things I’ve done that I became really good at, like education, I did without taking an orthodox or traditional path,” says Anderson.

Her childhood growing up in the working-class Brightwood neighborhood of D.C. was typical of the 1980s, if not traditional. Anderson’s grandparents raised her and taught the future business owner to focus on what she could control, not on the negative behavior of others. “I know so many young people who grew up with circumstances similar to or worse than mine,” explains Anderson. “They just don’t understand how they are supposed to be positive and peaceful, and not allow it to get in the way.”

That is the essence of what makes Anderson successful at taking risks and building dreams. The Spice Suite is her vision of a place where people can get a taste of black positivity flavored with good music, a comfy atmosphere and enticing aromas. She prides herself on making the shop a unique departure from the spice stores found in many high- income neighborhoods. “It’s a totally different type of experience coming in. I spend time talking to my customers about their dinners and what they like, what they normally use, and even what types of pots and pans they have,” says Anderson who is expecting her second child in less than three months.

Anderson has traveled all around the world in search of spices that uniquely represent The Spice Suite. During any given day or week, you can walk in and find amazing infusions of salts, oils, vinegars and sauces.  Her Instagram page is peppered with new creations and food pictures using the products.  This week she announced a simple blend of garlic, onion, cumin, coriander, parsley, cayenne, cardamom that will most likely sell out soon.  Business has boomed so much that Anderson no longer takes online orders and has instead created a monthly spice box which contains seven handcrafted spices to be delivered to customers’ doorstep.

Since opening its doors, The Spice Suite has been profitable with one key to its success being Anderson’s creativity.  The Spice Girl Boss, as she calls herself, doesn’t limit herself and likes to keep products sold in the store fresh and new.  For this very reason, once you see something you want, grab it because Anderson usually makes a limited number and then moves on to her next creation which her customers look forward to. The concept is working so well that The Spice Suite has won Washington City Paper’s Best of D.C. Reader Poll for spice shops for the past three years.

A barber shop, a nail salon and a few other small stores sit on the same block as The Spice Suite. It is an ideal setting for one of Anderson’s other passions, supporting other Blacks trying to make a living with their businesses. She hosts and mentors more than 20 women entrepreneurs who known as “Spice Girls,” each month during special gatherings to guide them on how to grow their businesses. In addition, The Spice Suite is also open to other entrepreneurs wanting to host a pop-up in the location.

The Spice Suite is located at 6902 4th Street NW and is open Tuesday and Wednesday from 5 -8 p.m., Thursday and Friday from 12 – 8 p.m. and Saturday and Sunday from 12 – 6 p.m. To learn more about the shop as well as to order Anderson’s e-book, “What That [Spice] Do?” visit www.thespicesuite.com. To be further inspired, follow Anderson and The Spice Suite on Instagram.