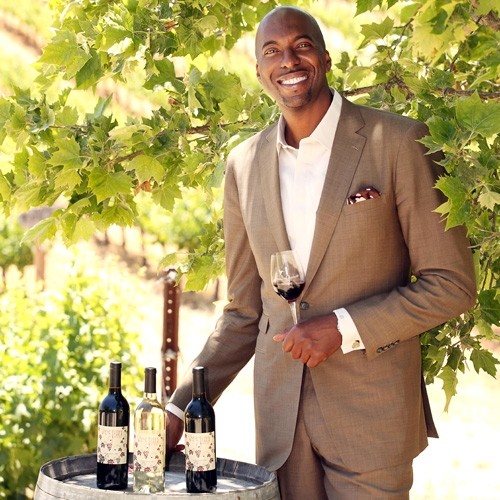 Wellness advocate John Salley has had a successful career as a star basketball player for the Detroit Pistons and the L.A. Lakers, a sports television host, and an actor. He is passionate about what he does and is not one to pull punches when talking about what he believes in.  Cuisine Noir recently caught up with him about his latest investment venture, The Vegan Vine.


Salley finished college basketball at Georgia Tech in 1986 and began a professional career where he became the first NBA player to win championships with three different teams (he’s won four in all). He was definitely a star, but he says that living in the NBA has its dangers when it comes to being healthy.

There came a point that he started to worry about how he was treating his body. “I was feeding my body the wrong food, but my body wanted normalcy. My body didn’t want to be obese, didn’t want cancerous cells.” Salley, who looks in better shape now than when he was playing ball.

RELATED: From Hobby to Full-Time Business with Nicole Kearney of Sip & Share Wines

Wine was a natural extension of being vegan for Salley and his venture into wine was not a rash decision. He is not just a celebrity putting his name on a label without any knowledge of what’s in the bottle. “When you say something, you have to be careful of your brand. It took too many years for me to create my image for me not to still be on my game. If I say it, I know it.” Salley’s knowledge of wine began in 2000 when he was introduced to wine by George Santo Pietro, Vanna White’s now ex-husband. “He taught me to smell and taste wine. Your mouth has only four tastes it can detect. Your nose can detect much more. It turned out I had a great palate.” Realizing that he had a good nose for wine, he began to educate himself seriously on the subject. “Learn how to smell the wine, let your brain go to that point. Where is the cinnamon? What does oak smell like? I got subscriptions to Scotch and Spirits and Wine Spectator. I was able to understand it.”

But there was a problem. Wine is not always vegan. Wine goes through a process called “fining” to remove remaining yeasts, improve the clarity and color, even out flavors. Some common fining agents are derived from egg whites, blood, marrow, fish oil, fish bladders and milk protein. Although fining agents are removed from the wine before it is bottled, any of these would violate wine for vegan consumption.

Salley is an investor in the label, The Vegan Vine, that produces four wines: a cabernet sauvignon, a sauvignon blanc, a chardonnay and a red blend. The wines not only use non-animal based fining agents, but they are also completely vegan-made and sustainably-grown at Clos LaChance Winery near San Jose, California.  One of the most exciting aspects of the company to Salley is that the term “vegan” is so prominent in the name of the product. “I could have named it anything, but vegan is front and center. It’s the largest selling of the word vegan on any product.” Salley is not only the face of the product, traveling around the country and internationally to promote the wine, but he also owns a substantial portion of the company himself. “It’s something I learned from Magic Johnson,” when he talks about having the vision to be an owner, not just an endorser.

The wines are gaining attention. A visit to the website will highlight the 2013 Foodie Award and major retailers such as Whole Foods are beginning to carry the label. Restaurants such as Sublime in Fort Lauderdale and Karyn’s on the Green in Chicago are also adding Vegan Vine to their wine lists. But you will not think about this being vegan when you’re drinking it. “What you’ll discover is that this is really good California wine. I cannot have something with my name on it that I won’t put in my body.” Salley jokes that his wife refers to him as a “vegan snob.” He says, “I’m not a vegan snob, I’m an educated consumer.” And now, so are we.

The Vegan Vine is just the first foray of the new John Salley Beverage Company.  You can purchase The Vegan Vine wines at selected Whole Foods stores as well as at the company’s website, www.theveganvine.com.  You can also see what is next for Salley by visiting his blog at www.johnsalley.com.