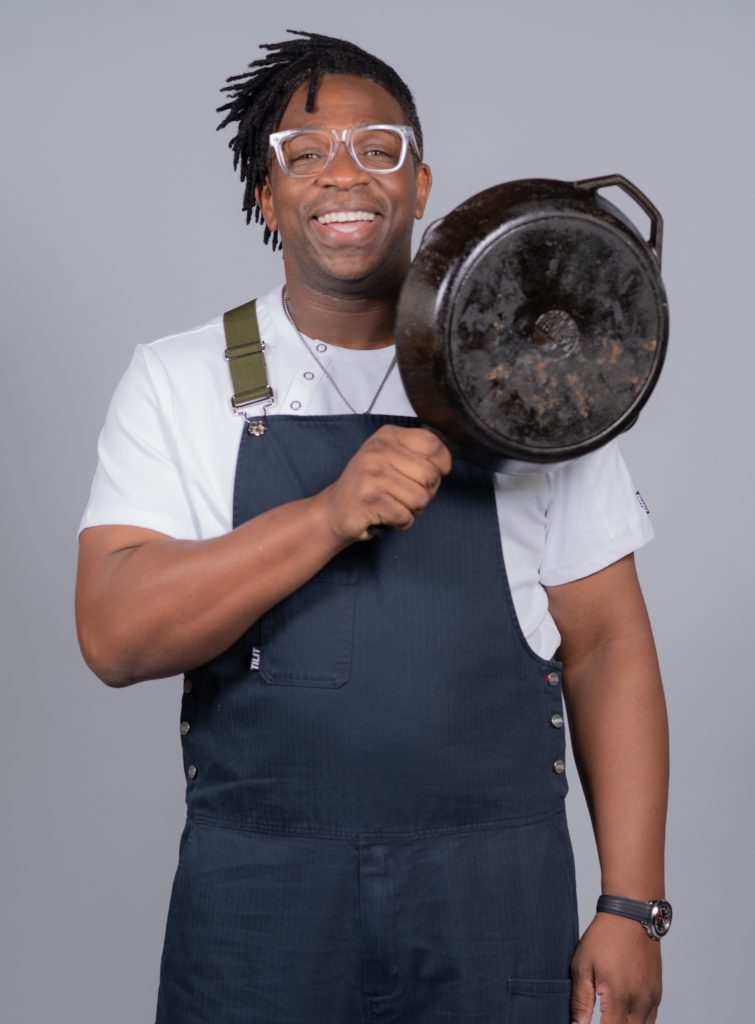 Ameer Natson wears several hats. He is a chef, humanitarian, entrepreneur, faith leader and counselor. He is the founder of Become Creative Agency, a full-service creative and marketing agency that hires local talent from inner-city communities.  He is also the New Jersey youth director for the National Action Network, a civil rights organization founded by Reverend Al Sharpton in 1991, and volunteers with World Central Kitchen, a food relief non-profit.

Natson recently launched Become Creative Agency in Irvington, New Jersey. This 5,000-square feet co-working space and culinary kitchen is a playground for creatives and aspiring chefs. “I have spent the last 24 months on really focusing on how I can help people ‘become' in the culinary space, but also in beauty, healthcare and other businesses. Nothing like this exists in our community. It is a creative coworking space for music producers, videographers, podcasters and photographers. It is more than that, a place to create your dreams come true,” says Natson.

Once fully operational, the space will include a kitchen studio and media room, as well as dedicated spaces for video and podcast recording.

Like most of the people he serves today, Natson started with nothing but a dream to work in the culinary field. Growing up in Newark, New Jersey, Natson started his food career at a young age. “When I was 11 years old, my father bought me a hot dog cart, and I started my first culinary enterprise,” Natson recalls. Since then, he has always had a small food business, be it an icee cart or a media agency.

After high school, Natson earned his culinary degree from the French Culinary Institute (now known as the International Culinary Center) in New York and went on to be a personal chef to a financial advisor in Trenton, New Jersey. Here, he got an opportunity to cook for influential clients and celebrities such as Beyoncé, Oprah, Jay-Z and Queen Latifah.

The exposure helped him build his brand and national acclaim followed. Natson developed a show for The Food Network and has been featured on BBC, ARISE 360 TV, NBC and BET.

Natson attributes his success and joy to his spiritual grounding. He obtains his inspiration, courage and strength from his belief in God and serves as a pastor at the Better Life Church.

During the pandemic, Natson has supported, counseled and encouraged countless families. He also partnered with chef José Andrés and his organization World Central Kitchen and ChefsForAmerica to donate and distribute more than 67,000 meals throughout the city of Newark during the summer of 2020.

“My true passion is to help individuals succeed,” says Natson, who is committed to seeing people grow and succeed despite their obstacles and circumstances. He wants to help individuals like himself who have the passion, but not necessarily the resources, to grow their businesses. “I want to be able to help people identify their strengths and weaknesses and really hone in on what their skill sets are.  The truth is much of my success in culinary is really the result of understanding humility and service.”

Natson’s big vision is to open Become agencies across the country and help thousands of creatives birth their dreams. He will be launching a second location in Atlanta, Georgia, later this summer. Charlotte, North Carolina, is another city where he feels he can impact the lives of creatives.

With Become’s culinary incubator in its pilot stage, Natson looks forward to helping culinary creatives find their voice and space in the kitchen as well as in the food industry overall.  He wants to work with individuals looking to start a culinary career, youth who are passionate about cooking and on track to be the next rising stars, and youth who are uncertain about what they want to do in life but open to exploring time in the kitchen.

Under his Fresh Chef brand, Natson oversees meal prepping and catering with clients that have included the New York Giants and Brooklyn Nets, as well as a roster of individual athletes, actors and influencers.

For those who are seeking realization as a celerity or an entrepreneur, Natson advises to “trust the process.” He adds, “It is not the end result, but the journey of the successful people that you need to emulate. Experience the challenges, and don’t try to take an easier way or shortcut. Your dreams will manifest in due time.”

Learn more about Chef Ameer by visiting his website.  Get inspired and involved by following him on Facebook and look out for Become updates and opportunities, including the official soft launch in April on Instagram.