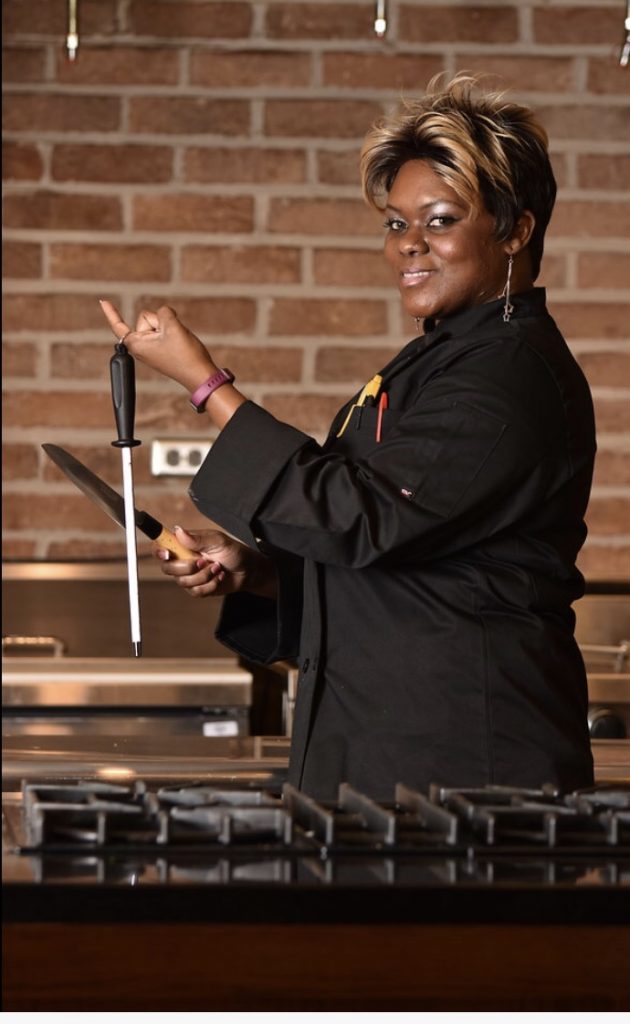 What happens when a Black girl reimages a tamale? Magic. A tamale is traditional Mexican food made with masa and filled with meat (chicken, beef or pork), vegetables or beans and cheese. It is wrapped in a corn husk and then steamed. If you’ve never tried one before, we have a fascinating story that will change that.

Chef LaToya Larkin, who owns Not Enough Thyme Personal Chef Services in Houston, Texas, has created several versions of the popular dish based on her Southern roots. As a result, 13 months ago, she launched Black Girl Tamales to an overwhelming response. Before COVID-19, she worked with a full staff out of a commercial kitchen which is now closed. She moved her operations home and decided to run the catering business solo. However, to keep up with the tamale demand, she taught her teenage son how to handroll them. In one day alone, they assembled more than 102 dozen tamales. “I love cooking and being creative,” she says.

Made in Southern Tradition

Born and raised in Jasper, Texas, Larkin grew up watching her mother and grandmother prepare meals. At the age of eight, she started helping them in the kitchen and cooking. Eventually, she learned how to make irresistible tamales from her grandmother who worked for a Hispanic woman in California. In 2005, Larkin graduated from The Art Institute of Atlanta with a bachelor’s degree in culinary arts management. She has worked for Walker Quality Services as a district chef trainer consultant and at Morehouse College as a catering sous chef.

Now, the 39-year-old culinary instructor carries on her grandmother's tamale legacy in southern Texas while her grandmother continues to make them in the northern part of the Lone Star State. Larkin says with pride, “The difference is, I add a little twist.”

Black Girl Tamales come in an assortment of fusion varieties such as oxtail, smothered chicken, crawfish etouffee, cheesy nachos and chicken fajita. Larkin also offers three vegetarian options. Her best seller is the collard greens with smoked turkey tamale, also known as the Soul Food Tamale. The delicate masa locks in the moisture of the seasoned collards. It is like eating a bowl of succulent greens with a slice of skillet cornbread. Delicious!

The Creole sausage tamale tastes amazing as well. The chef uses New Orleans Patton Hot Sausage to create an explosion of flavors that rival her number one tamale. Sit the po’boy aside and get with this—worth every crumb.

Everyone Gets a Tamale

Larkin’s company continues to evolve. She introduces new tamales to add to the menu and is working on making her products readily available to everyone. She started the nonprofit Farm to Table Project to make this happen. “My plan is to get my tamales in grocery store freezers across the country.”

She intends to open a tamale manufacturing facility and nonprofit in her hometown. Until then, order Black Girl Tamales online. Larkin makes them to order for arrival in two to three days depending on the location. They come packed in a vacuum-sealed plastic bag to maintain freshness. She sells them by the dozen or half-dozen. Do yourself a favor, order twelve. Reheat on the stovetop, microwave, or in the oven and get your mouth ready for something special.