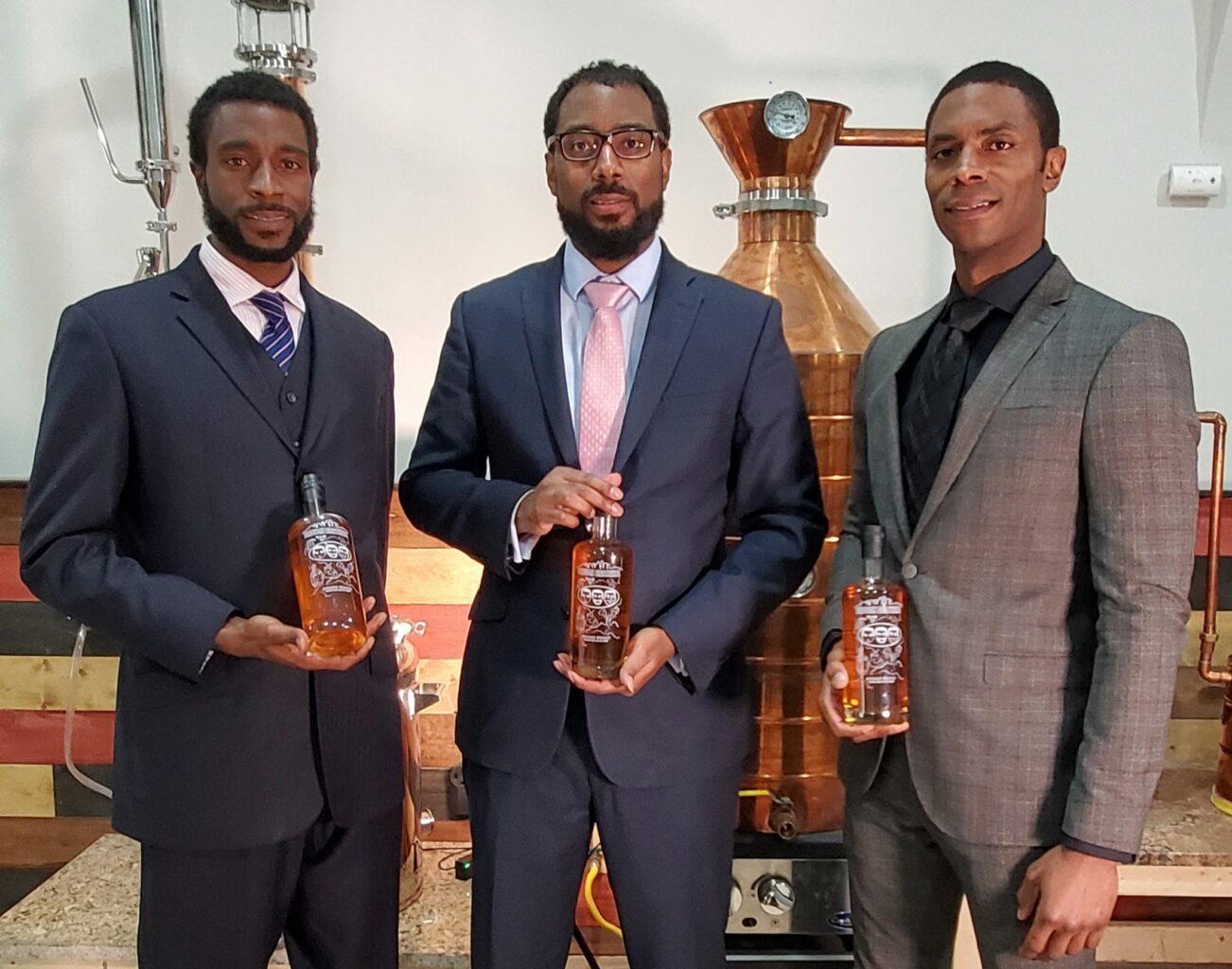 Setting a precedent is one thing. Maintaining the high expectations that follow is another. For the Yarbrough brothers and their brand Brough Brothers, creating history in 2020 as the first African American-owned distillery in the state of Kentucky is only the beginning of their independent foray into the spirits world. No pressure.

The bourbon label’s creators—brothers Victor, Bryson and Christian—are making waves on the local scene setting up shop in Louisville’s West End, in the Park Hill neighborhood. They are on a mission to not only create world-class spirits but also giving back to the community they once called home.

While well-made plans for the business began a few years ago, COVID added its own twist to their journey. Despite the pandemic, Brough Brothers completed a soft launch last year and are now gearing up for the grand opening scheduled in April.

Listening to the Market

The brand is a natural extension of an import/export spirits business Victor operated in the United Kingdom and the United States. He observed firsthand the opportunity and demand for bourbon. But there were always plans to have their own label. “Our intent from the beginning was to produce and manufacture our own brand. It was just a sense of trying to make sure the timing is right,” he shares.

The groundwork toward the creation of Brough Brothers began between 2016 and 2017. They obtained the federal permit for the distillery from the TTB (Alcohol and Tobacco Tax and Trade Bureau) in 2018, with a schedule to open soon after. However, local city regulations posed a few challenges to work through that delayed opening day by almost a year and a half.

“Even though we are in the industry, we were new to opening a distillery. There were more city-specific things like city codes, land zoning codes and neighborhood meetings, different types of inspection that we didn’t think we needed but we did,” shares Victor.

COVID on top of that added its own set of issues, so site inspections couldn’t occur on time and, as he mentions, there were a couple of nuances in terms of opening up a facility that manufactures food ingredients or edibles to pay attention to.

But through it all, the plan to set shop in Louisville was never in question. “We are from Louisville originally and Kentucky is the mecca for bourbon. We saw what Kentucky was doing in particular to promote bourbon abroad, and I saw that the market was huge for it.”

Bringing economic prosperity to the community and help rebuild the area where they grew up was a priority. “Ultimately, what we want is to expand in a way that’s going to bring in other opportunities…that will also draw additional business in and create more jobs,” says Victor, who also hopes the area will attract interest as a tourism hub. The 2,200-square-feet space features a distillery area, tasting room and retail section.

As the tasting area is relatively small at about 300 sq. ft., they have plans to open a patio space soon and the retail area is currently undergoing updates to make it launch date ready.

If you visit their location, look for the barrel head display at their tasting bar presented to them by the Kentucky Distillers Association, a membership organization for area distilleries that provides assistance and support in addressing industry challenges and needs.

The Brough Brothers bourbon bottle is homage in itself to the state, featuring the skyline and noting a few things the area is also known for—basketball, boxing, horseracing—along with a likeness of the trio.

Comprising a 75% corn mash, the spirit offers a medium body flavor with fruity notes of green apple and pear accompanied by subtle hints of ginger and nutmeg. The golden honey-colored sipper features the attractive floral aromas of in bloom red roses and fragrant apples.

On the brand’s website, you will also find recipes for cocktails that the bourbon works well in, including a mint julep, old fashioned and blackberry smash. The brothers are working on a second bourbon expression they hope to release when they open as a celebratory limited edition run.

They also plan on releasing a gin and a vodka at some point but will have at least 2-3 expressions of each overall. The product is sold online now across several states, with plans to add more to the list in the next few months.  Brough Brothers bourbon is also sold in retail stores throughout Kentucky.

Building Up the Brand

As people of color in the local bourbon industry, the brothers’ previous stint in import/export ensured they had built a rapport with many members of the small, tight-knit spirits community. Producing their brand and opening the distillery only helped further solidify and broaden those relationships, so the reception overall has been welcoming.

Meanwhile, the trio has divided distillery duty amongst themselves—Victor, as CEO, handles high-level deals with distributors, retailers, and anything related to day-to-day operations. Bryson is the COO addressing manufacturing, equipment, sourcing raw ingredients, and production. Chris acts as chief marketing officer in charge of social media, advertising, publicity and partnerships. They will add a few staff members onsite to the team as they get closer to the grand opening.

Receiving the recognition of the first African American-owned distillery in Kentucky in August 2020 has certainly been a highlight and one that the Yarbrough brothers worked hard to earn. With alcohol being a strictly regulated industry, the stringent protocols to be fulfilled along the way were a given.

“We have been in the industry for a while. We did our due diligence behind the scenes,” says Victor. “Being able to recognize the amount of work that has gone into it and how difficult the process actually was, it is something that we are proud of, in addition to having a great product as well that we are currently selling. We are in a competitive industry. We have a good product and that’s why we continue to thrive.”

Once open,  be sure to visit the Brough Brothers Distillery at 1460 Dixie Highway and learn more about their bourbon on www.broughbrothers.com or follow along on Instagram and Facebook.