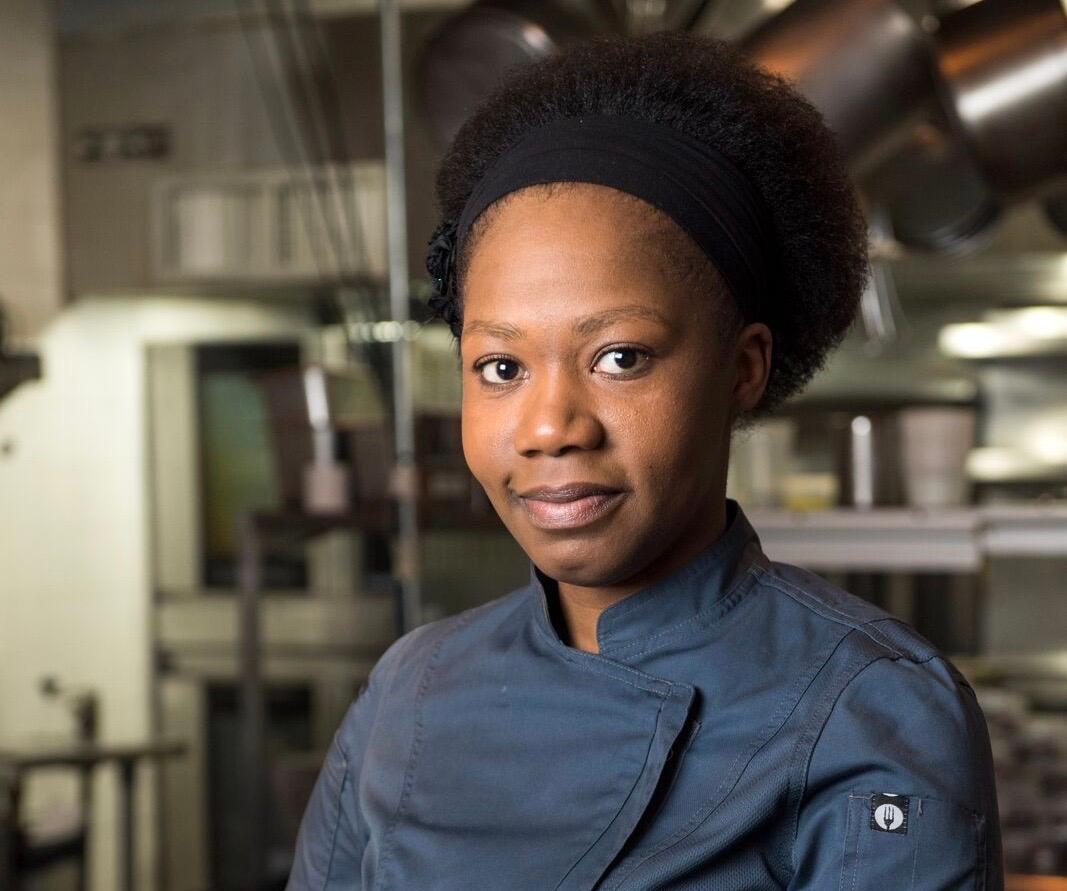 Even during the pandemic lockdown, Jessica Craig, executive pastry chef at NYC restaurant L’Artusi is optimistic about the future of the restaurant industry. With 13 years of professional pastry experience under her belt, Craig has seen the ups and downs of the business and hopes restaurants can use this time to integrate stronger security nets for their employees.

She chats with us and reflects on the things that have helped shape her career and why you won’t see her on anymore cooking competitions.

The Time to Change is Now

In mid-March, on the heels of an abdominal myomectomy, Craig received news that L’Artusi was transitioning to take-out only as a response to the COVID-19 outbreak. The restaurant would eventually temporarily halt take-out orders to help keep its employees safe. Restaurants have a naturally slim margin, leaving minimal room for errors and unforeseen closures, so like most in the food and beverage industry, Craig isn’t quite sure how the post-COVID landscape will look once restaurants are permitted to open their doors.

While she, along with many others, never thought a pandemic would flip the country on its head, Craig believes the time to make incremental improvements is now.

“The reality of the situation is more restaurants than not are going to end up closing. It’s super harsh and on a certain level disheartening, but I feel like that … gives the industry a clean slate to start over. Maybe we can set up better parameters to give folks better pay and better benefits,” she says.

For now, New York City restaurants are at the mercy of Governor Andrew Cuomo, who is requiring New York to meet such milestones as establishing sufficient contact tracing capacity and ensuring more than 30 percent of ICU beds available before reopening.

The Makings of a Pastry Chef

As part of a large Jamaican family living on New York’s Long Island, Craig was introduced to the Caribbean island’s flavors early. She’d always followed along as her mom concocted robust one-pot dishes, but she didn’t acknowledge her calling as a chef until later.

During her grade school years, Craig’s interests flitted between several occupations including nursing, cosmetology as well as being a secretary and a lawyer. Towards the end of high school, a candid conversation with her sister clued Craig in to the fact that she was a better cook than most on top of the fact that she enjoyed it. After some research, she began to look into culinary schools.

After enrolling in the New York Institute of Technology’s culinary program, Craig eagerly fell headfirst into the world of culinary arts.

“I learned a lot of cooking skills from observing my mom. She took the time to teach me how to cook certain things growing up. In school, certain professors were taken aback by my flavors because they would say, ’Well you were able to get out very deep flavors in a short amount of time.’ And I’m thinking, ‘I just do what my mom does.’ She layers flavors by stewing and braising,” Craig explains.

She began to piece together some of the “whys” of her mother’s cooking — liver because it was a cheap cut of meat, cabbage could stretch to feed a lot of people — which would help her to delve even deeper into her culinary program.

And since 2017, Craig has led the pastry team at L’Artusi, where she can finally feel at home as a chef. “L’Artusi is probably one of the most diverse staffs I’ve ever worked with ever … and I think that was part of what attracted me to it.  It’s a very welcoming team. That matters so much and unfortunately I didn’t necessarily feel that in every other kitchen.”

Before COVID-19 transformed New York City into an epicenter of the pandemic, Craig enjoyed a healthy routine balancing work and home life with ease, which is rare for the demanding bustle of the city. Her day began with a dance cardio class followed by an 8 am – 6 pm-ish shift at L’Artusi.

Craig would often spend her days overseeing her sous chef and pastry team who execute and prep the orders, as well as answering emails, attending management meetings, ordering supplies and ingredients and testing recipes. But Craig will find any excuse to get away from the office and back into the kitchen.

Now that she’s still working from home during the lockdown, she’s taken a step back from preparing the pastries that L’Artusi is known for. She checks in with her sous chef and pastry team at least once a week and has only made a handful of pastry dishes for herself.  “I did make a [sourdough] starter which I’m proud of. As much as I would love to be super creative right now, I also feel super limited. Also I do live alone, so if I’m making all this stuff, I also have to eat it!”

What’s Next for Craig

As a Black female executive pastry chef in New York City, Craig’s status has made her the recipient of invites to prepare desserts at galas and as a contestant on cooking competitions shows such as “Bong Appetit” and “Chopped.”

The marijuana-themed cooking show “Bong Appetit,” was a surprising victory for Craig. And while she came close to victory in “Chopped,” she doesn’t see herself participating in too many more competitions.

“I’m grateful that I was given the opportunity to be on TV and to do those things and also representation matters, so whether I won or not, the fact that I got close to last is important. But given how much anxiety it gives me, I don’t think that’s something I would put myself through again,” she says.

Craig still enjoying her tenure at L’Artusi and isn’t quite ready to make her next step. “L’Artusi has been such a great blessing for my career. I’ve accomplished things that I never thought I would. I’m not sure if I’m ready to move on after some time to another restaurant or restaurant group or if it’s time for me to finally branch out, but I think it’ll be the latter.”