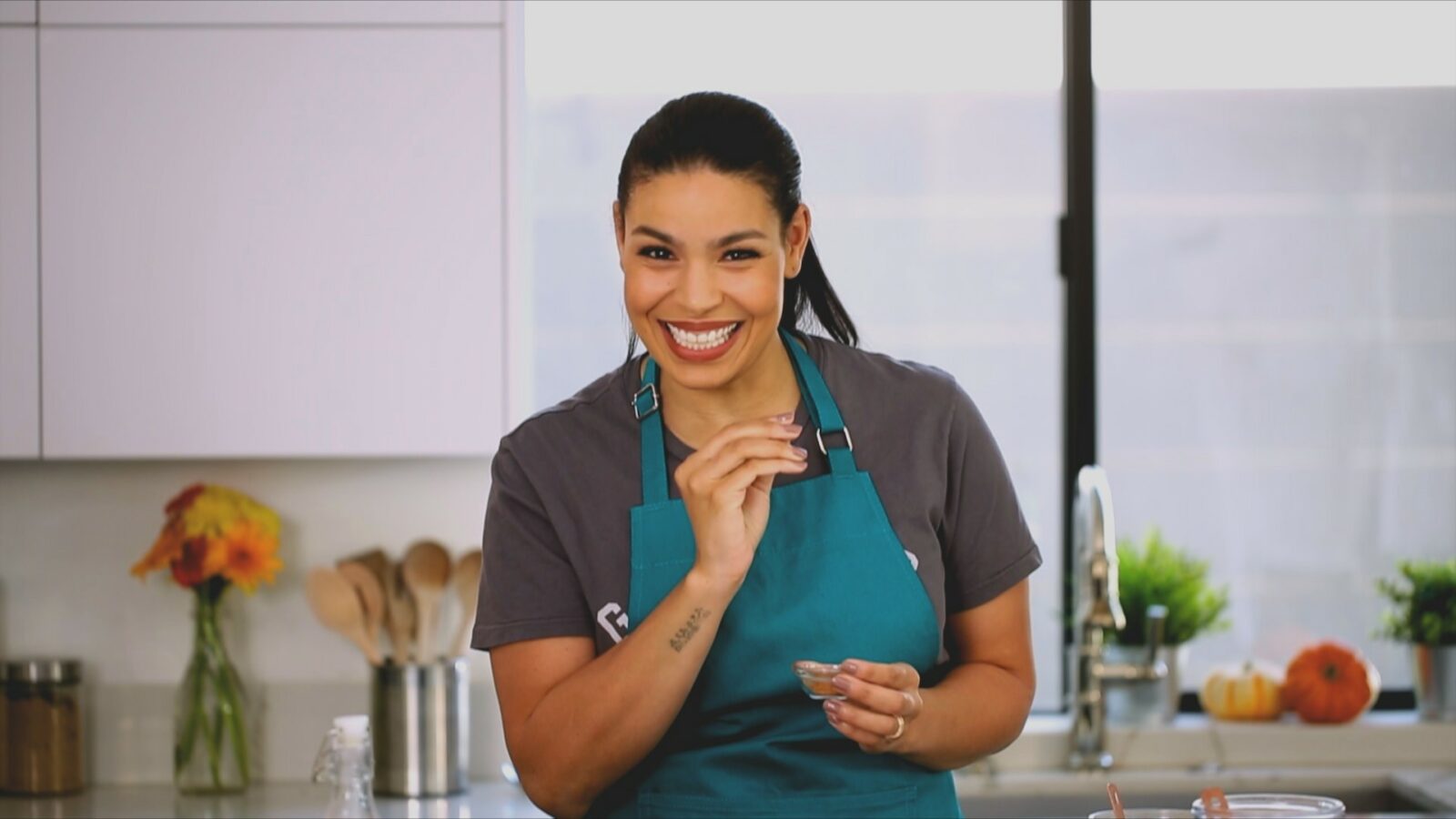 The glow of love shines in her eyes as she holds up the special book of memories from her grandmother’s kitchen. The video that introduces the multiplatinum recording artist’s baking show reveals the emotional bound Jordin Sparks has with her Nana’s cooking. “I’ll be sharing recipes passed down by my Nana,” Sparks says in the video on YouTube and Facebook. “This cookbook my Nana actually put together. It may be small, but it is fierce.”

Sparks’ connection to her mom, Nana and cooking give her baking show the feel of memories passed on through years of sharing time in the kitchen. “I grew up with my mom and my Nana in the kitchen all the time. We were always in there, and I loved watching them cook and bake,” the singer says in the first episode of “Heart of the Batter.”

Most people know Sparks as the youngest person to win “American Idol.” She was 17 when she took the title in the 2007 finale of season 6. In September of 2018, YouTube viewers began watching Sparks share the love of cooking inspired by her childhood experiences. Kin Community produced “Heart of the Batter,” a baking show where the singer shares recipes passed down through her family for generations. In an introductory video for the show, she tells viewers, “You’ve heard me sing. Now get ready to watch me bake. From decadent desserts to stylish appetizers, my baking style is low-fuss and ooey, gooey delicious.”

“Heart of the Batter” now has the opportunity to attract thousands of new fans when it premieres on CLEO TV. The first episode airs on the cable network Saturday, May 9 at 1 p.m. EDT with an encore at 11 p.m. “I’m excited that Heart of the Batter is being offered as part of CLEO TV’s programming slate, especially since it’s serving Millennial and Gen X women of color,” Sparks says.

CLEO TV launched in January of last year as a lifestyle and entertainment network owned by TV One, LLC, a brand of Urban One, Inc. In December of 2019, Variety reported on the “unusual licensing pact” that brought two digital show influencers to cable television. The multichannel network Kin Community made a deal with CLEO TV, which will air eight episodes of “Heart of the Batter” (three holiday-themed episodes previously aired on the network last November) and 40 episodes of Adrienne Houghton’s “All Things Adrienne.” Houghton is a co-host on “The Real” and “Showtime at the Apollo.”

The CEO of Kin Community told Variety, “To me, what’s exciting is we created a business model where we self-finance content… and we get our shows to profitability on [digital] platforms.” Michael Wayne went on to say the TV One deal “proved out our model that our content can be a great pipeline for cable channels.”

The original segments of “Heart of the Batter” were re-edited into 30-minute television formats. CLEO TV describes them as shows where Sparks “puts a spin on classic family recipes and adds a heaping spoonful of everything happening in her world, including her beloved husband and adorable baby!”

In the first episode, CLEO TV viewers will find out how to make one of Sparks’ favorite recipes, strawberry moscato cupcakes. They get to hear how she got into baking cupcakes for the cast when she worked on Broadway. “I would make cupcakes when I got up in the morning. I would bring them to the theater at night,” Sparks says in episode 1. “The cast would eat them and by the time I went back home with an empty tray, I would think of what I was going to make the next day.”

In the same episode, the singer lets the audience in on how much she adores pumpkin spice latte drinks. She introduces her recipe for a single-serve mug cake in a cup made with pumpkin puree. “What we’re going to do today is a pumpkin spice latte mug cake. And guess how we’re making it? In the microwave. Music to my ears,” Sparks tells viewers. Catch a preview here.

The premiere of “Heart of the Batter” lets CLEO TV audiences celebrate moms and cooking the day before Mother’s Day. The show makes its cable television debut one week from the second birthday of Dana Isaiah Thomas, Jr. Sparks and her husband Dana welcomed their baby boy into the world on May 2, 2018. Sharing moments with her guys is one of the things that makes the show special. “And for the icing on the cake, I’ll be introducing you to my family and adding in a heaping spoon full of personal stories you won’t want to miss,” Sparks says in her YouTube and Facebook introductions.

Another reason viewers will find “plenty of heart” in the baking show is the connection Sparks makes between cooking for loved ones and creating music. “I love baking because just like music, it gives whoever is on the receiving end something to feel, something good. It makes them feel good,” she says before whipping up those strawberry moscato cupcakes.

The YouTube videos attracted thousands of fans to “Heart of the Batter.” Sparks hopes “a pinch of love, a dash of nostalgia” and personal anecdotes will sweeten the baking experiences of many more CLEO TV viewers. “I can’t wait to share some of my favorite baking recipes and hope viewers will take away some helpful tips.”

CLEO TV airs on Comcast Xfinity, Charter Spectrum, Philo and other cable providers in various markets. You can follow “Heart of the Batter” on Facebook and Instagram.

Tai Beauchamp and Elton Anderson Open Windows to the World Through CLEO TV’s Lens of Culture
With the World as Her Muse: Celebrity Designer Nikki Chu Talks Style and Space