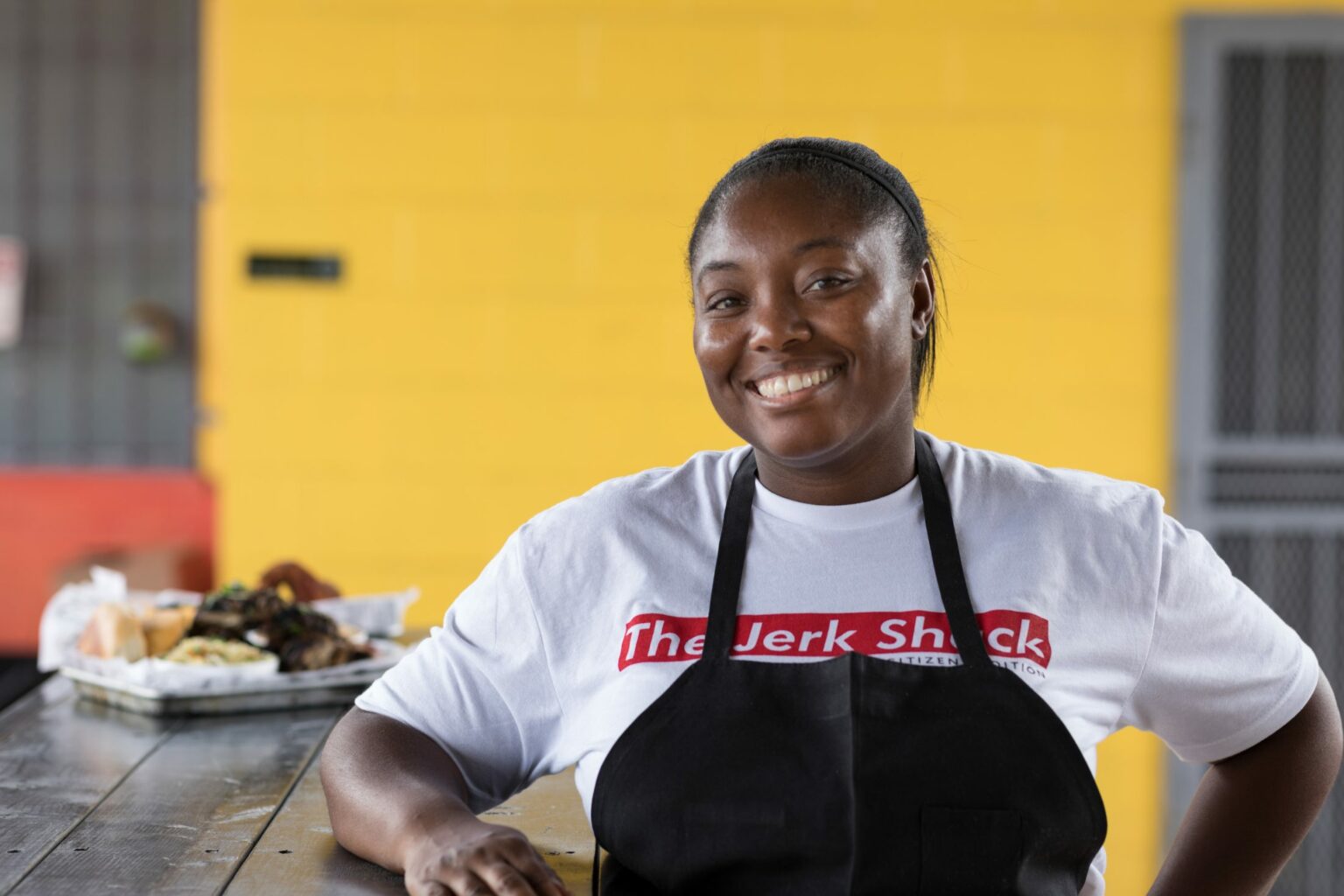 Opening a new restaurant in the middle of a global pandemic, even as others are closing shop permanently or temporarily hitting the pause button on their business, may not appear to be the best entrepreneurial move, especially in the culinary space. But that’s exactly what chef Nicola Blaque did. The owner of two restaurants in San Antonio, Texas, proceeded with plans to continue spotlighting Caribbean flavors in the city. And it looks like her determination has paid off.

On the heels of her first concept's success opened in 2018, a Jamaican food-centered standalone restaurant christened The Jerk Shack, Blaque opened Mi Roti in July of this year. Inspired by cuisine from the West Indies and the Caribbean, the new spot resides inside a food hall concept within the Pearl District in San Antonio, a live-work-play community.  The area boasts highly recommended restaurants as its tenants, along with the San Antonio campus of the Culinary Institute of America, which is where Blaque received her culinary training.

The idea for The Jerk Shack stemmed from a trip to Jamaica and eating at a jerk stand. “I thought it would be really neat if we could recreate the vibe and bring some of this back to San Antonio,” says Blaque.

She is quick to point out that her approach to the cuisine is more original but not as authentic in the way it is served. “In Jamaica, meat is served by the pound, not as a plate with lots of rice and vegetables like people are used to seeing here,” she shares. “But we felt it worked well because BBQ is big in San Antonio.”

Her efforts proved successful and the restaurant has seen good reviews since opening. “A lot of people haven’t eaten food in the Caribbean, and just the lack of it in San Antonio and us opening the concept was very well received,” she says.

Blaque followed up with the opening of her second culinary venture in July with Mi Roti. A “Caribbean Chipotle” is how she describes it. You choose your proteins, curry, rice, toppings, and sauce, which is served as a roti wrap or a rice bowl. Both restaurants have made it to top industry lists—Eater in 2019 and GQ in 2020.

Born in Jamaica and having moved to the United States as a 5-year-old, Blaque remembers her family cooking in the kitchen all the time. “I learned different things, and from that it developed a love within me.”

After serving ten years in the military, she decided on culinary school in San Antonio. “I was working as a caterer and a private chef and the opportunity came about to open a restaurant. I didn’t have high goals; I was just going to use it for catering space. Then it just blew up and I had to readjust my goals.”

Not a bad situation to find yourself in considering she now has two successful restaurant concepts and is still working as a private chef for players in the NBA. Although the concepts are different, sometimes customers turn up at Mi Roti expecting oxtail, which is served at The Jerk Shack. There is a certain amount of educating customers required, and that includes teaching what roti is. There is also some similarity with Hispanic cuisine, says Blaque, considering the staples are similar to their rice, beans and tortillas.

“What I like the most is we are continuously bringing more exposure to Caribbean food. We are bringing access to it,” she shares. Since she opened, two other Caribbean restaurants have opened in San Antonio. “We are just thankful that we are allowing others to see and believe that it is possible to open up another cuisine that most people don’t know about in a completely different city.”

And to that end she shares her learning lesson from opening two venues. “Do something every day even if it’s a little bit. Even if it’s just looking up some information.”

“When I was presented with the opportunity to open another concept, I noticed that San Antonio was still lacking Caribbean options. I thought roti, which is eaten throughout the Caribbean, would be a nice addition to the San Antonio culinary scene,” she says.

So, while other restaurants were shutting doors at the height of the global pandemic, Blaque’s decision was to move forward with the launch. Her pivot was one that went against the grain. “That was probably one of the hardest things. Was I making the right decision?” Despite her concerns, she proceeded with the business, “Not just for my family but for my employees,” she shares.

Meanwhile, at The Jerk Shack, the focus was on maintaining business and adjusting operations as other restaurants that kept their doors open did by creating family packs, delivery services, taking phone and online orders, and just about anything to stay afloat. And it appears San Antonio supported her decision. Even while Mi Roti gains popularity, she is looking at expanding The Jerk Shack.

From its roughly 420-square-foot building, The Jerk Shack will now move to a 2,200-square-foot full-service restaurant to offer drive-thru operations, curbside takeout and a full bar. The menu will now have some seafood items but not stray far from their standard offerings.

The current location is famous for always having lines and selling out of food on most days. Does chef anticipate the same scenario in a bigger venue? “The only thing I can guarantee is better service, indoor seating, and ease of access to get our food.”

The Jerk Shack is located at 117 Matyear St and Mi Roti is located in the Pearl Brewery at 303 Pearl Pkwy. You can follow chef Nicola Blaque on Instagram and Facebook for updates.