Wisdom Oak Winery: Blending Visions from the Past and Present 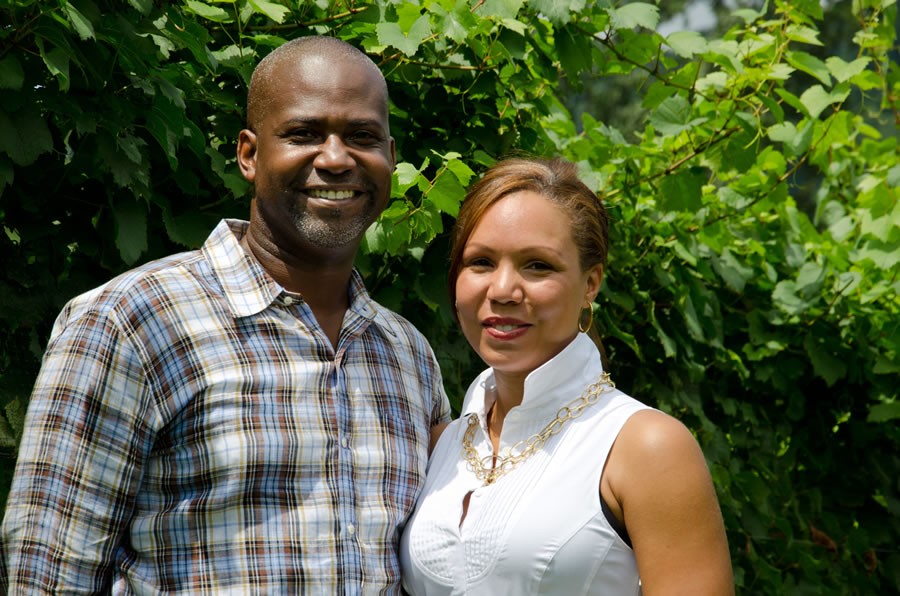 Sometimes, the road less traveled leads you to an unexpected turn. The narrow gravel road to Wisdom Oak Winery may seem long and bumpy, but what lies ahead is a scenic, 153-acre estate nestled in the Monticello wine region of Virginia. A tour by appointment will take you into a vineyard where loving hands care for the 2,075 vines growing in the breezes of the Blue Ridge Mountains near Charlottesville.

“The grapes were planted by us. I planted the first 300 vines myself,” says Jerry Bias, managing principal and CEO. Today, Bias spends most of his time working with a dedicated team that includes his wife and COO, Melanie Wilson Bias. Together with the winemaker and vineyard manager, Romulus “Pascall” Pascall, they are focused on expanding Wisdom Oak's reputation for producing quality wine.

“It's an amazing process, and I feel fortunate to be able to embark upon it,” says Bias. “It's hard work, but it's hard work that you see at the end of every year come to some sort of fruition.”

The University of Virginia graduate began the process in 2001 with the planting of the first vines. His dreams evolved from imagining a retirement retreat to overseeing a boutique master blending operation. Wisdom Oak produces about 2,500 cases a year at peak. However, Bias prefers the traditions of old-world Italian winemakers who chose quality over vintage.

“We're not compelled to have to make a vintage,” says Bias. “If we feel like the grapes aren't going to be good in a particular year, we're in a position to wait to find out if blending various varietals will make something that we think is superior as opposed to hoping every year is a good year for the growth of grapes.”

Wisdom Oak's owner believes the new 2013 rosé is a perfect example of the quality wines available at the winery. The characteristics of the “mouth full of spring” Bias describes could make it as popular as the 2012 rosé.

“It just has a really nice color that is not quite pink. It's a little darker than pink,” says Wisdom Oak's CEO. “More importantly, it has a great nose. It tastes like cherries and candied apples, but it has a dryness about it. It has a crisp, sort of herbaceous bouquet on it as well.”

The North Garden red is another big seller at the winery. It is a blend of 60 cabernet sauvignon, 30 petit verdot and 10 cabernet franc. “It just has hints of white pepper, but it's kind of silky on the tongue,” says Bias. “It's like dulce de leche, and it has big fruit, big currants and things of that nature.”

From the beginning, the wines Bias has entered into competitions have won awards. The 2012 rosé won a silver medal at the 2013 Atlantic Seaboard Wine Association competition. One of his wines was served at the White House when the winery was known as Sugarleaf Vineyards.

Guests at winery’s inauguration Candlelight Celebration tasted wine from the newly coined Wisdom Oak Winery. Bias changed the name at the beginning of 2013 from Sugarleaf Vineyards to highlight the big oak tree in the middle of his vineyard. He also gets a kick out of the acronym WOW which he says people might utter whether they like the wines are not.

“It's a change for the good much like a good bottle of wine is. If you lay it down for a good period of time it evolves,” says Bias.

The name change coincided with the opening of a new tasting room on the North Garden property located along the Monticello Wine Trail. The tasting room moved from the center of the vineyard's operations to a converted seven-room house. The new facility has two fireplaces, a tasting bar and outdoor picnic tables. You can enjoy your wine with small plates served in the public space or in private rooms. The atmosphere is meant to be casual, welcoming and low on pretense.

Bias plans to host four musical events a year for wine club members and local supporters. Jazz musician David Sanborn performed at the winery's re-opening as Wisdom Oak last May. Most of the vineyard's wines are sold online, through club memberships or during tasting room visits.

Wisdom Oak's sold-out vintages might be the best validation of the quality Bias and his team are dedicated to producing at the vineyard. He sees himself as equally unique ­­­­­–– the only African American vintner on the East Coast who grows and harvests his own grapes to blend and bottle wines.

Bias hopes to collaborate with other African American vintners in the future. For now, he is concentrating on introducing the public to a new chardonnay, traminette and vidal blanc white blend being released in mid-March. There is also a signature red that will age for another eight months.

“I've always said that excellence is colorless. You have to focus on doing something well, and doing something right. And we take a lot of pride in doing that,” says Bias. “From that, I hope that others and people of color will see that your dreams can come true.”