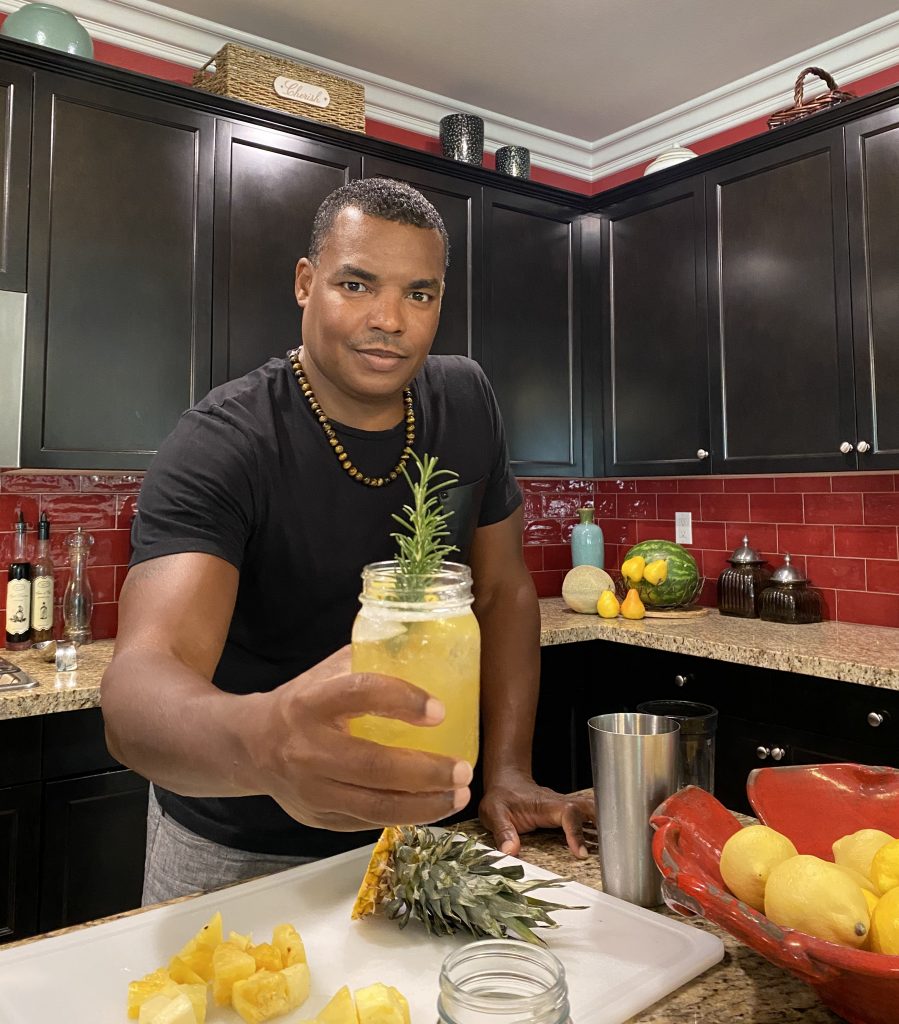 I recently caught up with him at his home in Los Angeles to talk about his childhood growing up with a famous father, tales of becoming the man he is today and of course how food continues to the Zen in his life, especially during this pandemic.

A Kid From Maryland

Growing up in the Maryland/Washington D.C. area, Leonard was surrounded by family and friends who kept him grounded when his dad’s fame came into play. “Maryland was good for me because most of my friends who were around me were good friends. They would keep you humble let's just say,” Leonard says.

His parents were still teenagers when he was born and although they were young, they managed the success the best they could. He also had loving grandparents who looked out for him. “My family's from the South. My mother's family is from Georgia and my father's family is from South Carolina. So, we know how to burn. We can cook. Growing up in Maryland, of course, it was the crab cakes and the seafood and the blue crab cakes,” Leonard shares. Apparently, the only way to make a blue crab cake correctly is with loads of crab, a little filling and some Old Bay seasoning.

Leonard’s maternal grandparents were a big influence during his childhood. In fact, it was his grandfather who taught him how to cook. “They would make some big meals on Sundays, church family groups, Sunday meals,” he says.  “I try to keep that tradition that my mother and parents had for me that we would have Sunday dinner,” Leonard says. “It’s one of the things that we always do is have family dinner no matter what was going on.”

His grandfather must have known what he was doing, because not only did he cook for the family and church, he also cooked for muscle and power. “My grandfather would cook for my father during training camp, so I would be in the kitchen. I was sitting there learning from him, watching him,” says Leonard.

He would call on the teachings of his grandfather as a young adult and later in life claim,  “I became like a MacGyver in the kitchen,” after experimenting and learning to cook for himself.

Today he holds the title of master chef in his family as he follows in his grandfather’s footsteps.

The ability to travel when he was younger gave him a unique perspective on life.  “I was able to associate with people from all different backgrounds and I think that was one of the biggest education,” Leonard says. 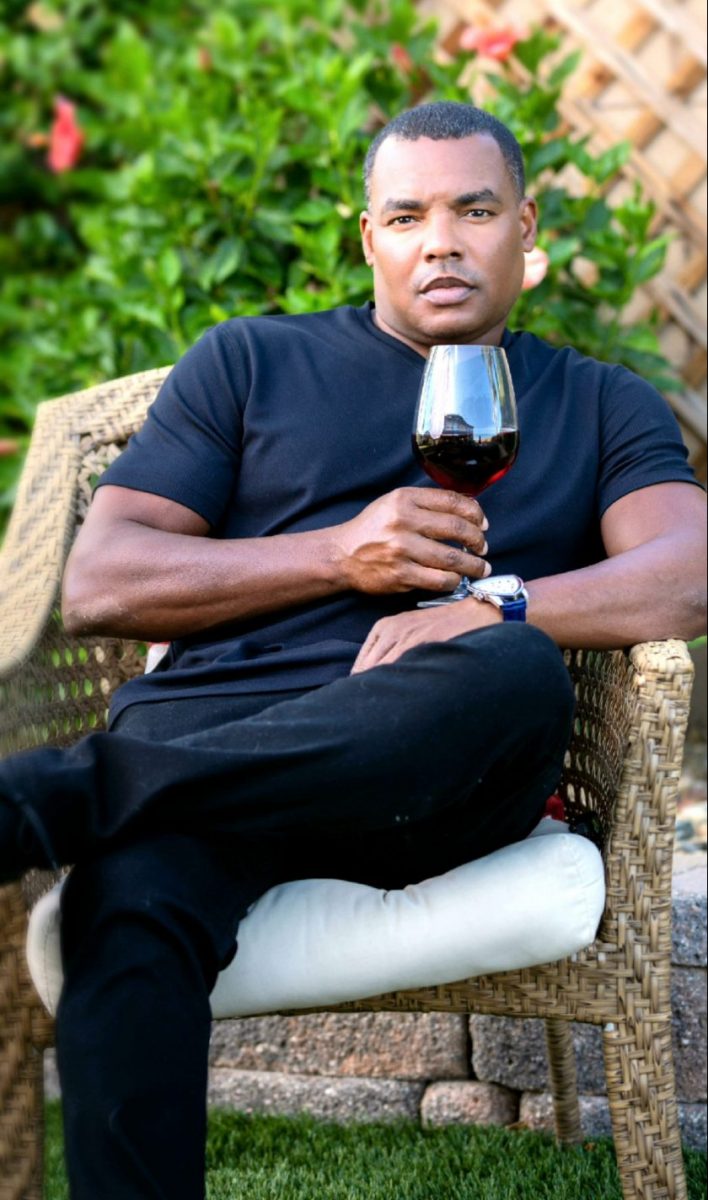 This education continued when he left Maryland to seek higher education in Ohio. Although college wasn’t really “a thing” with his family, Leonard ended up attending as a highly sought-after athlete for his football, track and field abilities. This East Coast son made a seamless transition to the Midwest, but it was all with purpose.

When he arrived on campus, Leonard had dreams of studying computer science but instead earned a college degree in sports management and business administration from Ohio University. Even though his dream of being in the NFL didn’t come to fruition, he had his education to fall back on.

After college, Leonard put his know-how to work by pursuing a career in sports management. “I thought it was just going to be a natural path. That wasn't what I really wanted to do, but it was a natural path and what I grew up in,” Leonard says.

He was an agent for a long time, representing athletes and entertainers. He built a company and then sold it. That probably sounds strange, but it wasn’t in vain. In fact, a valuable lesson was learned.

He currently holds many titles, including actor — remember the father and son 7-Up commercials — radio show host and podcaster, motivational speaker and co-owner of a media group that develops content for different types of shows. He’s even planning to do a show about his life.

The Zen of Grilling

It’s not all work and no play for Leonard. He also has a serious foodie side. Even though his grandfather was known for his butter beans, rice and fried chicken, Leonard has a few dishes he’s known for as well.

He claims to be a chef wizard when it comes to seafood lasagna, chicken marsala and linguini with clams. “I have a seafood lasagna recipe that has crab and shrimp, and the sauce is almost like an alfredo base sauce. So, it's a little bit different, but it's good,” he says.

Leonard’s wife brings something unique to the table as well: a good bottle of wine. She’s the general manager of one of the largest wineries in California. “My wife is a level three WSET,” Leonard shares. “We definitely enjoy our wine. She does all the boozy fancy stuff. She'll taste it and smell it and try to tell what region it's from. I just drink it. She picks the wine. I make the food.”

Leonard’s culinary skills go beyond the kitchen. He’s also a grill master. “My kids love when I make surf and turf. I get on the grill and make my steaks. I have a grill and a smoker. So, that’s a thing with me because I don't use regular charcoal. I use wood when I grill and smoke. For the most part, I'll get me some cherry wood or smoke wood and let it sit and get it ready. There's nothing like it.”

Finding calm in a chaotic world can be a challenging task. It can be tough maneuvering through life as the son of a world-famous boxer (especially when you’re his namesake), but Leonard has managed quite well. He’s developed a name for himself in many arenas of business and charity. 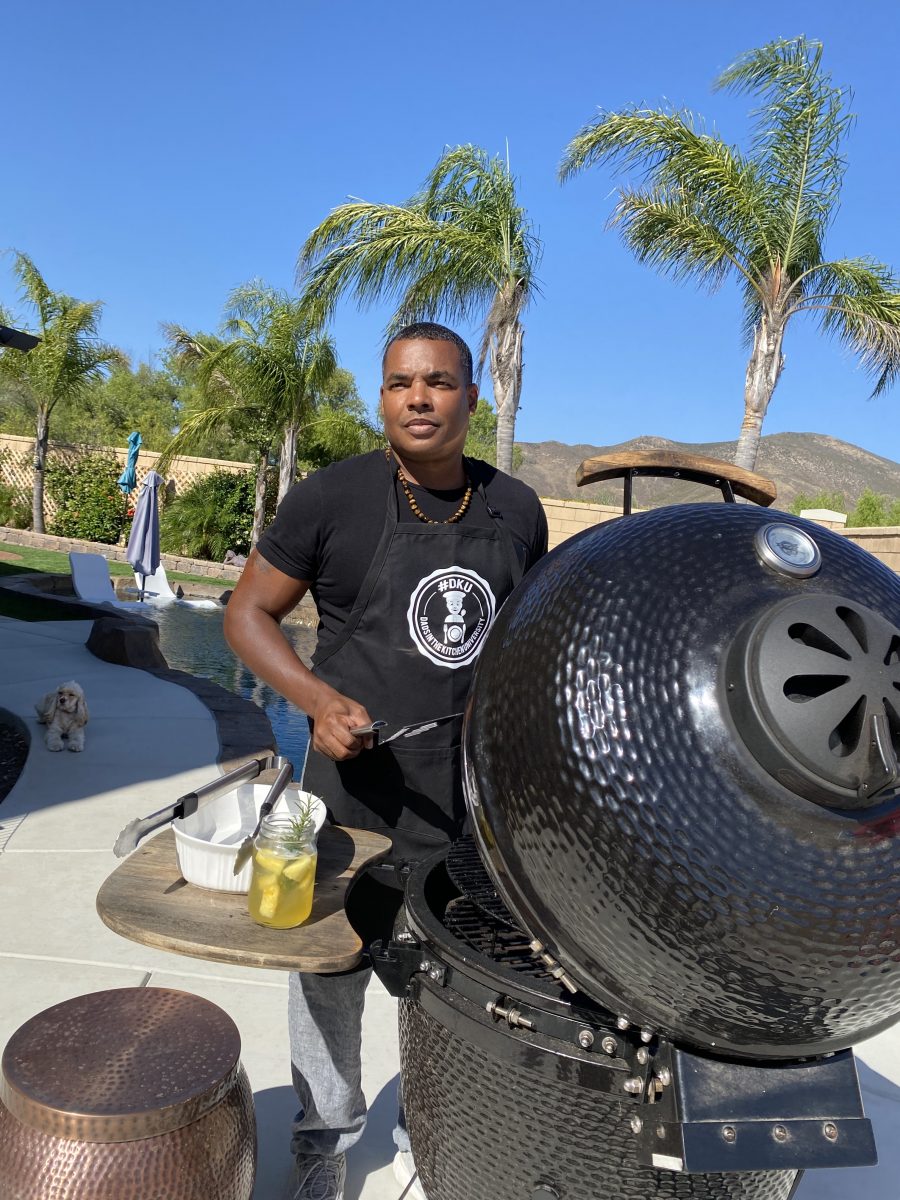 He’s also traveled the globe, interacted with different people and had the pleasure of experiencing some of the most delectable cuisines in the world. “I've been blessed the last few years to travel to so many different countries. Especially because I do a lot of speaking at the military bases and I talk about destructive behavior for soldiers. Last year, I went to the United Kingdom, London, Greece, Italy, Bahrain and Dubai. Greece has some of my favorite foods. The Mediterranean food there was so wonderful with the freshness of it, the big bowl of flavors of the tomatoes and mozzarella and cucumbers,” Leonard recalls.

“Italy was great, too. Of course, you've got to get the pasta in Italy. And then, one of my favorite places is kind of off the beaten path, New Zealand. It's for the wine and for the food. It's mostly farm area and mostly the beef products are going to be grass-fed. There are no steroids or anything so the taste is totally different, and the chimichurri sauce on the steaks is just phenomenal.”

Travel is an experience that expands your horizons, but for Leonard it always comes back to family. Leonard and his famous father have a good relationship now, but that wasn’t always the case. Leonard explains, “We had an up and down relationship. I remember the times when I was with him when we were doing commercials or were at training camp or when we were at different events.  Just watching him and watching the charisma that he had and how he could turn it on, then come back and be a shy and introverted person at home. You wouldn't think this person would ever be a boxer or be on stage to be able to talk to people the way he does. That was one of the biggest things to see,” Leonard says.

“And to see how a person like him could handle success was major.” But the biggest thing was seeing how he came back from failure. My father became an alcoholic and a drug addict and he's been sober for over 15 years. That's been one of the biggest things in the conversations that we have now; they’re so much more impressive and in-depth. You can see some of the things that I took from him, that are really good traits.”

Leonard took those good traits, mixed them with valuable life lessons and marinated it all in the sense of adventure. The outcome produced a blessed business and family man. “When you're constantly evaluating yourself and you constantly want to be better every single day, you have to look in the mirror and see where your flaws are, see where you're doing good, give yourself a pat on the back for the things that you're doing really well.”