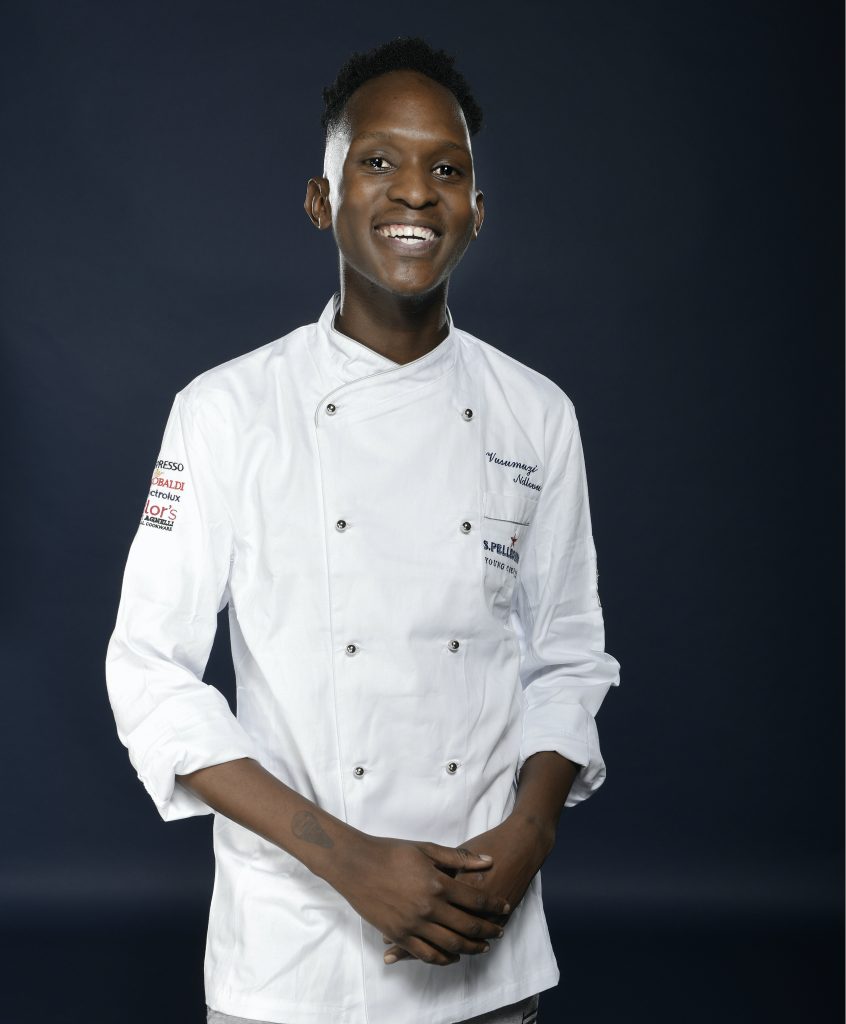 Vusumuzi Ndlovu's journey encompasses two countries: Zimbabwe where he was born and South Africa where he was raised. Ndlovu, known as Chef Vusi, prides himself on being a pariah or outcast, repeatedly rejecting status quos and using his passion for the culinary arts to elevate himself, his cultural roots, and his community.

Living Against the Grain

“I grew up with academic parents who are accustomed to the first Black son becoming an engineer or doctor and then taking care of the parents,” says Ndlovu. The young chef decided to maneuver through his life differently than expected of his parents with his ambitions. Deeper than rebellion, Ndlovu finds exhilaration from the unknown.

While cooking remains heavily necessary for ceremonial and sustenance purposes, a kitchen profession does not receive the same dignity as other academic career fields in Ndlovu's culture.

Despite this, the young culinary artist dismisses the stigma associated with culinary arts as a professional path because innovating in the kitchen bears gratification.

It took a shift in mindset for Chef Vusi to realize that it was acceptable for him to seek his love for cooking and live in his lane. “Growing up in an environment where you always have to be the top student is intense. It's not good for young people trying to find their feet.”

Beyond vocational training, becoming a chef requires grit, innovation, and the willingness to absorb lessons.

“Growing up, I learned from my cousins cooking and watching them. But when I first got to a professional kitchen, it felt like I knew nothing,” he says.

As young as 17, learning the dynamics of kitchen culture was imperative for advancement to Ndlovu. The ins and outs of his early culinary experiences involved understanding the lack of patience across the chef team and also leaving his ego at the door.

“Everyone seems to think that they deserve to be in certain positions because they did years of culinary school. It's important to pay your dues in the kitchen,” says Ndlovu.

While remaining in gratitude for the opportunity to learn and grow in various restaurants,  Ndlovu recognizes the double-edged sword of working in cut-throat environments. “All of the profanities are not necessary to inspire passion in a chef. So many chefs end up burned out or dealing with substance abuse because of the poor treatment,” he shares.

Other obstacles in the kitchen for the chef included navigating racial assumptions about Black people. “When I would enter a kitchen, people would be surprised that I spoke English because I am Black,” he recalls.  Despite these microaggressions, remaining focused on his craft and staying true to those that came before him allowed for his prosperity.

With the desire to push new limits with ingredients, Ndlovu discovered solace from cooking competitions.

While his first competition back in 2015 did not yield a win, a vital lesson in identity arose. “That year, an Italian guy won the competition by making an Italian dish. I looked down at my dish and remember wondering where I was on the plate.”

Ndlovu's persistence kept him competing. “When I entered the competition again, I made a dish with fermentation practices that my grandmother used, and then I won that competition,” says Ndlovu. Learning how to adapt and incorporate his authentic roots paved a pathway for Ndlovu to distinguish and elevate himself.

Living up to the title of Best Young Chef in Africa

Beyond winning competitions, Ndlovu aspires to leave a culinary legacy. “With a restaurant, there's more recognition than with a competition because it's something permanent,” says Ndlovu, who is currently working on opening his first restaurant in South Africa.

From his early culinary teachings and competitions, maintaining the same ethos of keeping himself represented in the dishes will remain a priority at Edge, his new restaurant. Edge will feature a progressive cuisine rooted in the African diaspora. “I have realized is that the greatest chefs are the ones that have always stayed true to their region, where they come from, and their roots,” he says.

Ndlovu is the founder of an African Culinary Library. This repository of information connects producers, suppliers, creators, and buyers of goods and services rooted in various African cultures.

Further, Ndlovu is starting a non-profit organization in South Africa called the Judith Project that trains school lunch staff in cooking and maintaining a kitchen. “There are problems with school nutrition in poorer communities. The people that cook for the kids do not get a lot of money to feed them or training,” he says.

What propels Ndlovu ahead is consistently ideating and dreaming up innovations. He approaches his path forward with a mindset of having no ceiling. “Sometimes I feel like people think there is a calculator in their head telling them where they should be in life by a certain age. It's important that we run our own race.”

For more information on chef Vusi Ndlovu, visit his Instagram, African Culinary Library, and check out his episode on the Freshly Squeezed podcast.