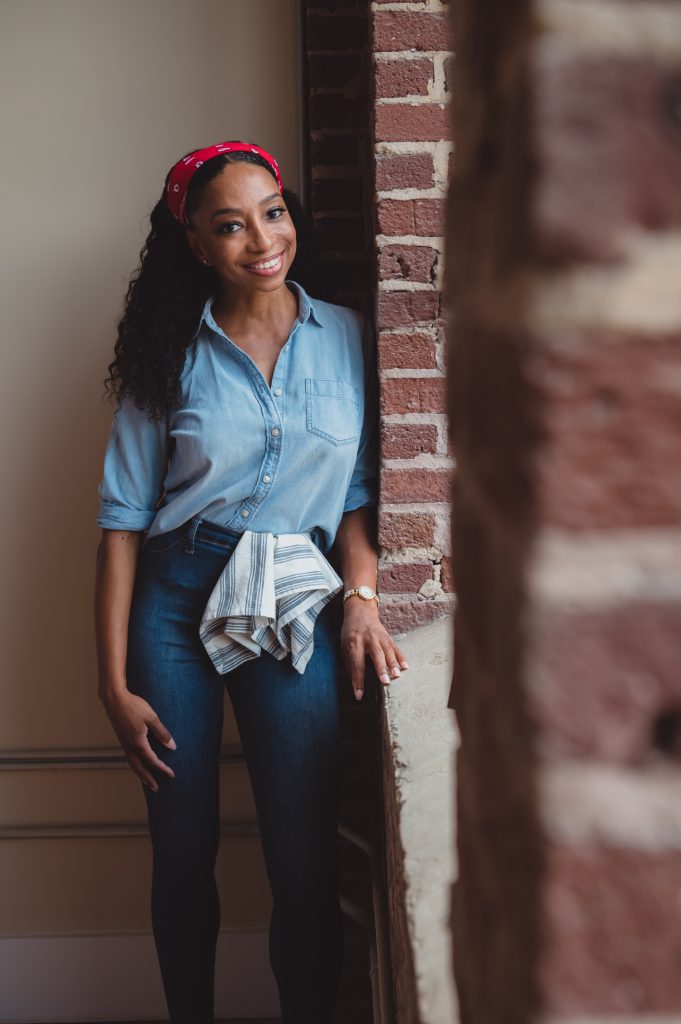 This year might seem like the worst time to introduce a new product with the coronavirus pandemic shuttering businesses. The founder of Barlow's Foods sees it differently. After all, people are spending more time than ever at home. Tiffani Neal thinks it is the perfect time for people to come together around the breakfast table. “When good food is there, and you are enjoying yourself, I just find that a lot of times those are the memories that we hang onto, and those are the memories that tend to live on with us.

The Atlanta entrepreneur brought Barlow’s Original Pancake Mix to the marketplace in August of this year. Her vision of hot pancakes on plates has everything to do with her childhood memories of family meals. “It’s just a time to sit down and relax. My inspiration is from my family and my grandfather, so that is everything that our brand and our company stands for today,” says the founder of Barlow’s Foods.

Neal spent a lot of time in the kitchen growing up. She was cooking by the age of eight, and her fondest memories are associated with making and eating good food. “I remember being a teenager, and my parents went out of town for the weekend. They didn’t buy any groceries, but I had enough to make pancake mix. My friends and I had pancakes the whole weekend,” Neal says.

That might have been the first clue life gave her about her future as a food producer. Neal left her corporate job within the past year to focus on the company named in honor of her grandfather, Arthur “Barlow” Harris. “He was always a family man and very hard-working,” says Neal. “When this project came about, it made sense. It seems as if he planted a seed, and I’m bringing it to life.”

Her grandfather, a U.S. Army veteran, spent long hours working on California farms in Arvin and Bakersfield. Neal remembers him as a very cool guy who was unassuming and direct. Although Harris did not own any land, his granddaughter has not forgotten his dedication to producing food and sharing memorable meals at the family table. “It’s one of the reasons this is so important to me. He put all that work in, and where’s the reward? All of what he did wasn’t in vain because of what it created now,” Neal says.

Barlow’s Foods began in 2018 with Neal developing recipes, designing packaging and completing the process of creating a brand and trademark. Nothing happened the way she imagined it would. “That was probably one of the first challenges, getting creative and allowing myself to have flexibility on how things are done,” says Neal.

It took considerable flexibility and creativity for the entrepreneur to find the right people to make the Barlow’s logo and red bag she had in mind for the pancake mix. The challenges piled on from finding a designer who didn’t want $20,000 to do the logo to the Chinese and U.S. companies that failed to produce the packaging promised. “Packaging was a huge challenge. We were finally able to find someone in Georgia where everything worked out the way it was supposed to work.”

Neal also found herself pushed out of her comfort zone by the need to market her pancake mix on Instagram, Twitter, Facebook and other social media platforms. “It’s great that we’re able to reach people we would never have been able to get in touch with before, but it is definitely a learning curve and a little bit challenging.”

Her experiences starting a company have given Barlow’s founder new insights into what it takes to go from idea to actual production. Neal believes it is critical to understand who you are, why you are going into business, and how to remain creative and flexible. “Be honest with yourself. When you have that clarity going into something, it allows you to be open to the opportunity that you might miss if you go into a situation with a closed mind.”

Neal offers flexibility to the consumers who buy Barlow’s Original Pancake Mix. It is available online or in Atlanta area locations, including Cultured South Tap Room, Hodgepodge Coffee House and Provisions on Main in Duluth. “Our traditional recipe calls for milk, butter and eggs, but you can enjoy it with almond milk or coconut milk. We have different recipe options on our packaging.” The mix itself has just four natural ingredients. “They are organic unbleached flour, baking powder, pure cane sugar and Himalayan salt,” Neal says.

As the creator, she put a great deal of thought into what customers would put on the table. Neal wants her pancake mix to stand out from the typical products found on many store shelves. “The taste, the flexibility, the ingredients, and the thought that has gone into the product is something that sets us apart. You're able to get a substantial amount of pancakes out of the bag we offer.”

Each bag of Barlow’s makes approximately 18-20 pancakes. A single bag sells for $7.99 and a two-pack for $14.99. “We’re woman-owned, and everything is made locally currently. We’re in a commercial kitchen, and we’re going through the process of making the mix every step of the way,” Neal says.

One thing comes with the pancake mix that people of any gender, race or class can understand. That is fellowship and a chance to connect by sharing a meal. “I definitely want Barlow’s to be a household name. I want it to be nostalgic,” Neal explains. “I want people to grow up and say, ‘Oh, I remember eating Barlow’s pancake mix with my mom or my dad. I remember on weekends, we would have brunch with the family, and there was always a bag of Barlow’s Pancake Mix.”’

Neal envisions Barlow’s Foods owning the breakfast space in stores nationwide and on its website. In her mind, she represents a brand that is much larger than a product or her humble beginnings growing up with a single mom and farmer grandfather. “It’s important to have tangible examples of what you can do in this world. I feel like I want to do that for those who came before me, but also to pay it forward by being an example to younger people in my family.”

The entrepreneur feels she is making the most of her talents in ways that reflect her creative spirit and love of cooking. She believes by maximizing resources with the three contract employees on board, the company will be able to introduce new breakfast products along with the pancake mix within the next 18 months. “We are working on some additional recipes that will be under the Barlow’s umbrella,” Neal says. “We just really want to establish ourselves and not confuse people by having too many things going on with our flagship offerings.”

In the meantime, Neal listens to mentors and motivational speakers to stay focused on fostering positive memories around families sharing meals together. On the Barlow’s Food website, she states that her company “was founded to provide inspiration, legacy and opportunity” for those who come after her.

Succeeding in that mission would mean generations of families enjoying Barlow’s breakfast foods and getting much more than a product. “Barlow’s is a lifestyle. I want people to see a bag of Barlow’s and want to have that experience. They see our social media or our website, and they want to eat pancakes. They want to get the bag and be that happy family they see in front of them.”